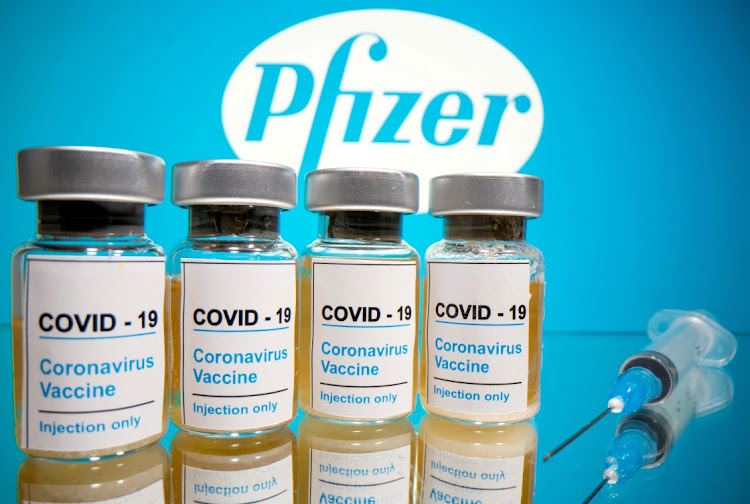 The Pfizer-BioNTech Covid-19 vaccine may be less able to protect against infection with a South African variant of the virus that has a worrying mutation, according to results of a British study released on Tuesday.

The preliminary data, which have yet to be peer-reviewed and involve a small number of patients, also suggest a significant proportion of people aged over 80 may not be sufficiently protected against new variants of the virus until they have had two doses of the vaccine, researchers leading the study said.

“Of particular concern ... is the emergence of the E484K mutation (found in the South African variant), which so far has only been seen in a relatively small number of individuals,” said Ravi Gupta, a professor at Cambridge University's Institute of Therapeutic Immunology & Infectious Disease, who co-led the study.

“Our work suggests the vaccine is likely to be less effective when dealing with this mutation.”

Britain and many other countries have begun rolling out the Pfizer-BioNTech vaccine to try to stem the spread of the pandemic disease.

While the highly effective vaccine is designed to be given in two doses about three weeks apart, Britain's government has opted to extend that time gap to up to 12 weeks to try to swiftly reach as many people as possible with a first dose.

The study released on Tuesday used blood samples from 26 people who had received their first dose of the Pfizer vaccine three weeks previously to test whether the shot would protect against two variants of the SARS-CoV-2 virus - the UK variant, known as B1.1.7., and the South African variant, which has the E484K mutation.

When testing the blood serum samples, all but seven of the participants had levels of antibodies sufficiently high to neutralise the virus — that is, to protect against infection, the researchers said.

When the scientists added all the key mutations found in B1.1.7 variant, however, they found the efficacy of the vaccine was affected, with, on average, two-fold higher concentrations of antibody required to neutralise the virus.

When the E484K mutation was added, even greater levels of antibody were required for the virus to be neutralised — with an average of a 10-fold increase needed, the researchers said.

Dami Collier, who co-led the work, said the findings suggest “a significant proportion of people aged over 80 may not have developed protective neutralising antibodies against infection three weeks after their first dose of the vaccine.”

Clinical trial data released last week on two other Covid-19 vaccines - from Novavax and Johnson & Johnson - also found the South African coronavirus reduced their ability to protect against the disease.

Covid-19 vaccines have hit SA: We answer three FAQs about the jabs

As the possibility of getting a Covid-19 jab will soon become a reality for some, questions have been raised about how the vaccine works.
Lifestyle
1 year ago

Clinical trial data on two Covid-19 vaccines show that a coronavirus variant first identified in SA is lessening their ability to protect against the ...
News
1 year ago

J&J said on Friday that its single-dose vaccine was 66% effective in preventing Covid-19 in a large global trial against multiple variants which will ...
News
1 year ago