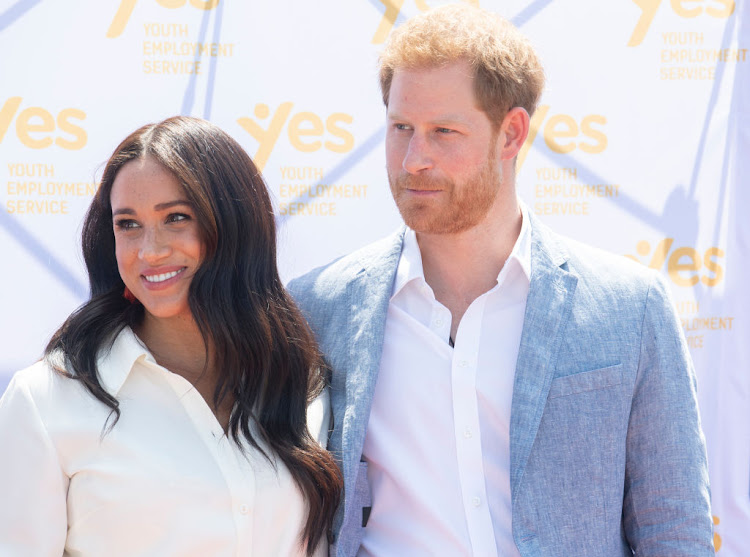 Meghan Markle has a royal bun in the oven. She and her husband, Prince Harry, announced the happy news that they are expecting their second child on Valentine's Day as a subtle tribute to the late Princess Diana.

A spokesperson for the Duke and Duchess of Sussex said they were “overjoyed” that their son, Archie, was going to be a big brother.

Here are seven things to know about the baby that's on the way:

The Sussex's revealed the gender of their unborn child during their controversial interview with Oprah Winfrey earlier this year.

harry and meghan revealing that they will be having a daughter 🥺 #OprahMeghanHarry pic.twitter.com/Jht5sl1RCC

Winfrey asked them what their reaction was when they learned they'd be having a daughter.

"Amazing. Just grateful, like — to have any child, any one or any two would have been amazing, but to have a boy and then a girl, what more can you ask for?" replied the Prince.

2. HER SURNAME IS LIKELY TO BE MOUNTBATTEN-WINDSOR

This is the surname that appears on big brother Archie's birth certificate. So it's likely the new arrival will share the same family name.

3. SHE WON'T AUTOMATICALLY BE A PRINCESS

Though baby Sussex's father is a prince, she won't automatically be a princess because of a Letters Patent issued by their ancestor King George V a century ago (read the full explanation here).

That said, thanks to this same 1917 Letters Patent, the little girl could one day qualify for a royal title if grandfather, Prince Charles, becomes king.

4. SHE LIKELY WON'T HAVE ANOTHER POSH TITLE

When Prince Harry and Meghan welcomed their first child in May 2019, the BBC reported that as the eldest son of a duke, “Archie could have become Earl of Dumbarton - one of Harry's subsidiary titles - or have been Lord Archie Mountbatten-Windsor”. 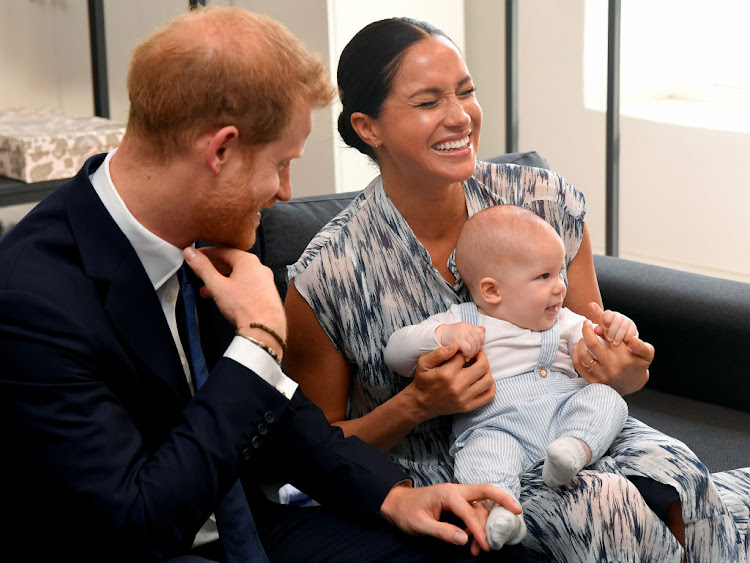 Prince Harry and Meghan, Duchess of Sussex, with their son, Archie, during their royal tour of SA in 2019.
Image: Toby Melville - Pool/Getty Images

However, judging by the way Archie's name was announced to the public, it seems his parents had chosen not to use such courtesy titles so he's just regular Master Mountbatten-Windsor.

If they follow suit with their second child, she too will be a plain old Miss, though as the younger child of a duke she'd also have the right to be styled as a Lady.

5. BABY SUSSEX MAY BE THE COUPLE'S LAST CHILD

That's if Prince Harry sticks with what he said to famed conservationist Dr Jane Goodall, while interviewing her for the 2019 issue of British Vogue that Meghan guest edited.

When discussing the effects of climate change and growing populations on the planet, Goodall asked the royal how many children he would have, and he replied “two maximum”.

Meghan confirmed "two is it” during the couple's tell-all interview with Winfrey earlier this year.

The Duchess confirmed that she's due in the summer which, given that she lives in LA, will be wintertime in SA.

The birth of former English rugby player Mike Tindall and his royal wife Zara's third child was rather dramatic.
Lifestyle
9 months ago

Another of his regal cousins, Zara Tindall, gave birth to her third child, a little boy. on March 21. Tindall is the daughter of Prince Harry's aunt, Princess Anne.

This means Queen Elizabeth will have gained three additional great-grandchildren in 2021, bringing the total number to 11.

7. A SPOT IN THE SUCCESSION

As the fifth grandchild of Prince Charles, Queen Elizabeth's eldest son, baby Sussex will have a stronger claim to inherit the British throne than some of monarch's other great-grandchildren.

However, there's a queue of seven regal relatives ahead in line for the crown. Here's where the new arrival will fall in the line of succession:

Britain's Prince Harry and his wife Meghan, the Duke and Duchess of Sussex, are expecting their second child.
Lifestyle
11 months ago

The funeral service for Prince Philip, the husband of Britain's Queen Elizabeth, will be held on April 17, Buckingham Palace said on Saturday.
Lifestyle
9 months ago

The world is waiting to see what Meghan Markle’s next move will be.
Lifestyle
9 months ago

Despite his misgivings, the monarch of Monaco - who is married to SA's Charlene Wittstock - still wished the Duke of Sussex 'the best'
Lifestyle
9 months ago