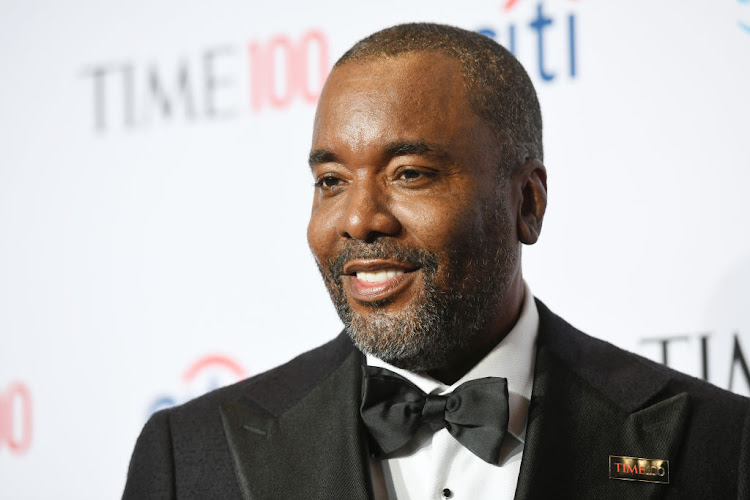 Director Lee Daniels says he's “a little ghetto, a little homo” and worries the world might not be ready for his next big idea.

“I really want to do a gay superhero movie,” the Oscar-nominated director said.

And then a gay love story - only one that ends well, too.

“I want the guy and guy to walk off happy at the end,” the 61-year-old said via a video call from his home in Los Angeles.

“I want it to end beautifully,” he said. “Some of the major Hollywood gay love stories that have come out end tragically.”

Daniels the director never stops - his current movie airs this month - and his range of Hollywood hits reveals a man who cannot be pigeonholed.

Monster's Ball, the romantic drama he produced that shot him to the top, won Halle Berry the 2002 Oscar for best actress.

Precious, eight years later, saw Daniel's own nod as director. It also garnered nominations for 'best picture' and won Oscars for Mo'Nique for 'best supporting actress' and Geoffrey Fletcher for the screenplay.

In The Butler, he follows the life of Eugene Allen, who retired as head butler in 1986 after working in the White House for decades.

Daniels was the first African-American to be nominated for both 'best director' and 'best picture' Oscars and is often the only Black, gay guy in the green room.

Is Hollywood - and society at large - ready for him?

“Hell no!” Daniels laughs, his usual accent slipping for a second.

If Daniels' career has been gilded, his upbringing was not.

Born in Philadelphia in 1959, Daniels says he had a fractious relationship with his physically abusive father, a police officer who was shot dead in 1975 in the line of duty.

“I didn't understand why he was so hard on me,” he said.

“He said to me, 'It's hard enough being a Black man — why do you have add on that gay?' It was almost like he was trying to beat it out of me.”

His latest film - The US vs. Billie Holiday - streams on Hulu in the US starting February 26, chronicling the legendary singer's addictions, affairs and activism.

Holiday may be history but her struggle for racial equality is evergreen, and Daniels focuses his lens firmly on her activism during segregation in the US.

"(Holiday) was a woman who bucked the system and sang a song (Strange Fruit) about lynching after they told her not to — and she continued to do it,” Daniels said.

“She kicked off the civil rights movement as we know it with that song.”

The film does not shy from showing her relationships with both men and women.

“I wanted to tell the whole truth,” Daniels said. “I wanted you all to see, warts and all, what Billie Holiday was about.

It also covers her struggle with addiction, something Daniels went through.

Daniels - who describes himself as a “Black, queer man” - says he cannot separate his lens from the life he has lived.

He just wishes he'd accepted it all earlier.

"(I wish I had told) my younger self that I loved myself as I was, and that is ... the only regret I have. Other than that, all my mistakes have made me the man I am today.”

In spite of its difficulties, this year still produced some excellent entertainment that made life under lockdown a lot more bearable
Lifestyle
9 months ago

At 51, the multi-talented British director has achieved more than most of his peers, writes Thembalethu Zulu
Lifestyle
9 months ago

Even traffic cops forget their duties when they stop the co-creator of Mzansi's hit soapies, 'The River' and 'Legacy'
Lifestyle
10 months ago