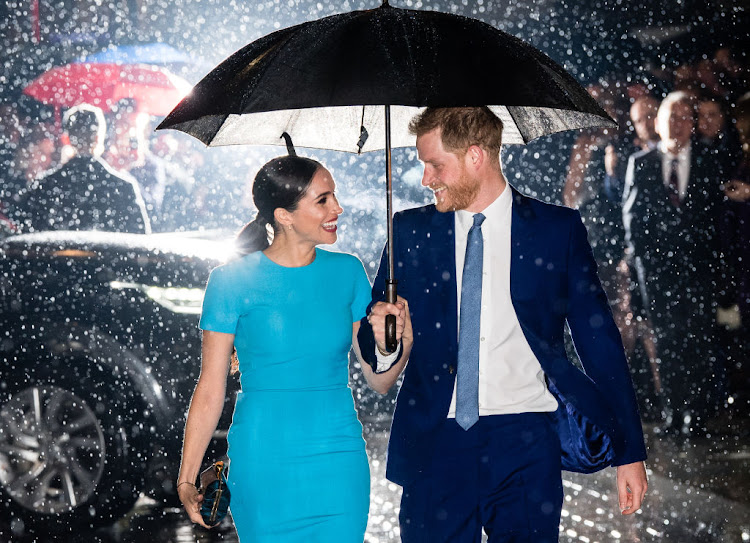 Prince Harry has denied he and Meghan walked away from the royal family, instead saying they 'stepped back'.
Image: Samir Hussein/WireImage via Getty Images

Prince Harry has denied claims he walked away from the British royal family and duties, instead insisting it was rather “stepping back” and not “stepping down”.

The Duke of Sussex confessed this during a candid but hilarious appearance on The Late Late Show with James Corden.

The interview saw Harry and Corden take an open bus tour of Los Angeles while discussing a range of issues, including the prince’s life in California, raising his son Archie and their decision to step back from royal duty.

Corden kicked things off with a tea “session” aboard the bus before showing Harry sites and stars’ houses along the way. The two then made a pit-stop at the house featured in The Fresh Prince of Bel-Air, where Corden humorously suggested Harry and his wife Meghan make an offer to purchase the house.

Things got serious when the duo touched on the subject of the couple’s split from the royal family, which was finalised earlier this month.

Harry denied the couple walked away, instead saying they viewed it as “stepping back”.

“It was a really difficult environment, as I think a lot of people saw. We all know what the British press can be like and it was destroying my mental health. Really this is toxic.

Things then took a turn for the hilarious when Corden and Harry went to a military obstacle course, where an inept Corden struggled to keep up with the duke, who has had military training.

Harry’s appearance comes a month before he and Meghan, who is expecting the couple’s second child, sit down for a “wide-ranging” interview with the queen of talk shows, Oprah Winfrey.

The interview will cover issues including their fairytale wedding, their expanding family, Megxit and their future hopes. It will air on CBS on March 7.

Prince Harry and his American wife Meghan will break their silence in their first interview since they quit Britain's royal family when they sit down ...
Lifestyle
1 year ago

The queen will deliver a televised message as part of 'A Celebration for Commonwealth Day' hours before the duo's sit-down is aired.
Lifestyle
1 year ago

Prince Harry and his wife Meghan have made a final split with the British royal family, telling Queen Elizabeth that they will not be returning as ...
News
1 year ago