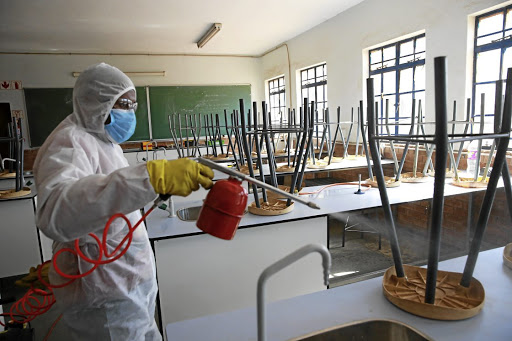 Some sobering facts about the Covid-19 pandemic, a year after it first hit SA.
Image: Thapelo Morebudi

The coronavirus pandemic has brought a time of uncertainty, tragedy and new ways of living for South Africans. Many have lost loved ones, grappled with the virus and dealt with the ravaging effects of lockdown.

SA has made many discoveries about the virus since it first hit our shores.

As the country reflects on a year with Covid-19, here are some sobering and not-so-sombre facts on the pandemic in SA:

ONE YEAR OF COVID-19: A year on from SA's first coronavirus case, here's how it compares to Spanish flu

As SA reflects on a year of heartache and mourning, here's a look at how the coronavirus has affected the world in comparison to another virus - the ...
Lifestyle
1 year ago

ONE YEAR OF COVID-19: IN PICS | A look at Covid-19 through the lenses of our photographers

SA has had its own unique experience of the Covid-19 pandemic as the country marks exactly a year since the first case.
News
1 year ago

For all the latest coverage on the Covid-19 pandemic.
News
4 months ago

ON A LIGHTER NOTE

While it's been a sobering year grappling with the virus, there have been some light moments to emerge from the pandemic. The most notable came from the national lockdown, which sparked court cases, memes, new booze brews and hit songs inspired by the government's more bizarre rules.

Here are a few notable ones:

Another grim Covid-19 milestone as Mkhize confirms 50,000 deaths in SA

A highly transmissible Covid-19 variant that emerged in Brazil and has now been found in at least 20 countries can re-infect people who previously ...
News
1 year ago

Covid variants likely to cause ‘potential fourth surge of cases’ in the US, CDC head warns

The head of the US Centers for Disease Control and Prevention expressed concern about the country's latest Covid-19 cases.
News
1 year ago