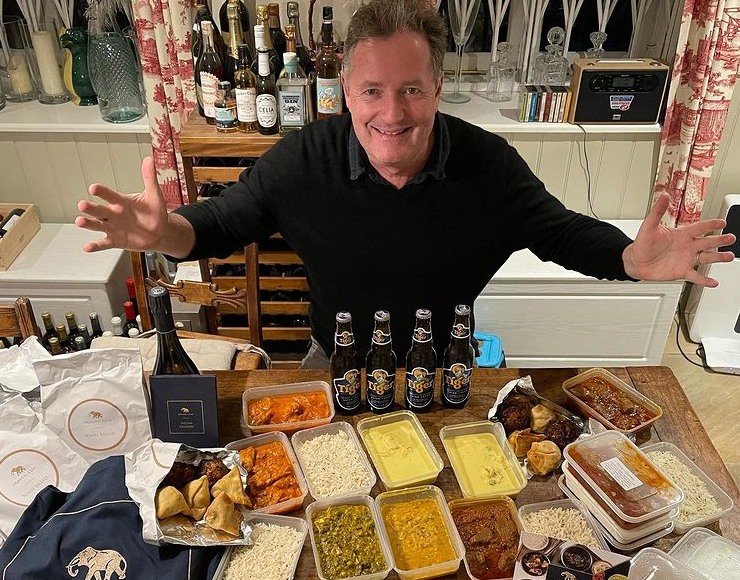 Social media has been flooded with responses to British broadcaster Piers Morgan leaving TV show Good Morning Britain after controversial comments he made about Meghan Markle and Prince Harry's recent interview with Oprah.

Some viewers threatened to boycott the show while others accused Morgan of being a bully, insisting he has an “obsession” with Markle.

His comments resulted in more than 41,000 complaints being made to the British media watchdog, Ofcom, reports the BBC.

Morgan has since defended his comments, saying he has no regrets.

On Monday, I said I didn’t believe Meghan Markle in her Oprah interview. I’ve had time to reflect on this opinion, and I still don’t. If you did, OK. Freedom of speech is a hill I’m happy to die on. Thanks for all the love, and hate. I’m off to spend more time with my opinions. pic.twitter.com/bv6zpz4Roe

Broadcaster ITV announced on Tuesday that Piers Morgan had decided to leave the show.

“Following discussions with ITV, Piers Morgan decided now is the time to leave Good Morning Britain. ITV has accepted this decision and has nothing further to add,” said the broadcaster in a brief statement.

Meghan Markle and Prince Harry opened up about how royal life affected her mental health. The Duchess of Sussex said she got to a point where she contemplated suicide.

During an episode of GMB, Morgan said he found it hard to believe that Markle's pleas for help with mental issues were ignored by the royal household, as alleged in the interview.

“Mental health and suicide are extremely serious things and if somebody is feeling that way, they must get the help they need every single time ... My real concern is disbelief that she went to a senior member of the royal household, told them she was suicidal and was told she could not have any help,” he said.

What I said on air today with regard to mental illness and suicide.
Cc @MindCharity 👇👇 pic.twitter.com/2tIDQLBeO2

Before his resignation, Morgan walked off set after he was called out by co-star Alex Beresford for his comments.

Good riddance or bad call? Here are some of the reactions:

So much joy watching this. #piersmorganIsABully and watching him realize that’s what his colleagues also think of him. So much satisfaction 🙌🏾

PIERS MORGAN IS GONE FROM GMB

The power of global condemnation💪🏾 #piersmorganIsABully

I have just heard you resigned, I will not watch GMB beginning tomorrow morning. I love Piers Morgan and I dont always agree with him but he's a damn good journalist! So sorry to see you go!

Piers Morgan: This snowflake generation gets offended at everything!

Goodbye and good riddance to a bully with a fragile ego. #piersmorganIsABully pic.twitter.com/52xdPJGNio

So sorry, Piers. You’ve been bloody brilliant at calling people to account through all of this 12 months if madness. Thank you. Look forward to seeing you again soon.

Serena Williams has written a note that has been widely shared on social media defending her pal Meghan Markle.
Lifestyle
6 months ago

Phumzile Van Damme says the UK royal family should apologise to Meghan Markle for the alleged abuse.
Lifestyle
6 months ago

Friends and the crew of the US television series Suits have come out in support of their former colleague and actress Meghan Markle, amid the ...
Lifestyle
6 months ago