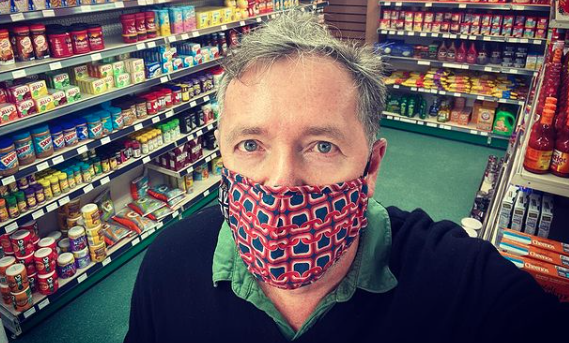 Piers Morgan has now left his job at Good Morning Britain after footage of him walking off set during a live segment went viral.

The broadcaster walked off set after he was reprimanded by his co-star Alex Beresford  following his comments about Markle.

Morgan weighed in on Markle’s interview with Winfrey which aired in SA on Monday and in the US on Sunday.

In the interview, Markle revealed she previously had suicidal thoughts due to the abuse she received after joining the royal family.

She said life as a British royal was so isolating that at one point she “didn’t want to be alive any more”.

Following the interview, Morgan said he does not believe a word Markle said.

Beresford called out Morgan’s “diabolical behaviour”, saying his “hate” for Markle was uncalled for.

“I understand that you don’t like Meghan Markle. You’ve made it so clear a number of times on this programme, and I understand you had a personal relationship with Meghan Markle and she cut you off,” said Beresford.

“She’s entitled to cut you off if she wants to. Has she said anything about you since she cut you off? I don’t think she has. Yet you continue to trash her.”

Morgan got up and walked off, shouting: “OK, I’m done with this.”

On Monday, Morgan was also silenced by Dr Shola Mos-Shogbamimu of the US after she questioned the broadcaster’s priorities.

Piers didn't like me calling him a liar and disgrace for using coverage of paper headlines of #MeghanAndHarry Engagement and Wedding while conveniently ignoring the headlines BEFORE the Engagement and BETWEEN it and the Wedding. #OprahMeghanHarry pic.twitter.com/VHRV5PsAgg

“It’s vital that when people reach out for support or share their experiences of ill mental health that they are treated with dignity, respect and empathy,” said Mind Charity.

Serena Williams has written a note that has been widely shared on social media defending her pal Meghan Markle.
Lifestyle
7 months ago

Friends and the crew of the US television series Suits have come out in support of their former colleague and actress Meghan Markle, amid the ...
Lifestyle
7 months ago

Phumzile Van Damme says the UK royal family should apologise to Meghan Markle for the alleged abuse.
Lifestyle
7 months ago