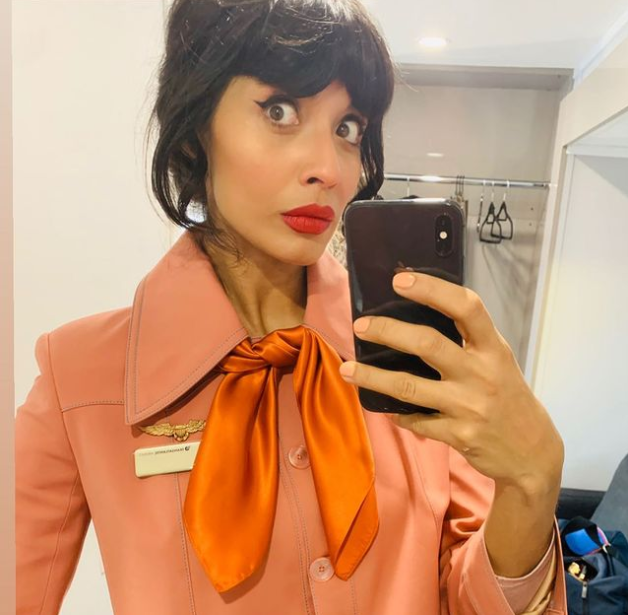 British actress Jameela Jamil sent shock waves on social media on Wednesday with her claim that she contemplated suicide last year after an attack by Piers Morgan.

“I almost killed myself a year ago because of Piers Morgan’s relentless campaign of lies and hatred against me last February,” she tweeted.

I almost killed myself a year ago because of Piers Morgan’s relentless campaign of lies and hatred against me last February. I’m glad I’m still alive today for many reasons. But watching him leave GMB today is right up there and has me feeling: pic.twitter.com/reygXIMhP9

Piers stormed off the set of Good Morning Britain (GMB) on Tuesday during a heated exchange with co-star Alex Beresford about Meghan Markle's interview with Oprah.

Hundreds sent supportive messages to The Good Place actress and others thanked her for sharing her experience.

Sounds like a vast network of women he has targeted for harassment. There is something deeply wrong with his behaviour. Something has to be done about this ugly aspect of our culture. Just gross.

I am glad you survived that.

I’m so sorry that you were a target for Piers hate & vile garbage. More importantly...I was moved by you Defining Moments episode & wanted to thank you for using your voice to advocate, support & elevate women, especially those who are underrepresented. Thank you ❤️

I've never heard of you but sorry you had those thoughts over a person's behaviour towards you. He was in my opinion great at bringing the government to task and standing up for us Nurses. Not all good but a lot

Glad you’re still with us! No one deserves to feel that way because of bullying, & finally seeing one of the loudest bullies of them all walk out for good is definitely something to celebrate! I’ve been there. I’m sometimes still there. I hope you’re sticking with us for good!❤️

What happened between Jameela and Piers?

Piers shared private messages sent by British presenter Caroline Flack in which she was complaining about Jameela's criticism of Surjury, the show she was presenting.

The reality show was about young people who wanted to change their features with plastic surgery.

E! Online reported that Jameela said she was criticising the show, which was potentially harmful to teenagers, not Caroline.

Some responses to Pier's tweet were accusations about Jameela being a bully and that she had affected Caroline's mental health.

Jameela Jamil is having a lot to say about online harassment, so in the interests of balance, here is a message Caroline Flack sent me last October after the same Jameela Jamil led an online pile-on against her regarding a new TV show she was doing. pic.twitter.com/zegVBVEseY

Piers Morgan and Meghan’s history deciphered: Why he always goes for her

Why is Piers “obsessed” with Meghan?
Lifestyle
1 year ago

The BBC reported that the office of communications (Ofcom) had launched an investigation after the British media watchdog received 41,000 complaints ...
Lifestyle
1 year ago

Footage of UK broadcaster Piers Morgan storming off the set of 'Good Morning Britain' midway through filming has gone viral on social media.
Lifestyle
1 year ago