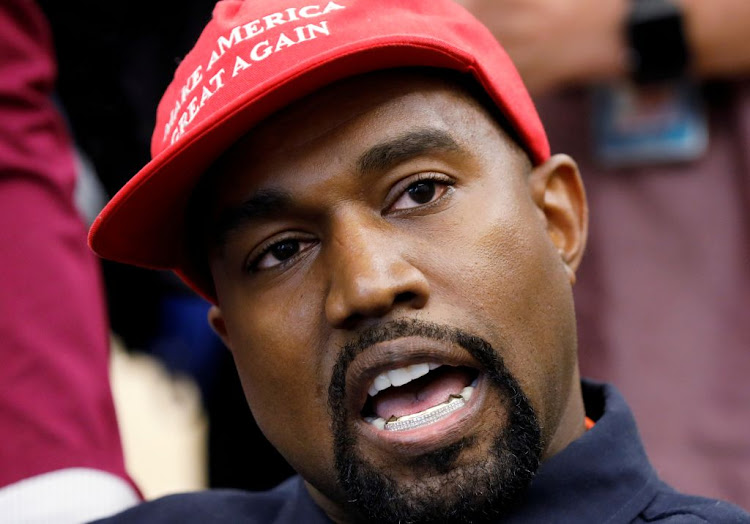 Rapper Kanye West's mega deal with Gap Inc. has added big bucks to his wealth, which was already boosted by his Yeezy collab with Adidas, Bloomberg reports.
Image: REUTERS/Kevin Lamarque

“I had a dream I could buy my way to heaven,” sang Kanye West in his track Can't Tell Me Nothing.

And now, having an estimated net worth of $6.6bn (R96.89bn) in the bank, he'll probably get the penthouse option.

Bloomberg reports that the rapper's mega deal with Gap Inc. has added big bucks to his wealth, which was already boosted by his Yeezy collab with Adidas.

West has sole ownership and creative control over the Yeezy brand and last year signed a 10-year deal to design and sell clothes for men, women and kids under the Yeezy Gap label. It excludes footwear, as that partnership stands with Adidas until 2026.

As news of his soaring wealth became public knowledge, making it a Good Morning (see what we did there), social media was lit with commentary.

Kanye West proclaiming he’ll be a billionaire in 4 years while sitting in $50 million of debt and now sitting on a net worth of $6.6 billion, achieving everything people called him crazy for saying is proof that no matter what he says he’ll do, you can never write him off.

5 years ago, Kanye West was $53 Million Dollars in debt.

Today, Kanye West is now the richest black person in US History. pic.twitter.com/Ig2Y2ppHhv

Kanye West Is now Worth $6.6 Billion, making him the richest black man in American history.
What makes me more happy is that he is not the media's darling or favorite, they have their own people, but he keeps excelling and they can't do anything about that!! pic.twitter.com/uCtTsyNPzS

Kanye West has become the wealthiest black man in American history with a net worth of $6.6 Billion

Kim Kardashian on Friday called out those who bully and body- shame others, recalling her embarrassment when she was attacked for gaining 60 pounds ...
Lifestyle
10 months ago

After months of swirling rumours Kim Kardashian and Kanye West are divorcing.
TshisaLIVE
11 months ago

US elections: Kanye West votes for 'someone he truly trusts' — himself

West's wife, Kim Kardashian, did not appear to be supporting his bid.
Lifestyle
1 year ago