Thirty-three years ago the ANC’s representative in Paris was shot in cold blood. A new documentary hopes to spark a reopening of the case 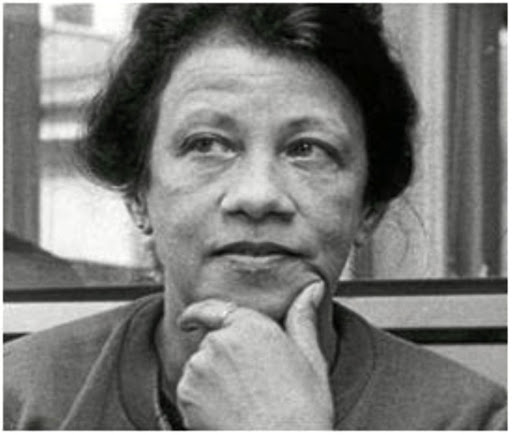 On March 29 1988, a woman walked into the building at 28 Rue des Petites-Écuries in Paris that housed the offices of the ANC in the French capital. She collected the mail and walked up the stairs to open up the office. As she pulled out her keys, five shots from a .22 pistol with a silencer were fired, knocking her to the floor, dead.

Her name was Dulcie September and she was 52 years old.

For five years she had been the ANC's representative for France, Belgium and Luxembourg and had been a vocal opponent of the French government's military support for the apartheid regime.

Her death sparked international outrage and it was widely considered a desperate and despicable act by the apartheid regime, who many believed had sent a hit squad to Europe to take her out. The apartheid government vehemently denied any involvement in the assassination of September, pointing out that it would have been foolish for them to stoke already high-pitched anti-apartheid sentiment by killing an ANC representative on European soil.

An investigation conducted by the French concluded four years after her death found that there was insufficient evidence to prosecute anyone for September's murder - in spite of the fact that investigators had failed to interview key witnesses and associates who may have been able to shed light on what September had been doing before she was killed.

A further investigation by the Truth and Reconciliation Commission in the 1990s also failed to produce any conclusive resolution for September's family and former comrades.

Investigative journalist and former member of the Dutch anti-apartheid movement Evelyn Groenink spent almost three decades trying to get to the bottom of the murky swamp of covert international relations, corporate interests, red herrings and dead ends that surrounded the killing.

Her conclusion, published in her 2018 book Incorruptible, was that September was most likely murdered not by agents of the apartheid state but rather by killers linked to French military intelligence who were keen to protect the interests of French arms companies looking to ensure that they wouldn't lose lucrative contracts with the apartheid regime. It's probable that they also wanted to ensure that should apartheid fail, they would continue to be able to sell arms to the new democratic government.

Her revelations, while covered in South African and international media after the publication of the book, didn't spur the French government to reopen their investigation into the case.

That might change now, thanks to a new documentary by Director Enver Samuel called Murder in Paris, which weaves the story of September's death with that of Groenink's investigation to create a chilling portrait of a woman whose dedication to truth and courage proved too much of a threat to those whose interests she jeopardised.

QUEST FOR THE TRUTH

Samuel's film includes rare archival footage of September and her funeral — which was attended by tens of thousands of political comrades and anti-apartheid activists on the streets of Paris in April of 1988.

There are interviews with Groenink, members of the September family, colleagues and friends of September, former deputy minister for foreign affairs Aziz Pahad and apartheid "super spy" Craig Williamson. 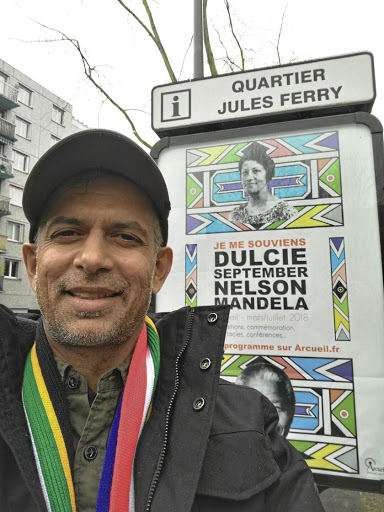 Samuel says: "Once I saw that first image of her it transformed me in my quest to finish the documentary. I knew I had to keep going because hearing her voice, her tone, her accent and her delivery - people had talked about her so much but for me, this was the defining moment. It opened the door into who she was."

Three weeks into a five-month contract for the filming of the reality-TV series My Kitchen Rules - a field in which Samuel has frequently worked to the pay the bills over the years - he heard that the 30th anniversary of September's death would be marked by a week-long programme of events held in her memory in Paris. Samuel decided to leave his contract with the reality show, borrow money from his home loan and finance a crew to accompany him to Paris for the commemorations, much to his wife's displeasure.

"Those are the sacrifices you make if you really care about a story. I did. I don't regret making that sacrifice because going there gave me access to the person at the mortuary who identified her body, her French translator - people like that."

Samuel hopes the film will raise awareness about who September was and about who could have been responsible for her death. He also hopes it will help to reopen the case in France.

As a result of the documentary and the evidence it presents, French lawyers acting on behalf of the September family and with the support of the Nelson Mandela Foundation have petitioned the French judicial authorities to reopen the case into September's assassination.

The film is accompanied by a campaign that will include school and university screenings, a Nelson Mandela Foundation event and - for the first time in 32 years - an event at the French embassy in Pretoria on the anniversary of September's death.

Samuel says he hopes audiences will say, "Dulcie September! What a remarkable woman! I wish I knew more about her."

He also hopes the film will show that the ANC wasn't only populated by the male figures we know about today. "There were some really hard-hitting women in power who were trying to make inroads into the male patriarchy."

Are we any closer to exposing stalwart Dulcie September's killers?

Before she left for exile in 1973, Dulcie September was a schoolteacher. A serious one, writes Evelyn Groenink.
Opinion & Analysis
1 year ago

The film gained international success after its release on Netflix in September last year.
Lifestyle
1 year ago

From Netflix to film festivals, local series and movies are doing us proud on the world stage, but the industry still faces tough challenges
Lifestyle
1 year ago