The lasting impact of banned apartheid book, 'House of Bondage'

What could be more subversive than a record of the everyday pain of apartheid SA? No wonder a seam of censorship runs through the history of the photobook, writes Sean O'Toole 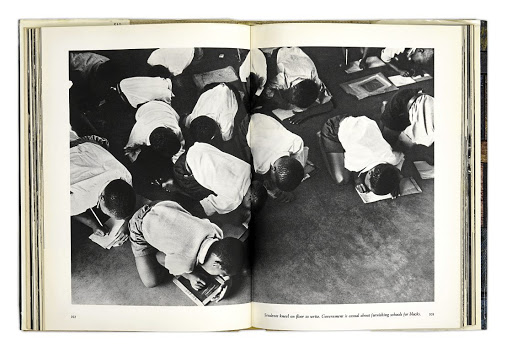 'Government is casual about furnishing schools for blacks,' Ernest Cole captioned this photo in his book 'House of Bondage'.
Image: Ernest Cole

One morning in 1975, Nadine Gordimer, a writer acquainted with the insecure apartheid state's dislike of books, visited the central library in Johannesburg. She asked a librarian for a large book stored in a locked glass-fronted case. The loose-leafed volume she carried to a desk was bureaucratic in nature, being largely composed of an alphabetical list, but it nonetheless proved a real page-turner.

"It occupied me the whole morning," wrote Gordimer of Jacobsen's Index of Objectionable Literature, a commercially produced summary of all the books banned by apartheid censors. "It was, in a sense, the Book of Books, whose word is set up against that of others."

A staple of libraries and newspapers, Jacobsen's Index was a canny business tool that piggybacked on what Gordimer in 1963 had described as the "sin-mongering and all-devouring system" created by newly promulgated censorship laws.

Pornography and politics were the principal targets of apartheid censors, but Jacobsen's Index - which distilled orders appearing in the weekly Government Gazette - also listed books such as Jane Rule's literary survey, Lesbian Images (1976), Anton LaVey's collection of essays and rituals, The Satanic Bible (1969), and Ernest Cole's photobook, House of Bondage (1967).

For anyone interested in the history of the South African photobook and its status
as a niche collectible, censorship is an unavoidable theme. Cole aside, other local photographers listed in Jacobsen's Index included Omar Badsha, Peter Magubane
and Eli Weinberg. 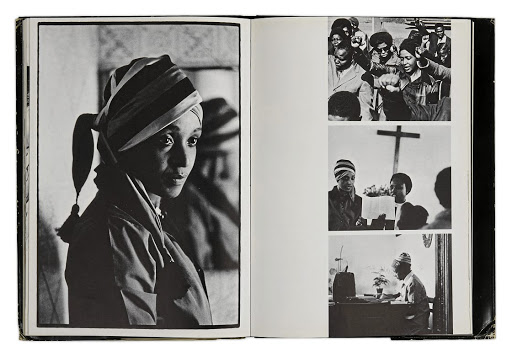 What makes a book dangerous? I have repeatedly returned to this question during research for an exhibition on South African photobooks later this year at A4 Arts Foundation in Cape Town. When does a book of photos placed in sequence and juxtaposed for effect become subversive? What makes a photobook fissile matter?

Pretoria-born Cole's debut book containing 183 photos organised into 14 chapters offers many clues. House of Bondage was published in New York in 1967, and a year later in London. Its scope is broad and thematic, but it is Cole's photos of crowded train commutes, brutal work circumstances, impoverished schools, police harassment and bullying municipal signage that resonate most.

In the introduction Cole summarises his investigation into the circumstances of black city dwellers in 1960s SA as descriptive of the "extraordinary experience to live as though life were a punishment for being black". Cole's book was banned in May 1968 following favourable US reviews. 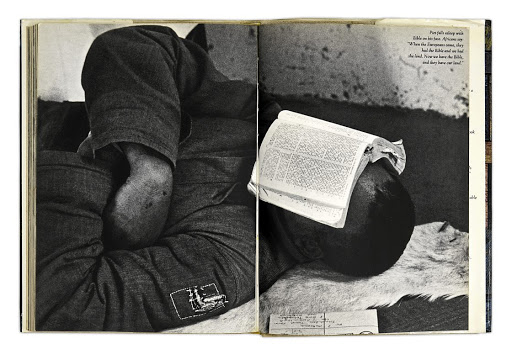 Piet Mokoena, from Frenchdale on the KwaZulu-Natal south coast, where Ernest Cole spent five days. The caption for this photo in his book, 'House of Bondage', reads: 'Africans say: "When the Europeans came, they had the Bible and we had the land. Now we have the Bible, and they have our land." '
Image: Ernest Cole

Censorship is consequential. Unread books have no power. Copies of House of Bondage did, however, find their way into apartheid SA.

Cape Town-based Badsha recalls first seeing House of Bondage at famed local photographer David Goldblatt's home in Johannesburg. It was the mid-1980s. Badsha was overseeing an exhibition project in Cape Town linked to the second Carnegie inquiry into poverty and development in southern Africa. The exhibition culminated in a photobook edited by Badsha.

The Cordoned Heart (1986) is a remarkable document of black servitude and anti-apartheid resistance expressed in 136 photos by 20 photographers, among them Badsha and Goldblatt. Writing in the introduction, Badsha states that Cole's book had been an immense influence on young photographers who had seen it. It was a brave statement. 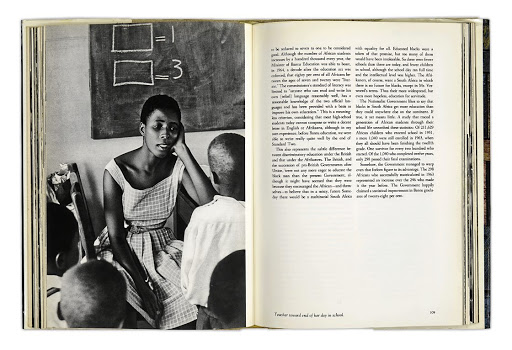 An unidentified teacher, likely from Ga-Rankuwa northwest of Pretoria, battles fatigue in this image from the book 'House of Bondage'. The author, Ernest Cole, reported that one school had three teachers for 700 students.
Image: Ernest Cole

"A favourite police harassment trick in the apartheid years was to raid the house of some luckless person, discover a banned book in their bookcase and, waving it triumphantly, announce the book's owner was under arrest," reads a passage introducing Cole in artist Sue Williamson's 2009 book South African Art Now.

Williamson, who turned 80 in February and will present an exhibition of new work in London this month, was familiar with this harassment. Badsha too. His debut book, Letter to Farzanah (1979), had been banned shortly after its release - and not because of its underage subjects, as was the reason given for suppressing Will McBride's controversial sex education book Show Me! (1975). 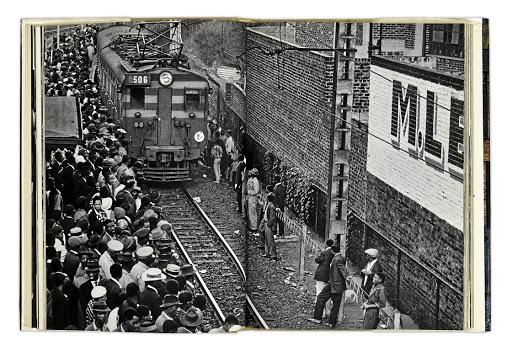 Apartheid censure was relational. Fatima Meer's Institute of Black Research enabled the publication of Letter to Farzanah. Meer, a storied anti-apartheid activist, academic and author of the photobook Portrait of Indian South Africans (1969), was at the time a banned person.

Cole left his homeland in 1966 on the pretence of visiting Lourdes, a major Catholic pilgrimage site in France. The subterfuge enabled him to fulfil a long-standing ambition. The gift of a book in 1959, photographer Henri Cartier-Bresson's The Decisive Moment (1952), which he later traded for a copy of the Frenchman's People of Moscow (1955), galvanised Cole's ambition to organise his photos into a book.

"I knew what I must do," wrote Cole in the influential African-American magazine Ebony in February 1968. "I would do a book of photographs to show the world what the white South African had done to the black."

It was, Cole conceded, a dangerous idea. Informants might rat him out; he could end up in jail, or worse.

"I knew that I could be killed merely for gathering the material for such a book and
I knew that when I finished, I would have to leave my country in order to have the book published." 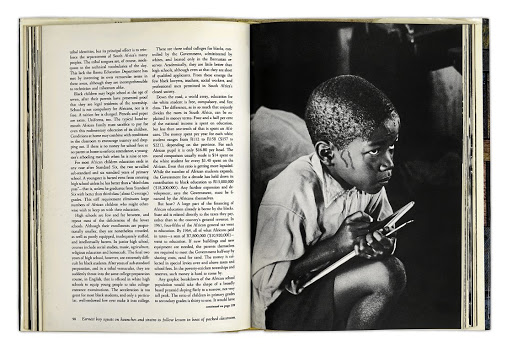 One of the best-known photos from 'House of Bondage', which author Ernest Cole captioned: 'Earnest boy squats on haunches and strains to follow lessons in heat of packed classroom.'
Image: Ernest Cole

Many photographers have subsequently travelled abroad to publish a photobook, among them Magubane, Pieter Hugo and Zanele Muholi, but Cole is unique in having been banished. He applied for a permit to return home in the late '60s, but was refused. He died, broke and unremembered, in New York in 1990. He was 49.

House of Bondage is Cole's monument, a record against forgetting. It is one of only a handful of South African photobooks included in Martin Parr and Gerry Badger's international survey of The Photobook: A History (2004-14). They describe Cole's book as "a work of genuine quality … as much sociological document as essay and polemic".

In 2009 the photo historian Darren Newbury hailed it as "one of the most significant landmarks in South African photography" in his book Defiant Images.

Praise is persuasive for collectors. A first-edition copy of House of Bondage with dust jacket intact can now easily fetch R3,500. Along with Goldblatt's Some Afrikaners Photographed (1975), which provoked howls of outrage when it was published, but wasn't banned, House of Bondage is the most requested book at Clarke's Bookshop in Cape Town, a key destination for photobook collectors. 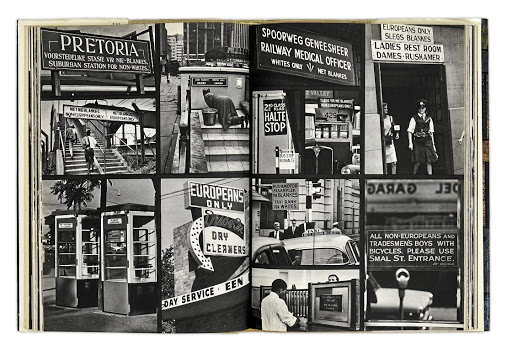 'The infectious spread of apartheid into the smallest detail of daily living has made South Africa a land of signs,' begins a chapter of 'House of Bondage' on the bureaucracy of a city whose ambition was to be a whites-only enclave.
Image: Ernest Cole

Resale values can, though, distort the meaning of a book. House of Bondage is an archaeological remnant of a time when books were viewed as subversive threats. Despite its age, Cole's book of photos remains influential for a new generation of photographers.

In January, Tate Etc., the magazine of Britain's Tate museums, published an essay by photographer Lindokuhle Sobekwa. In it the young documentary photographer describes first coming across House of Bondage when he was 17. Sobekwa was struck by the "sensitivity and deep concern" Cole had for the people he photographed, and immediately became a fan.

"As a 'born-free' who grew up after the end of apartheid, I can still connect and relate to his work and experience," writes Sobekwa, who has just published his debut photobook, Daleside, a sympathetic portrait of youth and alienation set in a Midvaal community, produced in collaboration with French photographer Cyprien Clément-Delmas.

"We were both black children growing up in the townships. Conditions may have since changed - but not enough."

Virtual exhibit 'Hotel Universo' allows you to page through three books of the photographer's captivating images - with fresh commentary from the man ...
Lifestyle
8 months ago

'Microlight': A photographic memoir of a son's quest to understand his father

Ruth Seopedi Motau is a South African photographer whose fascinating professional history is surpassed only by the timeless appeal of the images she ...
Lifestyle
10 months ago
Next Article