Despite his misgivings, the monarch of Monaco - who is married to SA's Charlene Wittstock - still wished the Duke of Sussex 'the best' 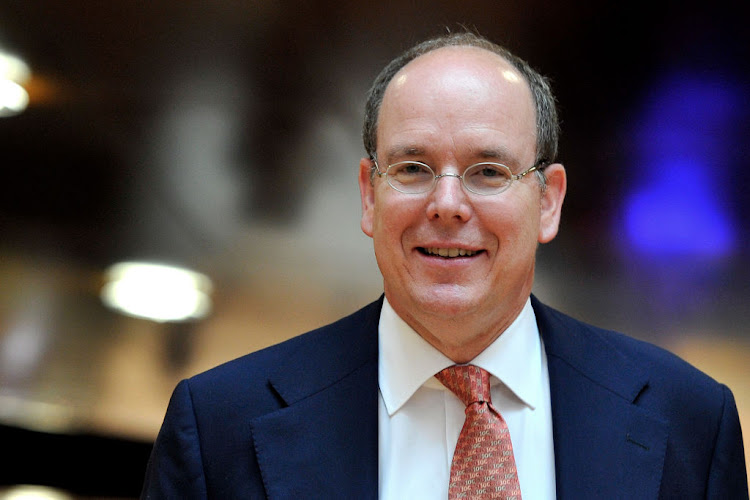 Prince Albert of Monaco — who is married to SA's Charlene Wittstock, a former Olympic swimmer — weighed in on the Duke and Duchess of Sussex, Prince Harry and Meghan's, recent sit-down with Oprah Winfrey, saying it “bothered” him because of the way the matter was handled.

The prince made these remarks during an interview on BBC World News on Thursday.

Earlier this month, Prince Harry and his wife Meghan made some explosive revelations during a two-hour interview with Winfrey.

The duo talked about a range of issues, including how racism drove them out of the UK and conversations and concerns about their son Archie's skin tone. Meghan claimed that there were concerns before he was born about how dark the tot's skin may be. She claimed this was among the reasons the child was denied a princely title.

In a rare interview, Prince Albert of Monaco gives advice to Prince Harry "this type of public display of dissatisfaction... these types of conversations should be held in the intimate quarters of the family... it did bother me"
booked by the indefatigable @SamMcAlister1 pic.twitter.com/oB5sPCe8d4

Prince Harry also spoke about his relationship with his father and brother, revealing that it remained strained after the decision to step down as working members of the royal family.

Queen Elizabeth and Prince William have since responded to these claims, with the latter denying the family was racist.

Prince Albert told BBC interviewer Yalda Hakim that while he understood “the pressures they were under” he felt that such discussions were best conducted within “the intimate quarters of the family”.

“It doesn't really have to be laid out in a public sphere like that, so it did bother me a little bit. I can understand where they're coming from in a certain way, but I think it wasn't the appropriate forum to be able to have these kinds of discussions.”

Asked if he had any advice for the duke, who's just landed a new job at mental health firm BetterUp, Prince Albert said he wished him “only the best”.

“It's a difficult world out there and I hope he can have the wisdom to make the right choices,” he said.

The royal family admits that "more needs to be done", according to a source.
Lifestyle
1 month ago

The mystery of the “white lady” and her identity drew the most attention among social media users following King Goodwill Zwelithini's memorial ...
Lifestyle
1 month ago

The Duke of Cambridge is the first royal to publicly address the racism allegations levelled against the royal family.
Lifestyle
2 months ago

The birth of former English rugby player Mike Tindall and his royal wife Zara's third child was rather dramatic.
Lifestyle
1 month ago

Of Queen Elizabeth's soon-to-be 11 great-grandchildren, only three are princes and princesses — here's why.
Lifestyle
1 month ago
Next Article