The former governator and action star does politics and self-promotion on his feed, but it's his love for his mini farm animals that's getting all the hearts 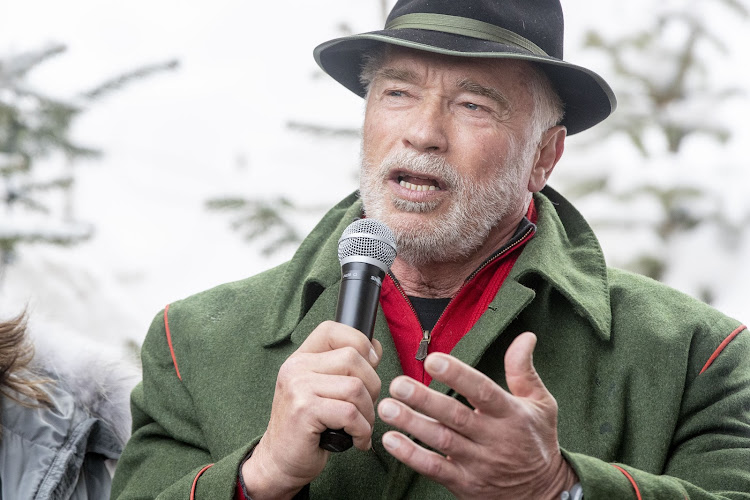 Forgive me, for I have sinned. I like Arnold Schwarzenegger — more than just a little.

I confess I’ve never watched The Terminator, but I loved Total Recall. It has some memorably last-century lines. “What you been feeding this thing?” asks brunette actress Rachel Ticotin groping Arnie in a bar. “Blondes,” is his deadpan reply. “Well, he’s still hungry,” is her comeback line.

But Arnie has moved with the times, and while he is on the red side of the American flag, he does fall into his own “Never Trump” category of Republican and uses his platform as ex-governor of California to voice his concerns about climate change and is vociferously anti the politicians in his party who backed Trump.

But it’s his Instagram persona that’s captured my heart and kept my spirits buoyant during “these difficult times”. Arnie’s Instagram is a mixture of bland self-promotion, inspirational pro-democracy speeches, scenes from his day-to-day life and, well, weightlifting. Who woulda thunk?

Screen time is precious, so look out for these on his account:

BIG GUY ON A SMALL BIKE

Muscle-bound Arnie loves to explo-wa (think Austrian accent) his surroundings on his tiny mountain bike. There are few things on the Instaverse as adorable.

Some of the ’grams straddle the line between narcissistic and super cute. Schwarzenegger-on-Schwarzenegger is a common theme on his Insta, but he makes it inoffensive by being so grandfatherly. A few weeks ago, to celebrate his first bike ride after his heart surgery, he rode past an enormous graffiti of himself in his heyday in Venice Beach, California.

This is justification for his 21.5-millions followers. Arnie has what every kid dreams of, a mini pony called Lulu and a velveteen mini donkey called Viskee (Whisky). Adventures in the Schwarzenegger home include the equine-appropriate eating of carrots and less horsey working out in the gym.

Whatever they’re doing, they look delighted to have wound up in a mansion in California with the ex-gov. Arnie told talk-show host Jimmy Kimmel that only once did they poop indoors, but said the scent wafted together with that of cooking Wiener schnitzel, “so it was fine”.

Though Arnie spends some of his posts espousing politics, there’s still a delightful emptiness at the heart of his Instagram account and this, more than anything else, is what makes it a welcome break from reality … oh, and that accent!

US model Chrissy Teigen posted a thread on the platform on Wednesday where she shared her reasons for deleting her account before removing her ...
Lifestyle
2 weeks ago

'The Andersons' will help you laugh away the lockdown blues