Anthony Hopkins gives a career best performance in 'The Father' 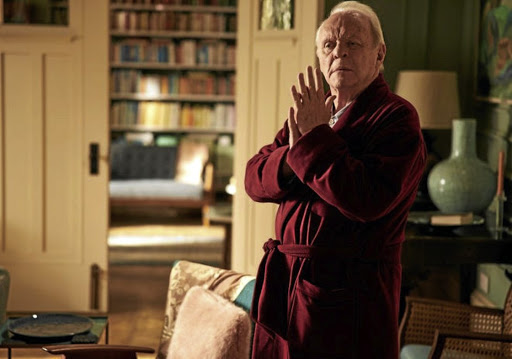 French wunderkind playwright Florian Zeller makes his film directing debut with The Father, an adaptation of his award-winning 2012 play about the effects of dementia on those who suffer from it and those who love them.

Co-written by Zeller and legendary British playwright Christopher Hampton, specifically with Anthony Hopkins in mind for the title role, this is the best, smartest and most effective portrayal of dementia yet brought to screen.

Hopkins, at 83, gives what is arguably the performance of his career as 80-year-old Anthony, a comfortably well-off middle-class Englishman who was once a respected engineer but now finds himself living in what he believes to be his flat in London, alone except for the occasional anguished visit from his daughter Anne (Olivia Colman).

When we first meet them, Anthony is having an irascible day, angry at a carer who he's kicked out for stealing his watch, even though with a little help from his daughter he finds it in a hiding place he'd forgotten about (and which he's annoyed she knows about).

Anne tells her agitated father that she's met someone and she's decided to move to Paris to be with him. Anthony is clearly upset but finds some comfort in the fact that his daughter has found someone at her age.

This film about the descent of a gifted, self-sabotaging screenwriter is director David Fincher's strongest work in a decade
Lifestyle
4 months ago

We then watch as Anthony busies himself around his flat, accompanied by his beloved opera before he finds himself face to face with a man sitting on a couch in the lounge reading a newspaper. Anthony demands to know who this stranger is, only to be told that this is Paul, Anne's husband, and that Anthony, rather than being the master of his own domain, is a guest in their flat.

Anthony is confused and so are we - what exactly is going on here, why is Anne suddenly played by actress Olivia Williams and not Colman? Zeller's increasingly effective storytelling device is to place us firmly within an experience of the uncertain and unreliable shifting of the experience of dementia from the perspective of the man suffering from it.

As the film progresses, keen-eyed viewers will notice subtle changes in the objects and décor of the flat, and the gimmick of having different actors play the same characters will become a key part of trying to visualise how Anthony's condition is affecting his inability to differentiate between his internal world and the external one.

This leads to increasing difficulties in keeping the walls that separate memories and lived experience from breaking down.

It's a superbly effective, intelligent and empathetic portrayal of one ordinary man's battle with a common affliction. It is anchored by the laser-sharp but subtle flicks of tone registered in Hopkins' famously piercing blue eyes.

It's also an assured demonstration by Zeller of how to transfer material from stage to screen in a way that makes the adaptation of his play its own unique product.

By the time Anthony's sense of self is heartbreakingly torn apart, it's been a hard-to-watch but difficult-to-look-away-from experience that provides the closest experience that film has yet managed to offer of what it means to lose one's grip on reality.

• 'The Father' is currently on circuit.

The theme of this solid, if sometimes slow, film resonates in a world recently devastated by the insanity of fake news
Lifestyle
1 month ago