The star of the Spider-Man franchise is taking on roles that say more about acting chops than superhero status, writes Margaret Gardiner 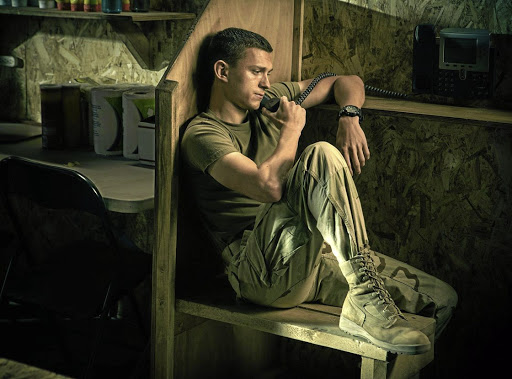 Tom Holland aka Spider-Man, is talking about the research he did with war veterans for his new movie, Cherry, which follows a young man through six chapters of his life including, at different times, being a war medic and a drug addict.

The Brit who plays the title character explains the role's appeal: "Cherry explores the idea that poor, young boys sign up for the armed forces, and are brainwashed to become killing machines. After the combat, they aren't given the tools to re-enter regular life in society."

Ciara Bravo co-stars as the woman whose love spurs him to actions that ultimately have profound and damaging effects on them both.

The film, directed by the Russo Brothers, showcases the rising stars as actors who can segue between pop culture films and independent movies of consequence.

Anyone who's dismissed the eldest of four sons as a superhero movie lightweight will be impressed by the challenging roles Holland is clocking up between his stints as Spidey.

The Devil All the Time (Netflix) hints at the acting muscle he can exert. Cherry builds on it. Chaos Walking, with co-star Daisy Ridley of Star Wars fame, hints at his comedy chops in a fairly serious film. Holland has a huge future. But that doesn't mean he'll eschew Spider-Man. He's currently shooting Spider-Man: No Way Home.

"The goal was always to take on this behemoth of a franchise, but also maintain a career that exists in the world of indie films, including the yet-to-be-released The Current War. Those are films that I loved making because they push the boundaries of what I can do as an actor and also maintain my relevance in that world of cinema."

The affable actor, who understands exactly how lucky he is to be embraced by fans - I've watched him work a room for hours, stopping for autographs and selfies after a gruelling day of press junkets - not only worked to understand the psychology of his character as a soldier, but also lost 13kg for the chapters dealing with his character's addiction.

"I'd go to the gym and I'd be so tired, I couldn't run on the treadmill. I started drinking pre-workout mixes and because I was so depleted, the effect on my body was awful, I felt like I had pins and needles all over my body. It was an itch I couldn't scratch," he says.

"But no, I didn't do drugs to understand about recovery. I didn't fall down that slippery slope. I learned addiction is a disease. Addicts shouldn't be treated like criminals, they're victims of society. People put drugs there; we can't blame people for getting addicted. It's a horrible thing I've seen first hand. Making Cherry changed my perspective. I'm honoured that the Russos gave me this opportunity and opened my eyes to this aspect of society."

Addiction and his work with vets stoked Holland's compassion. For the dyslexic star who jokes that he fell into acting as a way to avoid school, choosing relevant roles is important. "I realised that this story needs to be told and deserves my utmost attention. It's heartbreaking to know that guys with PTSD are not getting the help they need."

His time in boot camp, where recruits are yelled at constantly, was a new experience. "I actually enjoyed boot camp — it stripped away everything I've achieved so that I was just a kid in a field doing push-ups with 300 other kids, running a mile, climbing over hurdles in obstacle courses.

"It made me realise how brave these young men and women who go to war or serve their country are to go through these horrific ordeals. It was a real eye-opener. Making the film was tough, but not nearly as tough as it is to be out there doing it for real."

The 'Fifty Shades' actor chats to Margaret Gardiner about the challenges of filming in his home country.
Lifestyle
10 months ago

'I'm interested in women who want to be seen': How Vanessa Kirby picks her roles

'Wonder Woman 1984' is perfect for our times, writes Margaret Gardiner.
Lifestyle
11 months ago