Seeking to broaden her horizons, Paula Andropoulos makes the mistake of venturing online in search of innocent conversation 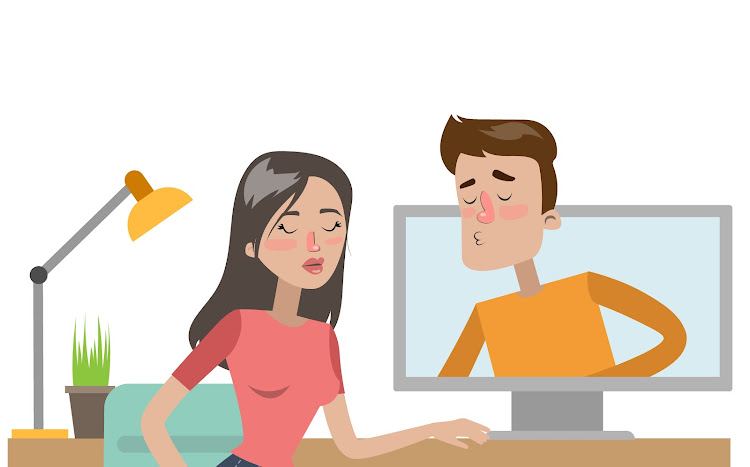 The writer was in search of innocent small talk, but the men she met in online chat rooms had other intentions.
Image: 123RF/artinspiring

I had a very, very strange night last night.

I was speaking to a young man from Bosnia. He's 20 years old and on hiatus from his studies. I complimented him on his excellent command of the English language; he asked me about my job, my interests and my pets. We had an interesting exchange about how lockdowns have been implemented in our home nations, and he lamented the ineptitude of the Bosnian government, and explained that many young Bosnians are moving to Germany for job opportunities — in fact, he's learning German.

Then, between the pleasantries, he politely asked if I would send him a picture of my tits or ass.

I was on talkwithstranger.com, an anonymous chat room that pairs you with a stranger from somewhere else on the planet and allows you to exchange text messages, pictures, videos and audio clips. On many sites — this one included — you can also opt to video chat outright, but I wasn't touching that with a 10ft pole for reasons that will soon become (queasily) apparent.

I pitched this article as a foil to the highly parochial nature of our mid-pandemic lives: I thought it might be interesting and even wholesome to interact with foreigners from the comfort of my living room couch, via the antediluvian medium of the internet chat room.

I thought I'd ask people about the vaccine rollout programmes under way in their parts of the world; I could ask strangers how they've been coping with this almost-Apocalypse from an individual perspective, or about what they're missing the most — we could compare notes!

Now, while in retrospect I'm clearly an optimist (in the extreme), I'm also not totally delusional: I wasn't expecting intelligent, intimate philosophical conversations, and I didn't foresee any of us exchanging Instagram handles and promising to stay in touch. But neither did I predict what was to come.

Earlier in the day, I'd been on Omegle, a similar platform that I'd used as a teenager, sitting around a clunky desktop with my friends and giggling as we “met” boys and girls in our age bracket from France and India and Italy.

I'm sure that at least a handful of these were actually middle-aged, basement-dwelling perverts, but some of them were also just young, curious people delighting in the boundlessness of the internet and how small the world was beginning to seem as a consequence.

The video/audio component wasn't available when I was younger and the whole thing just felt quite kosher, like having a pen-pal for five minutes with nothing material at stake, provided you were savvy enough not to disclose too much personal information: so either I was epically naive about the real purpose of the meet-a-stranger chat room platform, or they've deteriorated into the sad, sex-cesspools I ended up wading through a decade and a bit later. My conversation with the Bosnian was the least sordid of the lot.

I did manage to extract a little bit of conversation from a 35-year-old married man from the US, who then went on to confide that he'd like more than anything in the world to sleep with his mother-in-law. I suggested that this might be detrimental to his marriage. He agreed. I promptly fled the chat.

A 20-year-old engineering student from India seemed promising, before encroaching into lascivious territory. He said he felt optimistic about vaccination, and that lockdown “sucked”. Then he wanted to know if I wanted to know what else sucked, or could be sucked, or would I suck.

Over the course of about 30 (mostly abortive, otherwise lewd) attempts to connect with a stranger, I didn't encounter a single woman, which makes it odd that men even bother to go on these sites in pursuit of willing “FEMALE” specimens.

The very anonymity of the enterprise means that there's no guarantee that a 50-year-old man can't convince a 14-year-old, posing as an 18-year-old, to send him pictures. It's wildly unregulated — and, indeed, when I looked into the matter (after taking a scalding hot shower and a shot of make-me-forget whisky) I found that Omegle has actually been under scrutiny for this very reason.

Investigators appointed to look into the site by the BBC found that adult men have been “exposing themselves” to minors over video chat; and that some users on the PG 13 site are reportedly as young as seven or eight years old.

Concurrently, Omegle has enjoyed a huge spike in users since the outbreak of
the pandemic: over 60-million new “visits” to the site were recorded by Semrush —
an “online visibility management platform” — between January 2020 and January
2021. It's troubling, and I won't be “visiting” ever again.

That said, it's clear that people are lonely and looking to connect, if only on the most base, primordial level. People are stuck at home; bars are closed; campuses are closed. To a certain extent, we're all craving conversation with strangers. I miss making small talk and smiling at people and hugging somebody I met the hour before at a party, secure in the knowledge that I'll probably never see them again. It all boils down to EM Forster's overused but ever-true epigram: that impulse hard-wired into our DNA, to “only connect”.

The pandemic has changed the way we daydream

The Covid-19 disaster has severely compromised our ability to project ourselves into the near future, even within the realm of fantasy
Lifestyle
1 year ago

Tortured romance: Why are women besotted with serial killers?

What attracts apparently sane women to men on the outer fringes of violent criminality, asks Paula Andropoulos
Lifestyle
1 year ago

As the pandemic fuels a kind of spiritual renaissance, Paula Andropoulos gets a psychic’s forecast for the year ahead
Lifestyle
1 year ago