Julia Anastasopoulos, Coconut Keltz, Siv Ngesi and more on their childhood memories and lessons learnt as kids and adults 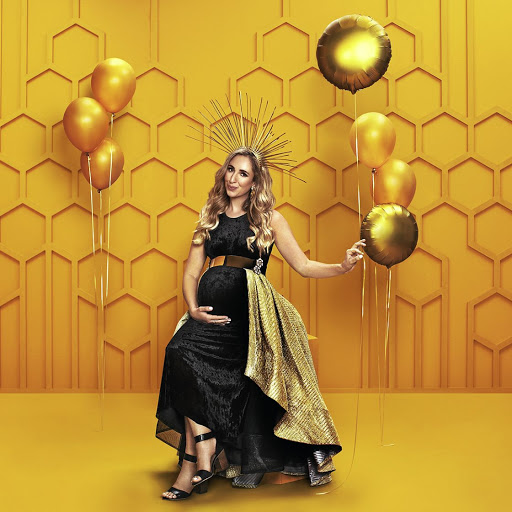 Actor and comedian Julia Anastasopoulos, whose Suzelle DIY skits made her a household name, is back as Tali 'Tali Babes' Shapiro in the sequel to her award-winning Showmax mockumentary Tali's Wedding Diary.

We spoke to some of the cast members about their best — and worst — parenting advice, childhood memories and lessons learnt as kids and adults.

After 'Tali's Wedding Diary', Anastasopoulos gave birth to her first child, a daughter. She says the insanity of being a new parent helped her add humour to 'Tali's Baby Diary'.

Soon enough you'll get to that point in your child's life where she asks endless questions, followed by the phrase “but why?". How do you think you're going to deal with this eventuality?

I'm laughing because I've already reached that stage. My daughter is two-and-a-half and everything is “why?” It forces you to delve deep. I try and find a practical answer to the “but why?” question but sometimes you can't and I just end up trying to distract her or change the subject and hopefully she'll forget about it.

I see tantrums in your future. What's your game plan?

The strategy is to just stay cool, calm and collected. The thing with a tantrum is that the “tantrummer” is so small but they have big feelings they don't know how to express. You can say “stop crying, don't be silly, it's a silly reason to cry” but actually, they feel a big emotion. To acknowledge that is important. To validate and support them through the tantrum is the best way to deal with it, even though it's exhausting. I'm getting my own treatment back — I gave my parents a hard time when I was two.

If, as a parent, you could do one thing without being judged, what would it be?

I want to be the parent that cooks a beautiful, organic, gourmet meal but often I stick a macaroni cheese in the oven. The other thing that there's a lot of judgment around — which I'm quite strict about — is the screen time thing. I think to not have to limit that as much and to not be judged, especially at the moment. 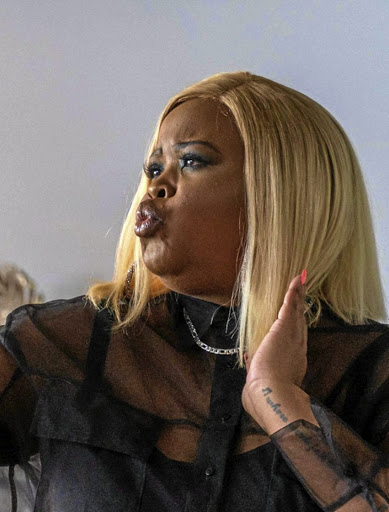 What's the one thing you wish people with children would stop doing?

Getting on long-distance flights with me.

Has working on Tali's Baby Diary made you see parenthood and children in a different light?

Lol! Yes, put your children to work from within the womb. Once they're out ... time to make TikTok stars of them so they can pay their own school fees.

If you could teach the children of SA one thing, what would it be?

Naps are your best friends. Cherish them. 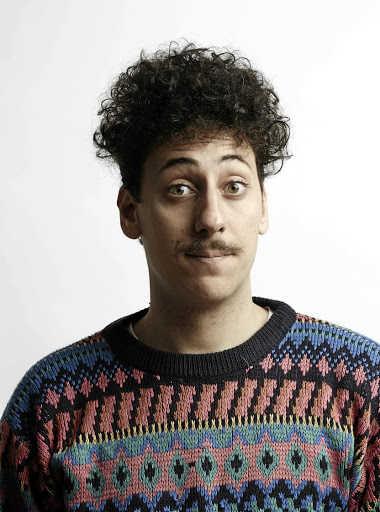 The comedian stars as Jonothan, part of the team behind a fitness app.

What's the one thing you wish people with children would start doing?

I wish parents would put their children on leashes. It sounds controversial but I was a “leash child” and I turned out fine — it actually did me a lot of good. Leashes teach children that they can't just go wherever they want or tug on the clothes of whoever they want. If you judge a person who puts children on leashes you've never had a bos child bothering you. I'm not advocating keeping children in a cages: yes, your child can go bos at home when he's bothering only you.

What do you think of the momfluencer trend?

Everyone should have their time in the sun and be given the opportunity to influence whatever or whoever they want to influence. These days there's a market for everything. My dad can be an influencer for check shirts and running takkies. I mean, heerlikheid, if there are kids on YouTube who are making millions of dollars before the age of seven by playing with slime, I think a mom should be able to punt a new bottle or pram.

What scares you about having kids of your own?

Surprisingly, I'm not scared of children at all. My No 1 rule is that children can smell fear, they can smell if you're scared of them — kinda like an animal. So I don't show my fear. It would be the same with my own child. If they smell fear they immediately take advantage of it and attack. 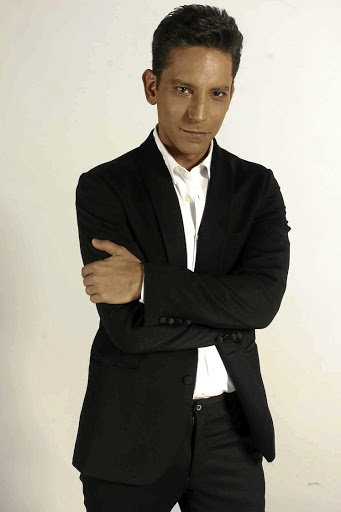 The award-winning singer stars as himself in Tali's baby diary.

What do you wish you'd known about parenting before having your own children?

That [sleep would be] a commodity I'd no longer possess. Getting eight hours a night would be a thing of the past — that's the first thing that comes to mind — say goodbye to sleep.

What have you been doing with your kids during lockdown to reconnect?

Lockdown provided me with the most incredible opportunity to spend time with my kids. I travel a lot. My days are spent in my office with my team so I'm not normally at home. With two young kids, watching these precious years of them growing up was wonderful — getting them outside, trying to keep them active, riding bikes, playing soccer, [playing] video games with them, puzzles, Lego — we tried to really stimulate them.

One piece of parenting advice you wish you could undo?

A nurse told us to wake our kids up and feed them during the night on a routine, so we woke our son up and fed him. We let our second kid sleep through. We were so naive; not only did we disturb him, we disturbed our own sanity. That first piece of advice was batshit crazy. 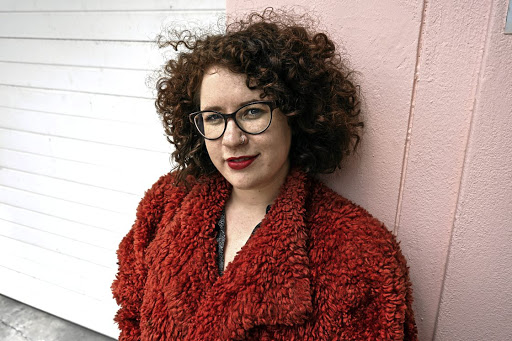 The comedian and actor stars as Taryn Wiener, a new addition to Goldprop (Tali's husband's company).

Best memory from your childhood?

My parents would leave me with [our] staffie [staffordshire bull terrier]. He'd babysit me. It's good for a kid to be raised with an animal because then you have a friend. Also, I have a brother — I hated him but eventually learnt to love him. This is an important ritual for a child. He taught me to share his things and to hide what was mine.

If a child were to ask how babies were made, what would you say?

My best friend has a four-year-old daughter. I got into trouble because she asked me how babies are made and I told her the truth. My friend didn't like that. My parents gave me a no-frills explanation. I believed that was good parenting. Probably you shouldn't tell them the truth. But when kids have questions they don't stop so distract them with food, loud noises or bright lights.

If you could be a kid again for a day, what would you do?

I'd go to Jimmy Jungles, if it still exists. It was a giant playground with a ball pit and tunnels. I'd run around in this tunnel paradise because I'm too big now. 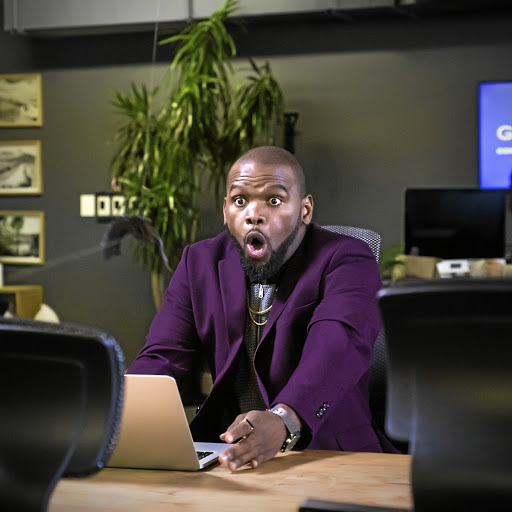 Actor and comedian Siv Ngesi as Selebi in a scene from 'Tali's Baby Diary'.
Image: Showmax

The actor and comedian stars as Selebi, a partner in the company that rivals Goldprop.

The most important and memorable thing your mom or dad taught you?

From my mother: What you put in is what you get out. It used to bother me as a kid, but as an adult I know that if you work hard and smart, the results will come.

A character trait your parents thought was marvellous that you now understand is not desirable?

Growing up I was taught not to challenge authority but I've realised there are respectful ways of shaking up the status quo and challenging controlling voices and narratives. I think the world wouldn't evolve or change if authorities weren't challenged. You need to pick your battles though.

How has parenting changed since you were a kid?

Julia Anastasopoulos returns to play SA's favourite Jewish princess in 'Tali's Baby Diary'. She tells us why the delay between the original show and ...
Lifestyle
1 month ago

"You guys are saying the country is 80% black but if you look carefully, the show was shot in Stellenbosch and that's 80% white," says Kelz.
TshisaLIVE
1 month ago
Next Article