Clubhouse: Is this exclusive audio-chat app the next frontier in social media? 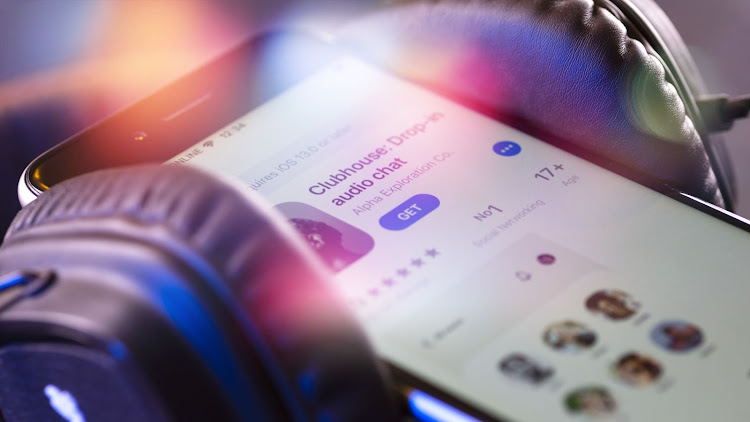 Barely a year since its launch, the audio-chat app Clubhouse is earning love and criticism and courting competition in equal measure. The app recently announced it had reached 10-million active users. But security concerns have plagued its meteoric rise as signing up requires a phone number, and once you're signed up, any other user who has your contact in their phone book has access to you.

In China and the United Arab Emirates, governments have moved quickly to block the app in what are seen by many as attempts to curtail free expression.

You join Clubhouse by invitation only, and because of this exclusivity and the app's growing popularity, invitations have even been put up for sale on eBay

You join Clubhouse by invitation only, and because of this exclusivity and the app's growing popularity, invitations have even been put up for sale on eBay. In its early days, the app attracted major celebrities such as Elon Musk, Oprah Winfrey and Elton John, and in Silicon Valley social media giants like Twitter and Facebook are moving fast to create competing products. Twitter, for one, has been testing out its own drop-in audio-chat offering, called Spaces.

I joined Clubhouse - which remains exclusive to iOS - in early December following an invitation from a friend who praised its capacity for expanding one's professional and social networks. Many early users were attracted to it because of the access it gave them to industry thought leaders they may not ordinarily engage with.

As soon as I joined I was dropping in on conversations with music and media executives, entrepreneurs and practitioners gathering virtually to discuss burning issues and the latest industry trends and news. On any given day people dropped in and out of conversations, making new connections as they went along.

"Debates and conversations [on Clubhouse] are a lot more productive than, say, Twitter or Facebook. People on Clubhouse seem to be committed to learning or engaging about a particular interest and as a result opposing views are heard and treated with more favour. I think a lot of it has to do with how users get onto the app," Ndlangisa says.

Many who tried tuning into Clubhouse, the app backed by venture firm Andreessen Horowitz, ended up on pirated streams
Business Times
1 year ago

But the landscape is changing fast, as some of the app's earliest adopters predicted it would.

Says strategist, voice-over artist and music journalist Shiba Mazaza: "I joined in October 2020 thanks to an industry friend. The way he described it to me was rather intriguing. At the time you could access a lot of high-powered people easily, but he did mention it would become less exclusive over time. He was right. I've had some great conversations, and made great connections in the beginning, but the platform evolves very quickly."

When she first joined, many of the moderators and rooms were US-centric, "and so I'd have to stay up quite late to catch the juicy bits. As the months wore on more South Africans, Ghanaians, Zambians, Nigerians joined in, which was great".

"The downside is that you now begin to see people positioning themselves as knowledgeable but yet they dish out terrible advice, just for the sake of appearing connected and popular."

Lessons from the pointless and important world of TikTok

As the hawks warn us, TikTok may indeed be a danger - not least because it offers so much addictive fun, writes Virginia Heffernan
Lifestyle
1 year ago

For many, the appeal of Clubhouse is that the emphasis is on conversations and not the kind of image-making that's integral to increasing engagement on other platforms.

"Those of us who feel pressured by the visual aesthetic requirements of apps like Instagram and now Twitter find an engagement platform where that isn't a concern," says Ndlangisa.

"It also brings together what I love about LinkedIn and podcasting in the best way. The ability to customise your audio intake is unparalleled, it's what will carry the app through. Think of a radio station where you can curate your line-up and immediately engage with hosts you like or host your own show - and you don't have to move while doing it."

For creatives, Clubhouse also provides a new way of presenting their work.

Says Mazaza: "Musically there have been rooms where folks have listened to and unpacked releases, discussed strategies and offered insight into what's happening in different parts of the world."

As for its role in a locked-down world, says Mazaza, "This is a platform that people can use even when they're just lonely, and that isn't something that only happens during a lockdown. A big part of it is feeling like you're on a conference call — it frees people up from the well-manicured social media posts, and lets people just speak! It's a powerful thing."

Apps for abs? For best results, there’s nothing like the old-fashioned way

Despite the evolution of exercise and fitness, for real results exercisers need coaches with human instinct
Lifestyle
1 year ago

Facebook Inc's WhatsApp has introduced a voice and video calling feature on its desktop version, the company said on Thursday.
News
1 year ago

Monique Verduyn and Sibusiso Mkwanazi consider the ways that the pandemic has changed the dating scene, and what it could mean for future romance
Lifestyle
1 year ago