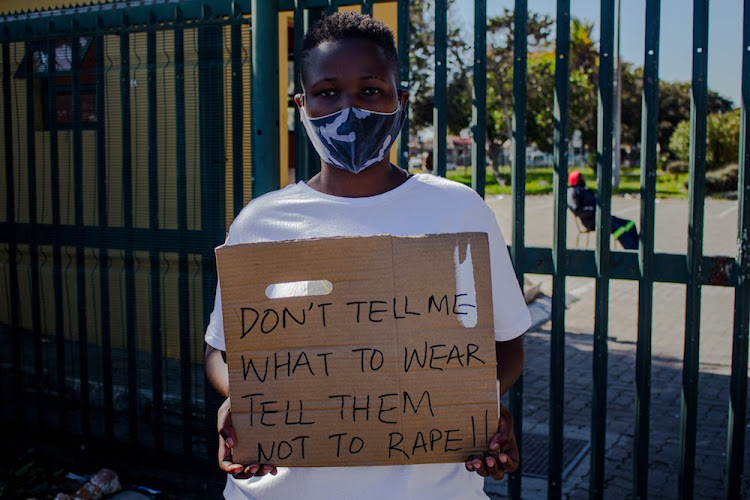 While there are cases of gender-based violence (GBV) perpetrated against men, GBV is a crime that is overwhelmingly targeted at women, children and the elderly. There are many reasons for this, but the one most often proffered is the patriarchal nature of our society, where men enjoy markedly more advantages than women — a systemic problem that has existed for ages.

The message being echoed by gender activists is that men, being the most common perpetrators of violence against women, need to be more active in helping to end the scourge of GBV. Instead of making GBV a hardship that women need to survive, men are encouraged to play their part in finding solutions.

Two young men are actively heeding this call and taking up the GBV fight: Siyabonga Khusela and Luyolo Lengisi formed a collective known as #LangaforMen in 2019. Khusela and Lengisi are only 22 years old and have chosen to dedicate their young lives to the fight against GBV, which is as rife in Langa as it is in most townships across the country.

Through myriad interventions and messaging, the duo is serious about being part of the solution when it comes to GBV and other social ills. Besides both being from Langa, the township most famous for bringing us the late, great Brenda Fassie, the two young men have a common GBV story to tell as they both have experienced violence in their homes.

“Growing up in the township, we have watched our mothers being the victims of GBV and now we want to see an SA where all genders coexist equally; where men and women and LGBTQI+ people enjoy the same freedoms as men in our society,” says Lengisi.

The seed for action took root when they became involved in a Women’s Month youth summit in August 2019. 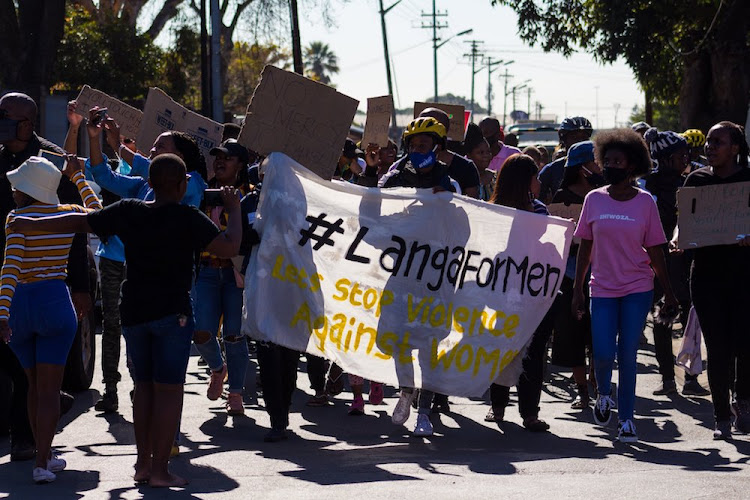 Siyabonga Khusela and Luyolo Lengisi are only 22 years old and have dedicated their young lives to the fight against GBV.
Image: Supplied/Solidarity Fund

“A question came in one of the sessions we were directing, when someone asked why we always tell girls to walk fast at night and not to wear short things. That line alone made us see the need to involve ourselves in the fight against GBV and femicide, says Lengisi.

“We needed to have conversations as young boys and men about our behaviour towards women. We had to equip our own gender with the right mindset.”

That’s how the #LangaforMen collective was born, and since then they have hosted workshops, camps and marches aimed at curbing the scourge of femicide and GBV in their community and province.

Also heeding the call for men to join the fight against GBV, is Sonke Gender Justice Network. Vusi Cebekhulu, the organisation’s structural regional co-ordinator, says their vision is to realise a world in which everyone can enjoy equitable, healthy and happy relationships. They work through various methods including advocacy, activism, community mobilisation as well as carving out strategies for social and policy change.

“Men and boys are now participating in the struggle against GBV, and it’s a step in the right direction. It’s important to educate them about the importance of respecting women and girls. We also need interventions from traditional and faith leaders. We need them to use their voices to champion the fight against GBV,” Cebekhulu says.

According to Cebekhulu, low self-esteem, issues of power, and a generally patriarchal society drives the scourge of GBV. “As women become more independent, men tend to have a general fear of surrendering power. Patriarchy is deep and unfortunately closely linked with tradition, culture and religion,” he says.

Other organisations taking up the mantle include Future Kings, where veteran journalist Rams Mabote aims to inspire a new generation of young men to value women by teaching them the correct principles of manhood.

There’s also “Mzansi Act Now”, a new movement of men who have since joined hands in the fight against GBV with a series of marches, walks and runs in a bid to highlight the plight of women affected by domestic and GBV.

This article was paid for by the Solidarity Fund.

A TV presenter, activist and former journalist share their scars of abuse

SPONSORED | Gender-based violence is a scourge that affects black, white, rich and poor
Lifestyle
3 weeks ago

Naming and shaming could cost you legally

SPONSORED | Referring to the alleged perpetrator as a colleague, friend, stranger, or using a pseudonym, helps protect the victim from being sued
Lifestyle
1 month ago

SPONSORED | The numbers just keep rising even with the lockdown, says acting centre manager at the Baragwanath facility
Lifestyle
1 month ago