Rare Bond 'Thunderball' poster heads for auction, expected to fetch up to R240k 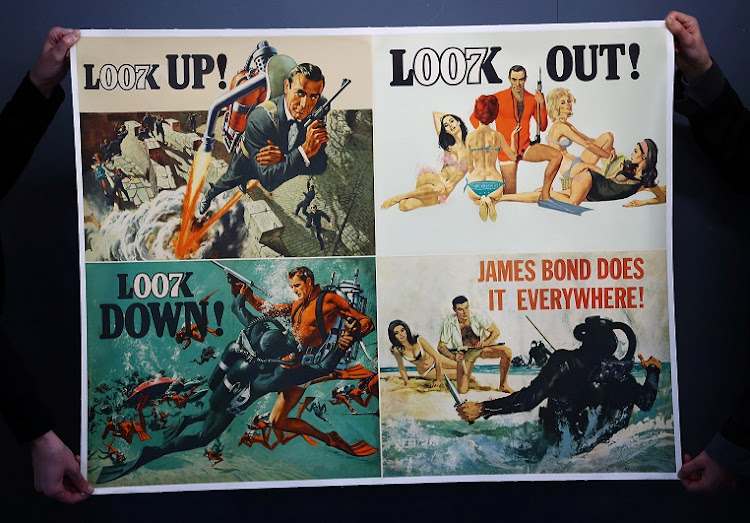 The highlight of an online sale of Bond memorabilia, the Advance British Quad poster has four panels depicting the suave 007 agent, then played by Scottish actor Sean Connery, fighting villains or surrounded by scantily-clad women.

Also on offer are props including a metal lightbox sign with “Albert R Broccoli 007 Stage” written on it, referring to the late American film producer, and which used to hang at Pinewood Studios.

“All of our sales are now taking place completely online and we’ve actually noticed quite a big increase in bidding,” Davies said of auctions during the Covid-19 pandemic.

“People seem to really have adapted amazingly well ... I should imagine people will continue to bid online (once lockdowns end).”

US auction website charitybuzz.com retails a number of things online, from jewellery to holiday trips and Zoom meetings with celebrities. It also has ...
Motoring
1 month ago

Stage costumes worn by pop group Destiny's Child at the height of their fame are hitting the auction block in June, along with gowns belonging to ...
Lifestyle
1 month ago
Next Article