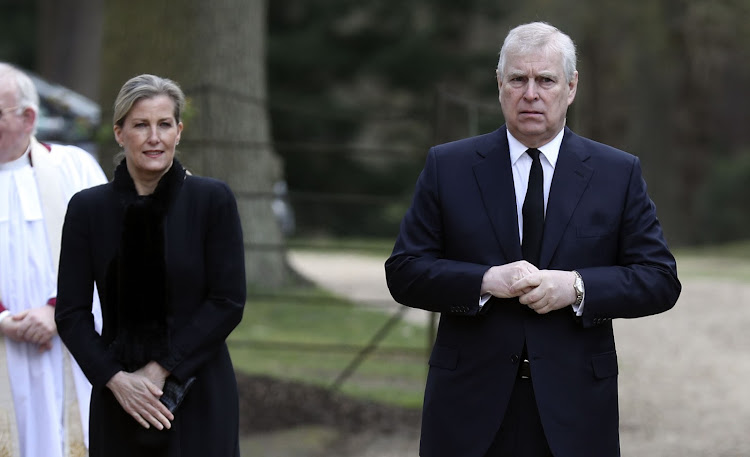 Sophie, Countess of Wessex, and her husband Prince Andrew attend Sunday Service at the Royal Chapel of All Saints on April 11 2021 in Windsor, England.
Image: Steve Parsons - WPA Pool/Getty Images

When Prince Philip, husband of Britain’s Queen Elizabeth, died on April 9, Buckingham Place issued a statement saying the 99-year-old had “passed away peacefully” at Windsor Castle.

His daughter-in-law Sophie, Countess of Wessex, has elaborated on his final moments.

Speaking to the media outside Windsor’s Royal Chapel of All Saints on Sunday, Sophie - who is wife of the queen’s youngest son, Prince Edward — said: “It was right for him. It was so gentle. It was like somebody took him by the hand and off he went. Very, very peaceful and that’s all you want for somebody, isn’t it?”

Andrew, who was also in attendance, said his mother had described Philip’s passing as “a miracle”.

The Guardian reported that this remark is thought to refer to the fact that he died “peacefully at home with her and not alone in hospital under Covid-19 regulations”.

“I feel very sorry for and supportive of my mother, who is feeling [my father’s death], I think, probably more than everyone else,” Andrew said.

“She described it as having left a huge void in her life.”

This was the first time Andrew had spoken in public since he stepped back from his royal duties after being linked to the Jeffery Epstein sex scandal in 2019.

Philip’s funeral will take place on April 17 at St George’s Chapel at Windsor Castle. Due to the pandemic, it will be an intimate affair in line with the British government’s Covid-19 regulations.

Prince Charles has paid tribute to his “dear papa”, the Duke of Edinburgh, Prince Philip, hailing him as a “special person”.
Lifestyle
1 year ago

The funeral service for Prince Philip, the husband of Britain's Queen Elizabeth, will be held on April 17, Buckingham Palace said on Saturday.
Lifestyle
1 year ago