EskomSePush is our ‘hobby’, says co-creator of load-shedding survival app 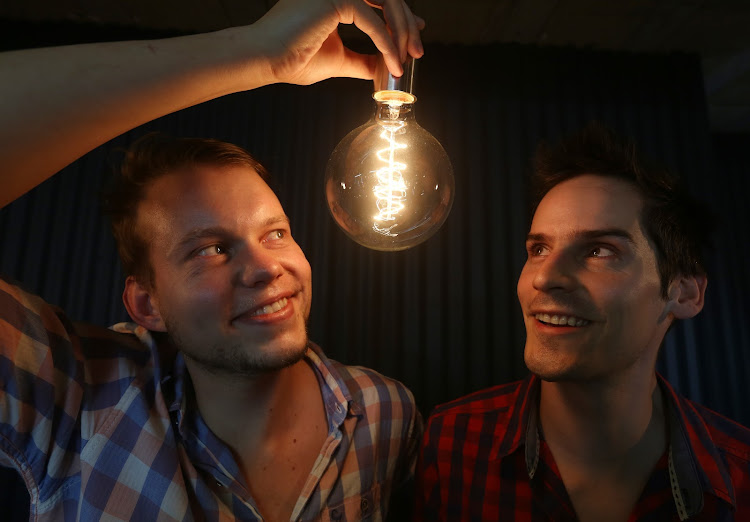 Since Eskom started playing Russian Roulette with the country’s power switch again, you’re no doubt one of the millions who’ve logged on to EskomSePush.

Many of us rely on this popular app to help us navigate the complex national load-shedding schedule, but did you ever consider who is behind it?

EskomSePush was created in 2014 by Herman Maritz and Dan Wells, a pair of 30-something web developers based in Cape Town. It was born out of their desire to make their own lives simpler when it came to planning around scheduled power outages.

We caught up with Wells to find out more:

Who came up with the tongue-in-cheek name EskomSePush?

In 2014, Herman and I working in the same office building apps for banks. We had a lot of conference calls about “push notifications” and how these notifications could be used to send users banking updates.

Some of the meetings had folks with heavy Afrikaans accents (including Herman) and the word “push” always made our day. (The mute button on the conference equipment is very helpful for politely having a chuckle.)

The name was definitely inspired by some of those banking folks, but put simply it is push notifications for Eskom: EskomSePush.

When you and Maritz launched the app, you were doing it as a side gig. Has it become a full-time job?

Not at all. Load-shedding is (luckily) not permanent. We both have full-time jobs as managers of technical teams, and we keep EskomSePush separate from them. We work on the app in our free time after hours. It’s our hobby.

Android users can once again download the popular load-shedding app EskomSePush after it had been suspended from Google Play Store.
News
1 year ago

Why did you decide to make EskomSePush free rather than charging people to download it?

Load-shedding is a bummer. The idea with the app was not to make money, but to make things a little easier for people. We want to help SA get through the dark times.

We do generate money from Google ads on the app and these pay for running the servers. This helps keep our lights on while keeping the app accessible for all.

You seem to update the app very quickly when the load-shedding schedule changes. Do you get insider information from Eskom? If not, where do you get the info from?

If there was a way to get all municipalities to use the same template it would be much easier.

Have you had any feedback from Eskom or government about the app?

We have had a call with Eskom to collaborate. They are great people under immense pressure. Maybe we can work closer with them in future.

What’s next for the EskomSePush app? Do you have cool updates planned, or would you like to get a commercial sponsor?

We have a bunch of ideas, but not the time. We try things out now and then, but it’s all about getting important information to people at the right time. We’re open for discussions on ideas.

How do you survive load-shedding? Are you a candles, braai and board games kind of guy, or have you got a more hi-tech solution to handle power outages?

Wine and books. I do have a UPS (uninterrupted power supply) to keep the Wi-Fi going.

Besides the EskomSePush app, what three essentials do you think everyone should have on hand to make load-shedding more bearable?

A fire, music and a good book.

POLL | Eskom says SA will experience load-shedding for five more years — what is your reaction?

Eskom CEO Andre de Ruyter said there will be a shortfall in the supply of electricity of about 4,000MW over the next five years.
News
1 year ago

How to kit out your kitchen for load-shedding

Planning a meal has gone beyond shopping and cooking, becoming a strategic operation that starts with finding ways to heat and cool your food. That's ...
Lifestyle
3 years ago