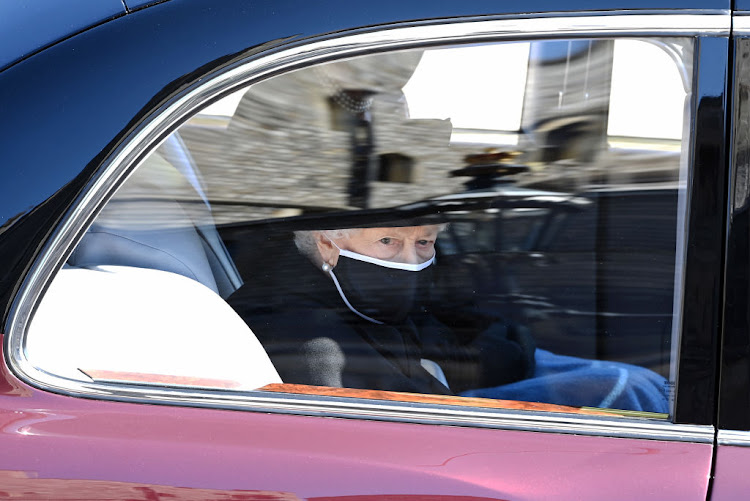 Queen Elizabeth will stand alone as the coffin of her husband, Prince Philip, is lowered into the Royal Vault of  St George's Chapel within the grounds of Windsor Castle on Saturday.

Philip, who passed away at the age of 99 on April 9, was the longest-serving royal consort in British history. The couple would have celebrated their 74th wedding anniversary this year.

“He has, quite simply, been my strength and stay all these years,” Elizabeth said on the occasion of their golden wedding anniversary in 1997.

The couple's son, Prince Andrew, told the media that his mother had described the duke's passing as “having left a huge void in her life”.

How Meghan took part in Prince Philip's funeral from afar

Many people's hearts went out to the grieving widow when it was announced that she would be seated alone during her husband's funeral, the arrangements for which had to be scaled back due to the Covid-19 pandemic.

Only 30 guests will be able to attend the service and they must wear masks and practise social distancing while inside the chapel.

It is for this reason that the queen will be seated solo. Town & Country magazine explains that according to British Covid-19 regulations “all guests who are not members of the same household must sit two metres apart”.

Cohabiting couples such as Prince Charles and his wife, Camilla, Duchess of Cornwall, or the Duke and Duchess of Cambridge, for example, will be able to sit together, but in separate groups.

The British royal family bade farewell to Prince Philip, husband of Queen Elizabeth, as he was laid to rest on Saturday.
Lifestyle
2 weeks ago

It's comforting to know, however, that the queen and the duke will one day be united in death as they were in life.

When Elizabeth dies, Philip's remains will be moved to a small chapel within St George’s — the King George VI memorial chapel — so he can be laid to rest alongside her.

Prince Philip, Duke of Edinburgh, was laid to rest at St George's Chapel within the grounds of Windsor Castle on Saturday.
Lifestyle
3 weeks ago

Did you know the longest-serving consort in British royal history was also his wife Queen Elizabeth's third cousin?
Lifestyle
4 weeks ago

Queen Elizabeth will bid a final farewell to Prince Philip, her husband of more than seven decades, at a ceremonial funeral on Saturday, with the ...
Lifestyle
3 weeks ago

The late British royal had no shortage of posh titles, but it's the one he didn't have that often provokes curiosity
Lifestyle
3 weeks ago

Britain's Princess Eugenie shared a touching tribute to her grandfather, Prince Philip, as other members of the royal family posted never before seen ...
Lifestyle
3 weeks ago
Next Article