SA's Neil Sandilands on co-starring with the 'magnificent' Tom Hanks

The '7de Laan' actor on the challenges of stepping onto international stage and his role in the Oscar-nominated film, 'News of the World' 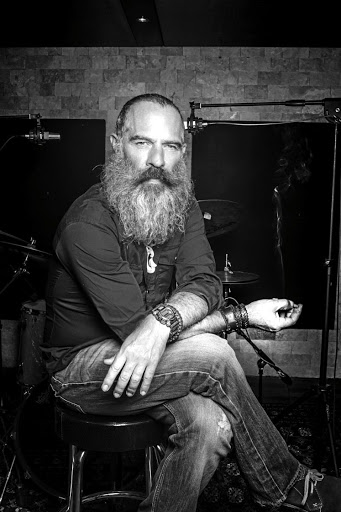 Affectionately known for his role as Bart in 7de Laan, Neil Sandilands has come a long way since his stint on the local soapie.

What started out as a guest appearance on House soon turned into something bigger on The Americans, The Hundred and The Flash.

He recently played a role in News of the World, a movie that was nominated for four Oscars.

We caught up with the actor to talk career highlights and cracking it overseas.

Was pursuing a Hollywood career something you always wanted?

It had more to do with let me see how far - as I like to describe it, my hobby - can take me. But I was fascinated with this idea of cultural cross-pollination and the broadening of my own borders, not necessarily international borders but my personal parameters. To assimilate within a culture is a massive challenge. I couldn't live with the question of "what if?" I didn't want to have any regrets.

Was it difficult to break into that space?

Nothing in my career - we're talking 32 years - ever came easy. You have to remain focussed. In the US, I had to learn to embrace my anonymity again — I couldn't rest on my South African laurels. I had to integrate the culture, the way of doing things into what I can offer, which takes time and footwork. Instances happen where people catch a lucky break, that wasn't the case for me. It was a steady, diligent, slow burn.

Your experience of News of the World?

My role was small but pivotal to the narrative. The filming process was calm and low-key. In their disciplines, everyone was a master. And to engage with Mr Hanks — I had to pinch myself. Tom was magnificent - gregarious, wholesome - a consummate gentleman, as is Paul Greengrass, the director.

WATCH | 'News of the World' trailer.

Three big projects are happening in tandem. Sweet Tooth - a Warner Brothers and Netflix DC comics production. I play the antagonist. It's coming out internationally on June 4.

I've also been producing an album with some of SA's best musicians and my collaborator Theo Crous. To work with David Kramer on one of his tracks was a career highlight. The album's name is Sangoma Sandilands & Jou Pa se Posse. The digital launch is on May 7.

We're also in post-production on a local show for M-Net called Desert Rose in which I've been working in a creative capacity as part of a team of executive producers.

The theme of this solid, if sometimes slow, film resonates in a world recently devastated by the insanity of fake news
Lifestyle
11 months ago

Alice Krige: a timeline of one of SA's most famous exports