The SA-born actress is shining bright on the international stage. She talks about her career struggles and successes 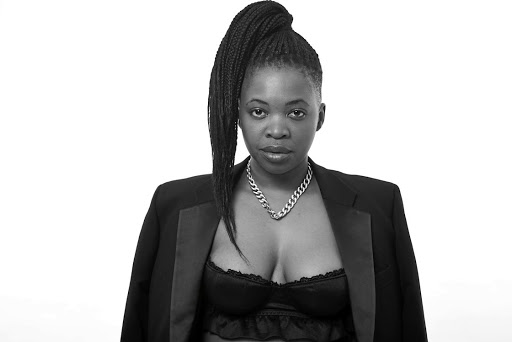 Local actress Phumzile Sitole caught SA's eye when she bagged her first international gig with a role in TV series The Good Fight.

She has since also appeared in Elementary, Orange is the New Black, Bull and, very notably, as Captain Ndoye in Netflix's Star Trek: Discovery.

We caught up with the actress to talk career highlights and cracking it overseas.

How long were you working as an actress before you landed your first international acting gig?

I'd been a professional actor for two years before I came to New York City to do my MFA in acting. After three years there I booked my first gig, The Good Fight, which filmed in the city. I auditioned on a Monday and by Thursday I was on set. That's not always the case, but it was good for me. It didn't give me time to doubt myself and worry. I had to dive right in.

How open is the US industry to foreign actors?

An actor is an actor. We're treated pretty equally when we come into the room or submit our tapes. There are technical hurdles to jump, for example my visa doesn't allow me to work with certain networks, like NBC, but once I get a green card it's an open field.

Phumzile's first episode comes out Thursday in the USA and Friday in SA on Netflix SA.
TshisaLIVE
1 year ago

There are deeper politics that come into conversations about foreign actors playing American characters. I choose not to let them frame my view of the overall openness to foreign actors. We're all stepping into shoes that are not our own, and the human experience is universal.

A word of advice to those hoping to break into the industry?

Be patient. Persevere. And if you're thinking of leaving home be sure to weigh up the sacrifices that come with that. For acting in general — if there's ANYTHING else you may love just as much that you see a steady, fulfilling and paid career from, rather do that.

After one of my bigger scenes on the set of Star Trek: Discovery the director, Jonathan Frakes, called cut, walked to me in silence with his hand extended and said: "You're a wonderful actress, thank you," and shook my hand.

Also, having my mom, Dorah Sitole, watch my Off Broadway debut in New York City. She recently [passed away] — my biggest advocate, fan and best friend.

Myself. Healing and restoring. Surely you're used to actors being tight-lipped by now! Unfortunately I can't say but soon to be revealed.

The local nature film came tops in the documentary category and 'Nomadland' was the overall top performer.
Lifestyle
9 months ago

SA's 'Moffie' flies the flag high in the US