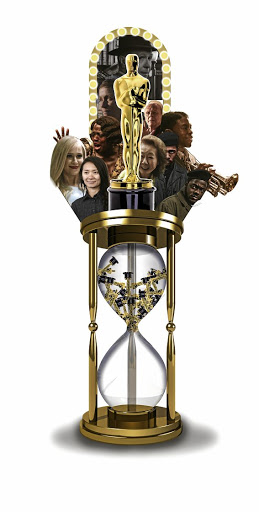 The 2020 Oscars organisers managed to squeeze in the awards ceremony for the most coveted statue in the film world just in time to avoid the travel and gathering restrictions imposed on most of the world in the wake of the Covid-19 epidemic.

Covid-19, as we're all tired of hearing, would change things, possibly forever.

The pandemic had far-reaching consequences for the film world, with major productions shut down, anticipated blockbusters having their release dates pushed back and streaming and video on demand (VOD) services becoming the new normal for film distribution.

Billions of people were in isolation in their homes, focussing attention on specific events and social movements.

When George Floyd was killed by a police officer in May last year, the rage of Americans tired of police brutality against black citizens spilt onto streets all over the country - and the world was watching.

The protests resulted in the global adoption by ordinary people, celebrities and corporate behemoths of the "black lives matter" mantra.

In reaction to the tumultuous year that was 2020, this year's Academy Awards nominations finally reflect a recognition of the importance of diversity and the contributions of women, persons of colour and non-US citizens in the film industry.

Whether this is the payoff of the academy opening up its membership to significant numbers of members of different genders, races, and industry backgrounds, or evidence of the fact that even the academy can no longer pretend that the world outside of the Oscars is divorced from the bubble of its awards ceremony, or a mixture of both these factors remains to be seen next Sunday when the winners are announced.

2021 Oscars: Producers say 'there won't be an option to Zoom in' for ceremony

The Oscars ceremony in April will be an intimate, in-person gathering, held without Zoom and limited to nominees, presenters and their guests, the ...
Lifestyle
1 year ago

The nominations for this year's Oscars represent a significant number of firsts in the 93-year history of the most important awards in movieland.

Is this the beginning of a new era for the awards or the recognition of one unforeseen moment before vaccinations, herd immunity and the easing of anxieties return us to business as usual? We'll have to wait until next year's awards to judge this year's gains for diversity and inclusion.

Until then, here are some of the firsts that this year's nominations have offered up:

NIGHT OF THE NEWBIES

Major studios have held back their flagship films, so the list of acting nominations is dominated not by big-name stars but rather by the talented newcomers who've broken through in smaller, independent films.

There are 11 first-time nominees in the acting categories including Amanda Seyfried for Mank, Andra Day for The United States v Billie Holliday, Paul Raci for Sound of Metal, Steven Yeun and Yuh-Jung Youn for Minari and LaKeith Stanfield for Judas and the Black Messiah.

Nine of this year's acting nominees are actors of colour - a record number of nominations following last year's much decried single nomination for Cynthia Erivo.

This year's list includes Yeun, the first Asian-American to be nominated, and Riz Ahmed for Sound of Metal, the first Muslim actor to be nominated for best actor — fellow Muslim Mahershala Ali won two Oscars previously in the best supporting category. 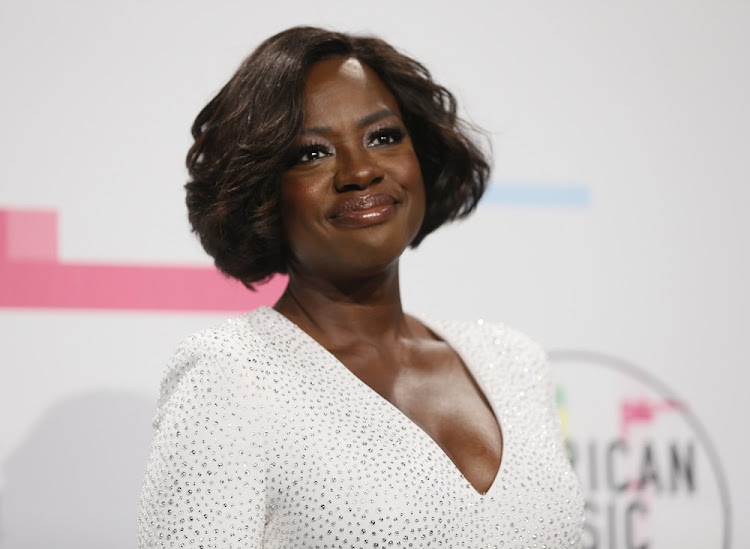 Viola Davis will make history as the first ever woman of colour to win two best acting Oscars should she take home another Academy Award in 2021.
Image: Reuters/Danny Moloshok

Viola Davis, who receives her fourth acting nomination for her performance in Ma Rainey's Black Bottom, is the most nominated actress of colour in Oscar history and should she win will be the first ever to win two best acting awards (in 2017 she won for best supporting actress in Fences).

WOMEN AT THE HELM

Seventy women are nominated for a record 76 awards this year. They include director Chloë Zhao, whose four individual nominations for Nomadland in the best director, adapted screenplay, editing and best picture categories push her into the record books.

Zhao is also the first female director of colour to be nominated for best director, while the nomination for Emerald Fennell in the best director category for Promising Young Woman marks the first time in Oscar history that two women have been in the running for the accolade.

Only five women have previously been nominated for best director and only one, Kathryn Bigelow, has ever won - for The Hurt Locker in 2008. Fennell is the first female director to earn a nomination for a debut film.

Following his death aged 43 last year, Chadwick Boseman became only the seventh actor to earn a posthumous nomination, for his performance in Ma Rainey's Black Bottom, and the first actor of colour to earn this cold comfort.

This places the actor in the company of James Dean, Spencer Tracy, Massimo Troisi, and the only posthumous winner, Peter Finch, who won the best actor award in 1976 for his legendary turn in Network.

Ralph Richardson and Heath Ledger were nominated in the best supporting actor categories, with Ledger becoming the only posthumous winner in 2009 in the category for his role in The Dark Knight.

With his sixth acting nomination for his role in The Father, Anthony Hopkins makes history at age 83 as the oldest ever best actor nominee. He earned his first nomination in 1992 for Hannibal Lecter in The Silence of the Lambs.

In a year when cinemas were off limits, streaming and VOD services filled the gap. Netflix's David Fincher-directed Mank earned 10 nominations, the most for any film nominated this year, and a further 25 nominations were awarded for the streaming giant's other titles.

So the argument about whether on-demand distributors should be allowed to compete for Oscar glory finally seems moot. Netflix's 35 nominations bring it within spitting distance of the 45 nominations for a single studio record set in 1941 by United Artists. The traditional major studios failed to get any of the best picture nominations.

'My Octopus Teacher' goes up against four other films at the Oscars.
TshisaLIVE
1 year ago

Courtroom drama 'The Trial of the Chicago 7' and jazz period film ''Ma Rainey's Black Bottom' were the big winners at the 2021 Screen Actors Guild ...
Lifestyle
1 year ago