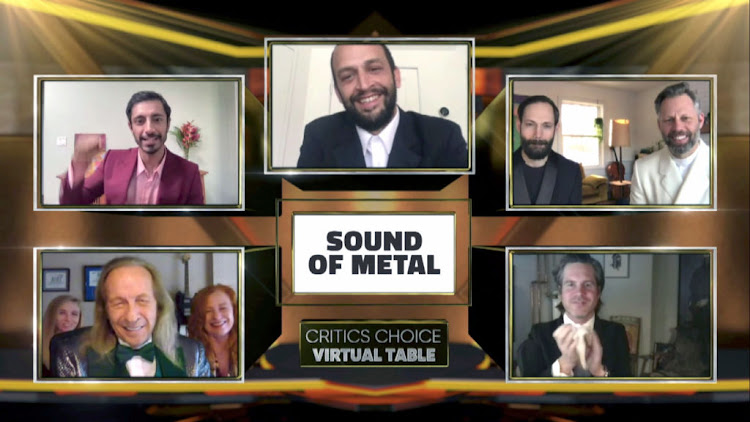 Oscar-nominated 'Sound of Metal' has put a spotlight on the deaf culture.
Image: Getty Images/Getty Images for the Critics Choice Association

Paul Raci, nominated for an Oscar for playing a drug abuse counsellor who has lost his hearing in Sound of Metal, said the most common response he receives from deaf people about the film is “how cool you show a bunch of deaf addicts.”

“That sounds a little strange,” Raci said in an interview, “but they're just happy that you're showing them in a light that makes them normal, like you and I. They have the same struggles.”

Advocates hope that praise for Sound of Metal, one of the best picture contenders at Sunday's Academy Awards, and other films will lead to more movies featuring people with disabilities.

Hollywood's underrepresentation of women, Black people and others has faced scrutiny in recent years. Movie studios and the Academy of Motion Picture Arts and Sciences, the group that awards the Oscars, have taken steps to increase their presence in front of and behind the camera.

Activists have pushed to make those efforts also include people with disabilities of all types.

In the 100 highest-grossing films of 2019, just 2.3% of speaking characters were shown with a disability, according to the University of Southern California's Annenberg Inclusion Initiative. That percentage, far below the 26% of US adults with a disability, had not budged in five years.

“Hollywood still has a long way to go,” said Lauren Appelbaum, vice-president of communications at RespectAbility, a non-profit group that advocates for people with disabilities.

The only deaf actress to win an Oscar was Marlee Matlin, for 1986's Children of a Lesser God.

This month, Hollywood stars, including Amy Poehler and Naomie Harris, signed a letter urging studios to hire disability officers to push for inclusion on and off screen. The effort was led by a talent agency that represents disabled artists and athletes.

Sound of Metal stars Riz Ahmed as Ruben Stone, a drummer who suddenly loses his hearing. Four years into recovery from addiction, Stone goes to a sober-living community for deaf people that is run by Raci's character, named Joe.

Raci, 73, grew up with deaf parents and said his first language was American Sign Language. Before Sound of Metal, he was working as a sign-language interpreter and acting at Deaf West Theatre in Los Angeles, which incorporates spoken English and sign language in its productions.

The filmmakers encountered some criticism, including from the National Association of the Deaf, for casting two actors with hearing — Ahmed and Raci — in lead roles instead of deaf actors. Several others in the cast were deaf.

Ahmed has been nominated for best actor for his performance in the film.

Raci said his background in deaf culture helped him play the role, and he hopes Sound of Metal will open doors for deaf actors. “There's plenty of deaf actors, tonnes of them that are talented, that deserve to work,” he said.

“People who have never known anything about the deaf-blind community come out of it feeling an actual personal connection,” director Doug Roland said. “That's the power of cinema.”

RespectAbility connects producers and writers with people with disabilities to inform their portrayals and provides input on scripts. The group has worked with Walt Disney Co, Netflix Inc, NBCUniversal and others.

Appelbaum's team consulted on a dozen projects in 2019, and 70 in 2020, she said. Some writers sent scripts back multiple times for feedback.

“More and more we can tell that the people we're working with are asking us not just to check off a box that they had the script reviewed, but because they really want to get it right,” she said.

The increased interest “does give me hope that in the next few years we're going to see a lot of other really great films,” she added.

One highly anticipated movie is scheduled to hit theatres in November. Disney's Marvel Studios will introduce the first deaf superhero in one of its action-movie spectacles when deaf actress Lauren Ridloff plays Makkari, a character with super speed, in Eternals.

Producers ‘want the show to have a voice’.
Lifestyle
1 year ago

Does Oscars front-runner 'Nomadland' live up to the hype?

This film explores the phenomenon of cash-strapped, 60-something Americans, without houses but not homeless, turning adversity into triumph
Lifestyle
1 year ago