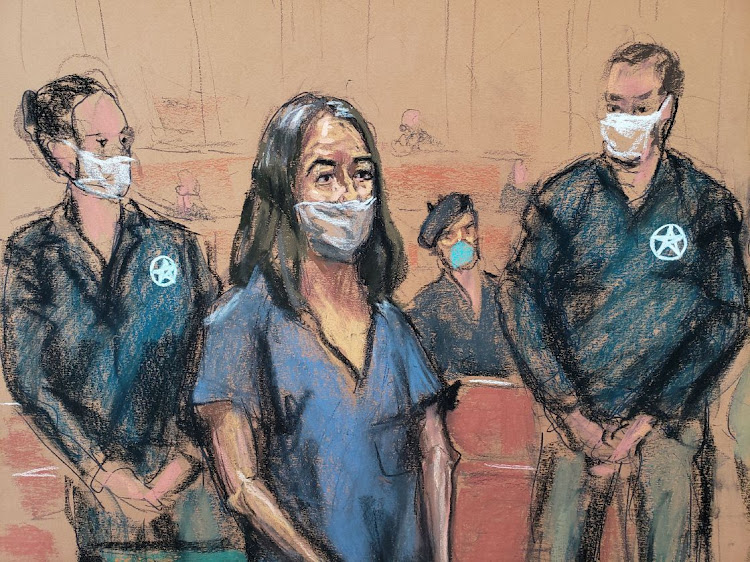 British socialite Ghislaine Maxwell appears during her arraignment hearing on a new indictment at Manhattan Federal Court in New York City, New York, US on April 23 2021 in this courtroom sketch.
Image: REUTERS/Jane Rosenberg

Ghislaine Maxwell deserves bail because her "horrific" jail conditions make it impossible to prepare for trial on charges she procured teenage girls for Jeffrey Epstein to sexually abuse, her lawyer told a US appeals court on Monday.

The lawyer David Markus said it's unfair to force Maxwell to review millions of pages of materials from behind bars, with guards waking her with flashlights every 15 minutes on a misplaced concern she might, like Epstein, commit suicide.

"We just want a fair opportunity, a fair chance, so she can get ready for the trial of her life," Markus told a panel of the 2nd U.S. Circuit Court of Appeals in Manhattan. "It's impossible to prepare for trial when you're getting no sleep."

Maxwell, 59, has pleaded not guilty to helping Epstein recruit and groom three girls for sex from 1994 to 1997, and sex trafficking for grooming and paying a fourth girl for nude massages and sex acts with the financier from 2001 to 2004.

The British socialite is appealing US District Judge Alison Nathan's March 22 rejection of a $28.5 million bail package that included renouncing her British and French citizenships.

Nathan has denied bail three times, and said Maxwell was a "significant risk of flight" even with high bail.

Maxwell has been jailed in Brooklyn since her July 2020 arrest at a million-dollar New Hampshire home that prosecutors called a hideout. Epstein killed himself in a Manhattan jail in August 2019 while awaiting trial on sex trafficking charges.

One judge asked whether prison officials not wanting to "risk another embarrassment" of another inmate's suicide should let an independent psychiatrist evaluate Maxwell.

Pomerantz said Maxwell's lawyers haven't asked for one, and said Nathan has "actively" monitored her jail conditions to ensure she'll be ready for trial.

The appeals court did not say when it will rule.

Maxwell faces up to 80 years in prison if convicted. A trial is scheduled for July 12, but Maxwell wants it delayed until November or next January because of its complexity.

She said it had been a “very long time” since she had communicated with Epstein, who killed himself in 2019.
Lifestyle
3 months ago

The British socialite has been held in a Brooklyn jail since her arrest last July.
Lifestyle
1 month ago

The Jeffrey Epstein associate was checked for the virus last week using a rapid test which was negative.
Lifestyle
5 months ago
Next Article