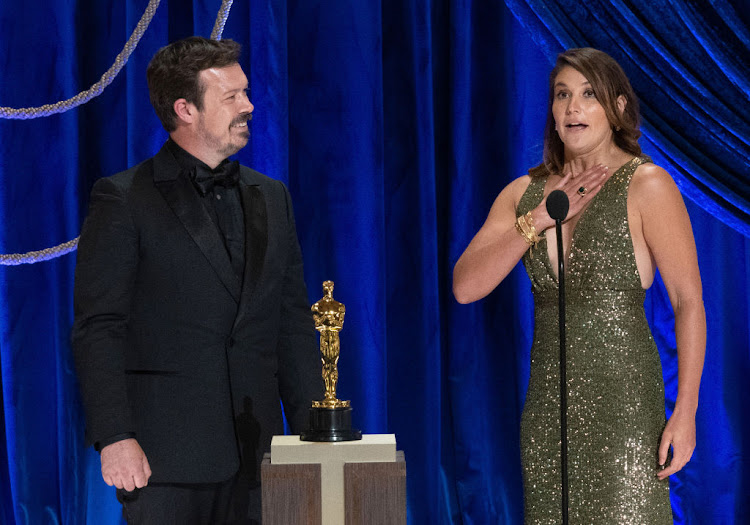 Hot on the heels of their recent win at the British Academy of Film and Television Arts (Bafta) awards, the SA team behind My Octopus Teacher has bagged another accolade — and this time it is arguably the most prestigious in the entertainment industry.

The local nature film took home the Oscar for Best Documentary Feature at the 93rd Academy Awards in Los Angeles on Sunday.

Directed by Pippa Ehrlich and James Reed and produced by filmmaker Craig Foster, My Octopus Teacher focuses on the unique friendship Foster developed with a wild octopus while diving in the Great African Sea Forest off the Cape coast.

WATCH | Pippa Ehrlich and James Reed accept the Best Documentary Feature award for 'My Octopus Teacher' at the 93rd annual Academy Awards. Skip to 2:55 to see the pair's acceptance speeches.

An emotional Ehrlich, who accepted the award together with Reed, thanked their “incredible Octopus team whose arms stretch across the planet from SA to Amsterdam to the UK to the US”.

Reed singled out Foster, saying while it was an enormous team that had made the film, “it began and ended with him and it's his story”.

Ehrlich also thanked Foster and his family, who she said “opened their hearts and supported us every step of the way ... and allowed their home to become a production company for three years”.

“In many ways this really is a tiny, personal story that played out in a sea forest at the very tip of Africa,” Ehrlich added. “But on a more universal level, I hope that it provided a glimpse of a different kind of relationship between human beings and the natural world.”

Jokes and applause have been streaming in after the win.
Lifestyle
6 months ago

Reed echoed this sentiment, saying that by Foster showing the world that a man can form a friendship with an octopus, this film makes “you wonder what else is possible”.

The documentary is a collaboration between Netflix, Off the Fence Productions, and local non-profit organisation Sea Change Project, which aims to promote SA’s unique marine environment to help protect it.

Craig Foster braves freezing water and sharks daily so that you don't have to. Claire Keeton spoke to the free-diver about his adventures and ...
Lifestyle
1 year ago

Foster's wife, conservation journalist Swati Thiyagarajan, told TimesLIVE that the Oscar was a triumph for the Sea Change Project.

“We wanted to make our kelp forests, which we have named the Great African Sea Forest, a global icon and the film has really helped with amplifying that,” said Thiyagarajan.

“This win will bring more audiences in to watch the film and gives us a great platform from which to address the conservation concerns and needs of the Sea Forest.”

Fashion hits and misses from the 93rd Academy Awards.
Lifestyle
6 months ago

'Nomadland' won the Best Picture Oscar and two other awards on a night that saw a return to Hollywood glamour after a long pandemic shutdown.
Lifestyle
6 months ago

'My Octopus Teacher' has inspired a string of memes, spoofs and even a mockumentary
Opinion & Analysis
10 months ago