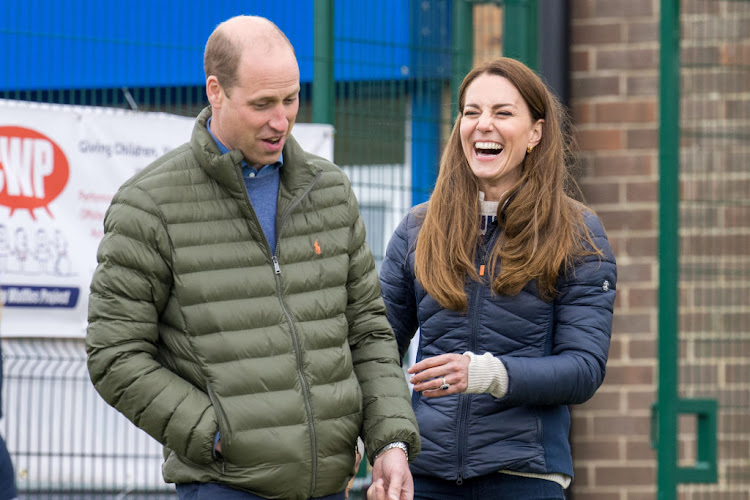 The Duke and Duchess of Cambridge, Prince William and Kate Middleton, marked their 10-year wedding anniversary on Thursday with the release of two sweet images of the loved-up couple.

The adorable images were shared on Instagram under the couple's official account and featured the all-smiling duo looking every bit in love as they did on their wedding day.

In the first image, a radiant Kate can be seen seated next to her dashing prince, who's pictured looking adoringly at his wife.

In the second, the smiling couple are seen standing with their arms around each other.

Both images were taken by celebrity photographer Chris Floyd.

A post shared by Duke and Duchess of Cambridge (@kensingtonroyal)

The couple wed on this day back in 2011 in a regal wedding service attended by 2,000 guests and watched by 36.7 million viewers, according to Daily Mail.

They got engaged in October 2010 during a trip to Kenya.

In 2013, the couple welcomed their first child, Prince George, and then Princess Charlotte two years later, before rounding it off with Prince Louis, who was born in 2018.

They've also had to weather several storms during their decade-long union, including Meghan and Prince's Harry bombshell decision to step down from royal duties and the latter's subsequent move to the US, as well as the death of Prince William's grandfather, Prince Philip.

A post shared by Duke and Duchess of Cambridge (@kensingtonroyal)

Prince Harry and Meghan sent shockwaves throughout Britain and the world when they announced their decision to step down as members of the royal family.

A year later, the two sent further shockwaves with their tell-all interview with Oprah Winfrey, where Harry confirmed his strained relationship with his brother and father after his decision.

Relations remain frosty between the two but, according to reports, they have been in touch in the wake of the interview. The two were reunited for the first time since Harry left the UK at their grandfather's funeral and, while they did not walk side-by-side during the procession, were captured talking after the service.

Prince William and his wife Catherine published a photograph of their youngest child Louis to mark his third birthday on Friday.
Lifestyle
3 weeks ago

The British royals recall some of the things they particularly loved about their late grandfather.
Lifestyle
1 month ago

Prince Harry has spoken to his elder brother William for the first time since he and his wife Meghan's Oprah Winfrey interview but the talks were ...
Lifestyle
2 months ago
Next Article