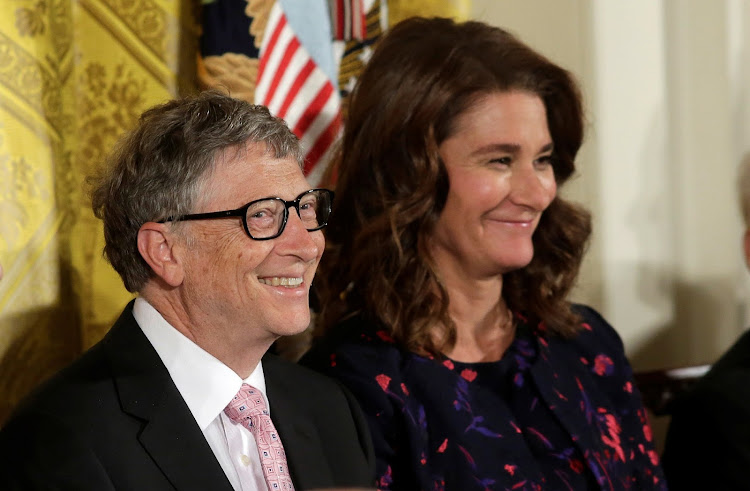 Bill and Melinda Gates have announced their decision to split after 27 years of marriage.
Image: Yuri Gripas/Reuters

Reactions continue pouring in after the shocking news of Bill and Melinda Gates' divorce after more than two decades of marriage.

The couple rocked the philanthropic world on Monday when they announced their decision to split after 27 years of marriage.

“After a great deal of thought and a lot of work on our relationship, we have made the decision to end our marriage,” the two said in a statement posted on the Twitter account of Bill Gates, who cofounded Microsoft Corp.

“We no longer believe we can grow together as a couple in the next phase of our lives. We ask for space and privacy for our family as we begin to navigate this new life,” their statement said.

Their daughter Jennifer Gates has also shared a statement on Instagram on the split, saying it's been a “challenging stretch of time for our whole family”.

“I'm still learning how to best support my own process and emotions as well as family members at this time, and am grateful for the space to do so. I won't personally comment further on anything around the separation, but please know that your kind words and support mean the world to me.”

Bill Gates and Melinda Gates said on Monday that they have decided to divorce, unnerving the philanthropic world.
News
1 year ago

“Thank you for understanding our desire for privacy while we navigate the next phases of our lives,” she concluded.

Bill Gates is the world's fourth richest person with a net worth of $130.5bn (R1.88 trillion), according to Forbes.

Gates dropped out of Harvard University to co-found technology giant Microsoft with school friend Paul Allen in 1975. Gates owned 49% of Microsoft at its initial public offering in 1986, which made him an instant multimillionaire.

With Microsoft's explosive growth, he soon became the world's richest person. He has since lost that title, partly by donating money to philanthropic causes. He was also overtaken due to growth at other companies. Amazon.com Inc founder Jeff Bezos, Tesla Inc CEO Elon Musk and Louis Vuitton boss Bernard Arnault and his family take the three top spots on the Forbes wealth list, with Gates at No. 4.

The couple established the Seattle-based Bill & Melinda Gates Foundation in 2000. It is one of the world's largest charitable organisations, with a focus on public health, education and climate change.

Its grants included some $1.75bn (R25.32bn) to vaccine initiatives, diagnostics and research during the coronavirus pandemic.

The foundation spent $5bn (R72.33bn) in 2019 on programmes in the US and around the world, excluding management costs.

The couple, who have three children, have a custom mansion with a 2020 assessed value of $130.8m (R1.89bn), according to the King County Department of Assessments, on Lake Washington, which lies between Seattle and its eastside suburbs including Redmond, where Microsoft is headquartered.

The financial details of their split remain unclear. They are seeking division of joint assets, according to a separation agreement they have reached, filed in King County Superior Court.

As one of the few US states with so-called “community property” laws, Washington presumes that most property acquired over the course of a marriage belongs jointly to the spouses and is divided equally in a divorce.

The spouses can also agree that certain assets are separate property, meaning they belong to one of them. Inheritances often fall in this category.

Bezos separation the 'Godzilla of all divorces'

One of the biggest wealth transfers in history is expected in coming days.
News
2 years ago

MacKenzie got more than what pundits were expecting.
News
3 years ago