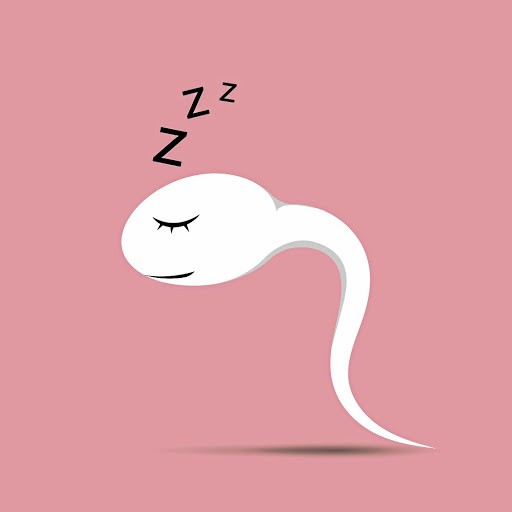 Western Man's sperm is snoozing on the job, declining by 1.4% year-on-year.
Image: 123RF/Yurihoayda

It's crunch time for Western Man. I don't say this lightly, or with reference to the fact that this particular breed of human is now considered terminally uncool after a sustained run-in with the dual forces of "woke" and "me too". I'm referring to the very real fact that Western Man is shooting blanks. His reproductive army has laid down its arms, vacated the building, and withdrawn from the field of fire. Like the US, his soldiers have left Afghanistan.

The sperm count of Western Man is on a steady decline. At a rate of 1.4% per year since 1973. The go-slow is real. The most recent study published in the Human Reproduction Update journal, in 2017, drew on 185 studies and the outcome was disappointing to say the least. It concluded that by 2011 the Western male was producing 59% fewer players for the A-team than he was fielding on average in 1973. Basically, Western Man's granddad was twice as fertile. And this was the prognosis 10 years ago. So you can just extrapolate. But perhaps you shouldn't.

Dr Shanna Swann has been studying this phenomenon for over 20 years and has just published a grim account of recent developments in this underperforming sector, Countdown — How Our Modern World is Altering Male and Female Reproductive Development, Threatening Sperm Counts and Imperilling the Future of the Human Race. The future isn't pretty. No, this isn't some great feat of retributive justice on the fallible kings of the universe, but rather a sad side-effect of modern life.

She blames a lot of it on exposure to "endocrine-disrupting chemicals found in everything from plastics to flame retardants, electronics, food packaging, pesticides and personal care products and cosmetics". Free-floating plastics are everywhere and they're taking their toll on little swimmers. Worldwide, fertility has dropped by 50% in the past 50 years.

Covid didn't help either — it seems people just didn't want to get down during the pandemic and the birth rate in the US is down 4% year on year. It transpires it's not just Western Man whose patrimony is being decimated by the free-floating plastic in everything: all men are taking a hit to their testosterone — and sperm is universally calling it quits and committing suicide, quite literally. (Though they haven't studied the men in Asia, South America and Africa in quite the same way over the same period to be able to confirm the problem in the same way. The bias is strong with science, too.)

Apparently these phthalates (used to make plastics durable) are having a negative impact on the natural world, with genital abnormalities and distinctly smaller penises manifesting in alligators, panthers and minks. Fish, birds, frogs and snapping turtles are developing both male and female gonads.

Margaret Atwood probably met up with this research when she came up with the plot lines of The Handmaid's Tale, where infertility on a global scale leads to terrible sartorial choices (I mean what are those bonnets all about?) and really weird sex. Consider yourselves warned.

Things are looking up for the super rich - or, at least, for some of them
Lifestyle
3 months ago

Working one day a week is optimal for personal happiness, says top varsity