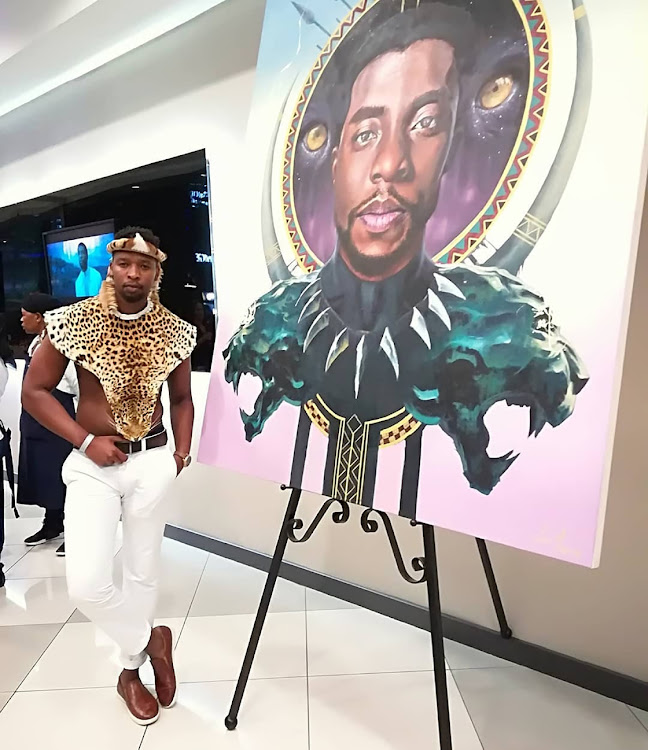 Butterworth-born visual artist Loyiso Mkize has added another milestone to his achievements. The Cape Town-based artist, whose work is presented at the prestigious Zeitz Museum of Contemporary Art Africa (MOCAA), has just joined the prestigious DC Comics in the US, where his artwork feature in a comic book to be sold there next month.
Image: SUPPLIED

Visual artist Loyiso Mkize grew up reading Batman comic books, and now he has had the opportunity of working with American company DC Comics which commissioned him to draw a character called Batwing for a Batman comic series.

Mkize, 34, from Butterworth, in the Eastern Cape, said he received an e-mail from DC Comics editor Ben Abernathy earlier this year, telling him that there was a title they wanted him to work on.

“I received an e-mail from Ben. He had been introduced to my work a few years ago from Comic Con Africa. He had been aware of my work in Kwezi [comic book] and all the stuff I did,” Mkize said.

He received the script for the book and a brief on what was expected from him.

“I was like 'OK, cool'. I grew up with Batman and the Bat-family. It’s an easy terrain to start off with.

“I read the script. It was well written.”

Here is what SA visual artist Loyiso Mkize had to say:

He described the experience of working at DC Comics as an “eye-opener”.

“I was well received. It was nice to work with creatives from another walk of life, given the fact that this is DC we are talking about, and this was me working under the heritage of the comic book culture. It’s been a dream.

“DC Comics is something a person like myself has looked up to as an organisation that churns out entertainment, especially the stuff I grew up on, and to be in the same stable is pretty cool.

“As a visual artist, there are only a couple of spaces that mean pivotal things for your career, so this is one of them.”

Mkize said it took him three weeks to draw the character, which he says is a standard pace for pencilling an episode.

All communication and the work for the books were done remotely due to Covid-19 restrictions.

“Communication was remote from conception to when the books were complete. Thank God for us being able to adapt to the new normal. The whole process was a feeding system, which included a network of artists that worked on a single book.

🚨Achievement Unlocked! 🚨 My debut for DC comics!!! Recently had the pleasure of penciling an episode of Luke Fox taking...

“I am a big fan of all the artists. These are people who worked their work in the industry. It was good to be introduced to that pack and have the guys work with me as a newbie. It worked very well. It was a collaboration,” said Mkize.

For Mkize, comic books were a “thing” when growing up in the 90s and that is when his love for the art form started.

“I was into comics at a young age by virtue of coming across comics through friends and starting a real love relationship with this reading medium. All these superhero stories captivated me.”

Growing up in a small town in the Eastern Cape, Mkize’s childhood was filled with an “escapist” world of imagination in comic books.

“My first comic was Batman. I started buying more comics and started falling in love with certain artists.”

Jim Lee is one of his favourite artists.

Mkize moved to Cape Town in 2006, where he studied graphic design.

“In my second year [at Cape Peninsula University of Technology], I started working part-time as an artist for Supa Strikas.

“It’s nice to have come from that stock of professionals where — quite similar to DC but on a smaller scale — you’ve got a handful of artists that are operating every day, making comic books.”

He left Supa Strikas in 2014 while working as a head illustrator to start his comic book, Kwezi. 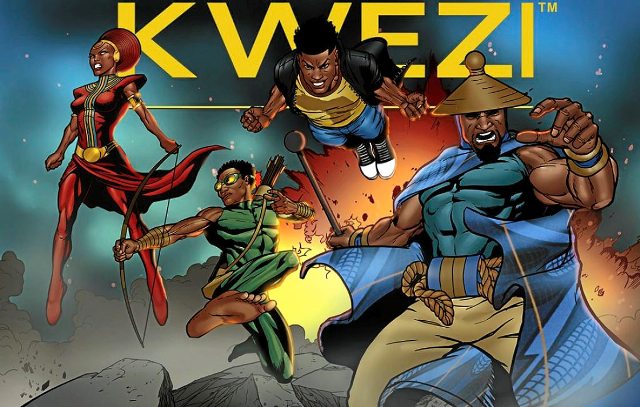 “Growing up, I could see none of the comics I read were anything like me. I felt like that there was a superhero in Mzansi and I thought someone would do.”

He said it was only after years of “honing” his craft that he was brave enough to start his project.

“Kwezi is a village-turned-urban kid in Joburg who discovers he has powers. This was such an exciting idea, where characters can break out to isiZulu, isiXhosa, Sesotho or Tswana. I wanted it to have a SA feel.

“The dream was for anyone reading the book to know I was exactly like that.”

The book is now on episode 15 and it is on track to becoming an animated series.

“That will be a first. We’ve developed the trailer of what will be the animation.”

Mkize also has a career in painting. “They [comic illustration and painting] feed into each other. I will have a season where I am painting and doing an exhibition.”

Comics are no joke in France. If you need evidence, witness the appearance last month of an engraving of Asterix on one side of the country’s new ...
Lifestyle
2 years ago

Comics are the hero of this fascinating Joburg art exhibit