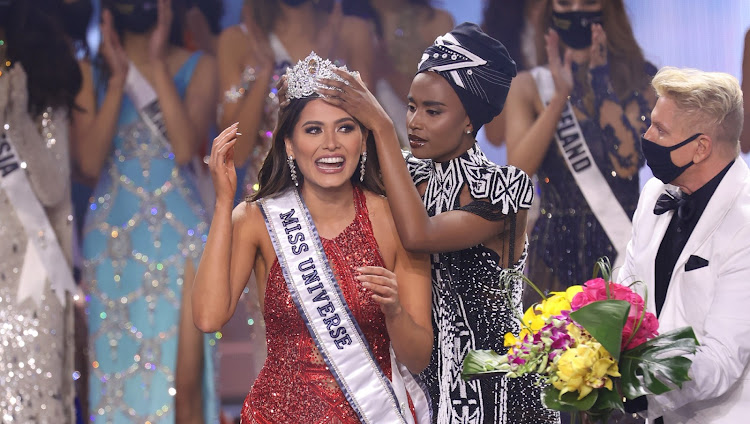 SA’s Zozibini Tunzi officially handed over “the keys to the universe” to Mexico’s Andrea Meza during the finale of the 69th Miss Universe pageant in Hollywood, Florida, on Sunday.

Fans on social media were quick to react to Tunzi’s final moments on stage as the reigning queen.

Many swooned over her outfit — a stunning beaded gown reflecting her Xhosa roots — while others praised the impact she made during her tenure as history’s longest-reigning Miss Universe.

However, it was the look of intense concentration on Tunzi’s face as she attempted to secure the sparkling crown on her bouncing successor’s head that had Twitter in stiches. Her expression echoed what many South Africans are likely thinking: Does she really have to give up her title?

Ok, but zozi is everyone's mood 😭😭😭 everyone was robbed #MissUniverse pic.twitter.com/Ix5bEMKJSm

The birth of these Olivia Culpo and Zozi memes is the best thing that happened tonight. Screw the results.#MissUniverse pic.twitter.com/uJDJlhB6tX

Despite looking fierce, from the video below it is clear Tunzi was just intently focused on the task at hand, and she can be seen saying “congratulations” to her successor.

After all, as the inspirational saying goes, "real queens fix each other's crowns".

Natasha Joubert may have missed out on a spot in the Top 21 of the Miss Universe pageant, but she certainly flew the flag high for Mzansi throughout ...
Lifestyle
1 month ago

I gave it my utmost: Natasha Joubert on her Miss Universe performance

The beauty queen says she hopes she made SA proud despite not placing in the competition.
Lifestyle
1 month ago

SA’s Zozibini Tunzi passed the Miss Universe crown to her successor on Sunday.
Lifestyle
1 month ago

Miss Universe 2019 Zozibini Tunzi was 'feeling all sorts of emotions' when she prepared to crown her successor at the finale of this year's pageant ...
Lifestyle
1 month ago

The beauty queen may have handed over her crown to this year's winner, but she will 'forever be the landlord of the universe in our eyes'.
Lifestyle
1 month ago