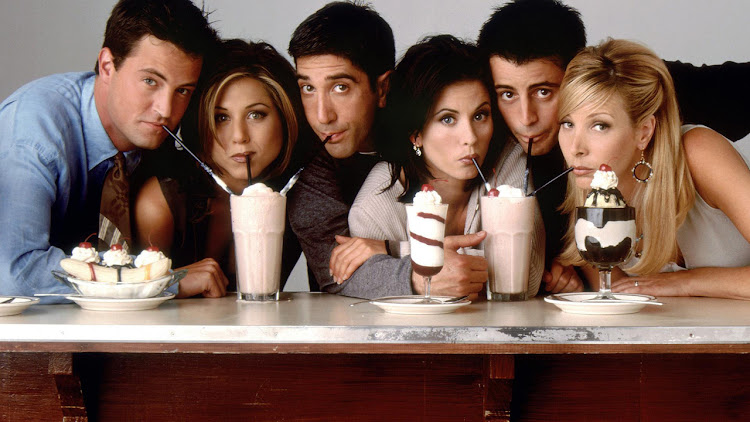 The cast of the hit US sitcom 'Friends'. File image.
Image: © Courtesy of Warner Bros TV

Joey would have opened a sandwich shop, Monica would be trying to outdo other moms at bake sales, and Rachel would have started her own clothing line.

That's what the stars of Friends imagine their characters would be doing 17 years after the hit comedy series came to an end in 2004.

Ahead of a one-off reunion special to be aired next week, Jennifer Aniston, Lisa Kudrow, Courteney Cox, David Schwimmer, Matt LeBlanc and Matthew Perry spoke with People magazine about the reunion, and their memories of the show.

“I always just feel like Monica would be doing something competitively with other mothers and trying to outdo them. Whether it's the bake sale at school or something. I mean, she'd be so annoying. She'd be at the head of the PTA or something,” Cox told People.

“Joey would have opened a chain of sandwich shops,” said LeBlanc.

“And eaten all the sandwiches,” quipped Perry.

Friends, the story of six 20-somethings in New York, was one of the most popular TV shows of the 1990s and has found a new life on streaming platforms, where it is one of the most watched shows worldwide.

The unscripted reunion will air on HBO Max on May 27 with a string of celebrity guests that includes Lady Gaga and Justin Bieber and actors who played supporting roles on Friends such as Janice, Richard and Gunther.

There's still no confirmation on when the highly anticipated special will air in SA, with Showmax indicating it had not yet secured the local rights to the special from HBO Max.

Aniston said getting back together for the reunion was “like a family”.

“I don't have sisters. It's what I assume sisters are like.”

Schwimmer said when the original series ended in 2004, he took a “Professor Geller” placard from his paleontologist character's office. Kudrow said she took Phoebe's rings as a memento and her security badge for the studio where the series was filmed.

The interview will be published in the People magazine edition that goes on sale on Friday.

Last week, HBO Max released the official trailer for the reunion special two weeks ahead its airing. The short teaser shows the six cast members walking side-by-side towards a building.

More than 15 celebs to join ‘Friends’ reunion, but still no word on SA broadcast

The long-awaited 'Friends' cast reunion will be broadcast on May 27 and will feature a slew of celebrity guests including Justin Bieber and Lady ...
Lifestyle
1 year ago

The long-delayed Friends reunion special is expected to shoot in March, actor Matthew Perry said on Thursday.
Lifestyle
1 year ago

No announcement has been made by Showmax or Netflix on the local airing of the hit US show.
Lifestyle
2 years ago