'We don't shy away from the politics, but the show is not political,' says lead actor Michael Chiklis of 'The Shield' fame 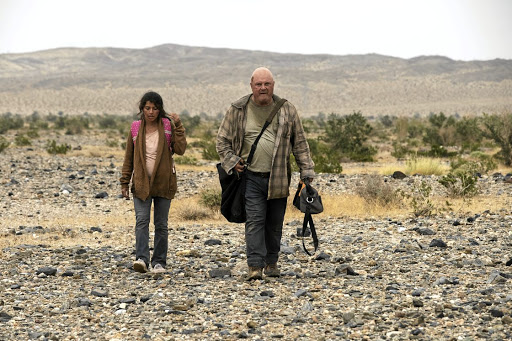 Michael Chiklis in a scene from 'Coyote'.
Image: Supplied

In the late 1980s and '90s, Michael Chiklis was an increasingly regular face in the movies and on television.

He played the role of a chubby, affable comedy stalwart and then, from 1991 to 1996, he was the star of the ABC TV series The Commish in which he played an upstate New York small-town police commissioner.

In the early 2000s Chiklis made a conscious decision to transform his image, buffing up, shaving his head and landing the starring role as Vince Mackey in The Shield. It was a role that earned him an Emmy and a Golden Globe.

Now he's returning to the series world in Coyote, a show that's been created for and around him.

Chiklis plays border patrolman Ben Clements, whose dreams of a peaceful retirement after 32 years of service are dashed when a series of unforeseen circumstances place him on the other side of the border in the service of the nefarious cartel lords he's spent his career fighting to keep out of the US.

Speaking of his previous transformation, the effect it's had on his career and whether his role as Mackey will influence audiences' approach to this new show, Chiklis says, "Whenever you have something that really breaks through in the way that The Shield did, it can sometimes take a little while to break that perception.

It's funny because for a while I couldn't break out of the role of affable sweet guy and then The Shield happened and people started perceiving me as this hard bastard. That's just part of being an actor and the problem of typecasting. I feel strongly about this particular project that when people watch it, one minute into the show and they'll have forgotten all about the other characters."

Chiklis says that when he was approached by longtime friend and Coyote creator Michelle McLaren, "I'd been a fan of a show, Fauda, and I loved the set of thematic questions about the collision of cultures that this show explored".

He was also keenly aware that people for the last decade had been trying to crack these themes, doing shows about the US-Mexico border situation.

"That was the other thing about it that attracted me - the notion of a border patrol agent who … all of a sudden finds himself on the other side of the border having to literally walk a hundred miles in another person's shoes - that was fascinating to me. This odyssey where a white, 50-something guy from the US has all of his choices taken from him and is thrust into this situation. As an actor that's pretty exciting."

He promises that the show, which aired earlier this year in the US and arrived in SA last week, is going to avoid the trappings of these procedurals you see that are sort of pat and that we've seen and seen.

"We don't shy away from the politics but it's not political. In other words, we really want to deal with the human aspects of these stories on the ground, respecting you as an audience member and letting you make up your own mind."

The border has been a hotly contested political topic in the US for decades and in particular during the Trump era, when the show was shot.

Chiklis acknowledges that: "I know it's crazy of us to step right into the fire but unfortunately in my country there's just been this incredible polarisation and the nuance in our political discourse has been removed," he says.

However, he does see a similarity to The Shield, which dealt with the grey area of crime fighting in the shadow of the patriotic drive for US self-preservation in the post-9/11 era: "One of the things I loved about The Shield is all the nuance of the situation down there. It's not just that you're either pro-immigration or anti-immigration or that you're pro-border patrol agents or anti them — that's nonsense.

"We have to be adults and look at all the nuances in these stories. The wonderful thing about drama is that you're able to explore those crevices deeply and thoughtfully and hopefully entertain people and make them think about it."

• 'Coyote' airs on the Universal Channel (DStv channel 117) on Mondays at 8pm.

The theme of this solid, if sometimes slow, film resonates in a world recently devastated by the insanity of fake news
Lifestyle
7 months ago

'The Hunt', 'The Vanishing At The Cecil Hotel': Five new things to stream now

Worth binge-watching or a waste of time? We weigh in on the latest series and movies.
Lifestyle
7 months ago

While not always as carefully plotted out as its predecessors, season 4 is still is timely, original and hugely entertaining
Lifestyle
8 months ago