‘Charlie bit my finger’: viral video of two brothers to be pulled from YouTube after $760,999 NFT auction 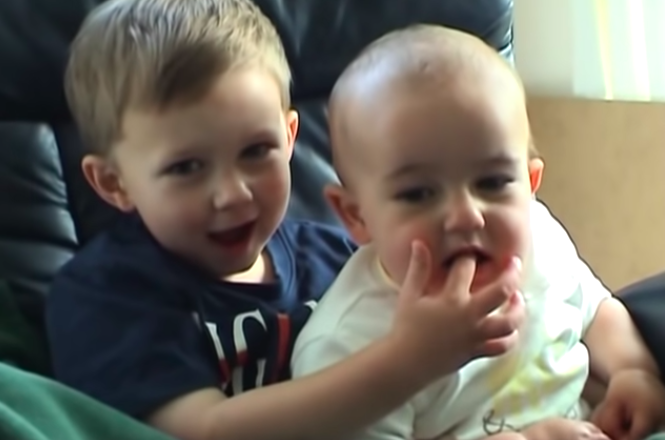 The viral 'Charlie Bit My Finger' home video will be pulled off YouTube after it sold for about R10.5m.
Image: Screenshot

A viral video of two brothers from England is the latest to be removed from social media platforms after the boys’ parents auctioned it off on a non-fungible token (NFT).

The hilarious “Charlie Bit My Finger” home video featuring the brother will be pulled from YouTube after their parents auctioned it off for $760,999 (about R10.5m).

“Bid to own the soon-to-be-deleted YouTube phenomenon ‘Charlie Bit My Finger’, leaving you as the sole owner of this lovable piece of internet history (while also getting the chance to say Charlie bit your finger, if you want to see what all the hype is about),” read the auction site.

The video is one of the most viewed home videos on YouTube with more than 883 million views.

In the video, big brother Harry Davies-Carr, who was three years old at the time, sticks his finger into one-year-old Charlie’s mouth. When Charlie bites his finger, Harry begs him to stop.

“Ouch, Charlie! That really hurt!” he can be heard crying while Charlie giggles.

Watch the video for the last time below:

The auction was won by a bidder named “3fmusic”, who won a bidding war with another potential buyer named “mememaster”.

Speaking on CBS, Howard, the father of the boys, who are now 17 and 15, said the money would be used for their education.

“It means Harry goes to university and has a nice place to stay and doesn’t have to have a bar job,” he said.

Other viral content that was removed from the internet was the “Disaster Girl” meme.

A non-fungible token is a unit of data stored on a digital ledger, called a blockchain, that certifies a digital asset to be unique and therefore not interchangeable. NFTs can be used to represent items such as photos, videos, audio and other types of digital files.

Profiting from destruction, physically and virtually

A street artist has destroyed a mural to create a crypto artwork, the proceeds from which will go to Britain’s NHS
Lifestyle
1 month ago

We've heard of the art world waking up to NFTs, and now it seems that musicians are also buying into the concept.
Lifestyle
2 months ago