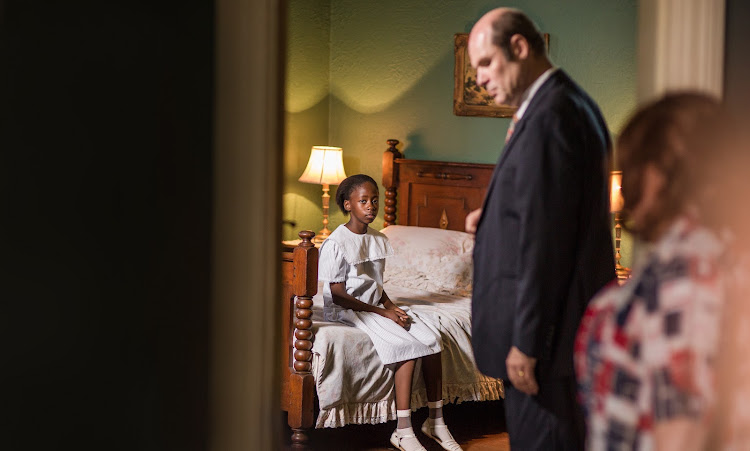 A scene from the SA human trafficking thriller 'I Am All Girls', which debuted on Netflix on May 14 2021.
Image: Supplied

For the first time, Netflix is streaming a full feature film from SA on its global platforms, and international audiences are lapping it up.

Titled I Am All Girls, the mystery thriller has an all local cast and crew and is set in and was shot on location in Mzansi.

Directed by Capetonian Donovan Marsh, it stars Hlubi Mboya and Erica Wessels as fierce female cops who team up to bring down a global sex trafficking ring.

After premiering on May 14, I Am All Girls quickly shot up WhatsOnNetflix.com’s global list of the Top 50 movies on Netflix, cracking the number two spot just two days later. It is currently ranked in ninth place.

WATCH | The trailer for 'I Am All Girls' [WARNING: This trailer contains content that may be upsetting to sensitive viewers.]

I Am All Girls is the first project from local production house Nthibah Pictures, and was the brainchild of its founder Wayne Fitzjohn.

Fitzjohn said he picked “subject matter that was very difficult [and] controversial” because he wanted to make a movie that would make a difference. The goal was to highlight the challenges faced by law enforcement in combating human trafficking, as well as by “those who are dedicated to helping the victims”.

He said the success of the film will be measured by its impact.

“We make this movie to have an impact on human trafficking awareness, not only in SA but across the world,” said Fitzjohn.

“This is a global problem. The statistics we quote in the movie are specific to the problem in America, but sadly they are similar in all countries. We wanted to draw people into this world so they could be aware of what’s going on in their own communities.”

Worth binge-watching or a waste of time? We weigh in on the latest series, movies and documentaries
Lifestyle
1 month ago

The star of Amazon Prime's 'Underground Railroad' - directed by Oscar-winner Barry Jenkins - is the first local actress in history to headline a US ...
Lifestyle
1 month ago