Director shares his vision for 'This Is Not a Burial, It's a Resurrection'

Lemohang Jeremiah Mosese’s debut feature is a moving portrait of a woman and a people caught between their past and forces of the future. He tells us more 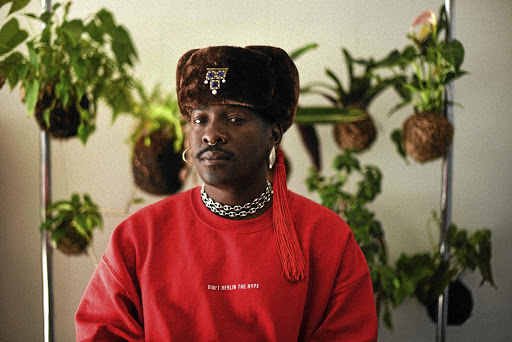 'This Is Not a Burial, It's a Resurrection' director Lemohang Jeremiah Mosese.
Image: Bioscope

Lemohang Jeremiah Mosese was born in 1980 in the mountain kingdom of Lesotho. He left his homeland in his teens to study human resources in SA, but soon abandoned that and began to teach himself the art of filmmaking.

Based in Berlin for the past few years, he has steadily and quietly built himself a reputation as a singular, poetic cinematic voice through a number of short films.

He made the hard-to-categorise docu feature Mother, I Am Suffocating. This Is My Last Film About You, which screened to great critical acclaim at festivals around the world in 2019.

His debut feature, This Is Not a Burial, It's a Resurrection, became Lesotho's first entry into the running for the Oscars' Best International Feature Film category this year. The film didn't make it to the shortlist for Academy Award contention but over the last year it's screened at prestigious festivals from Sundance to Venice and has won a number of accolades.

The film stars the late Mary Twala in a career-defining final performance as Mantoa, an octogenarian widow living in a remote rural village. She fights a determined but doomed battle against the forces of progress that threaten her village's history and tradition - presented here by the planned building of a water project.

It's a visually breathtaking and moving portrait of a woman and a people caught between the ghosts of their past and their attachment to their land, and the relentless capitalist forces of the future which are intent on uprooting and displacing them.

WATCH | 'This is not a burial, it's a resurrection' trailer.

Mother I am Suffocating may have indicated in its title that Mosese was done with making films about his homeland and the continent. But after that film's completion he still felt that he wanted to explore more ideas, not necessarily dealing with the country or the homeland but with his mother, with his mother tongue, with his identity.

"I'd always wanted to explore more ideas about spirituality and the idea of time. Resurrection is actually about this time within a space and how time pivots above us, through us and below us," he says.

He describes himself as a "filmmaker who doesn't create from a technical or logical point of view".

"Logic doesn't exist in my thinking or in my approach," he elaborates. "I don't create out of technique. Everything is a stream of ideas. My approach is fluid. I'll have visuals and ideas or I'll have pictures in my head that I've had for a long time. I try not to question them, as far as the form or the language in which they'll be expressed goes."

Lesotho filmmaker hopes to make history at 2021 Oscars, and his film promises to resurrect Southern African cinema
Lifestyle
7 months ago

When it came to casting the character of Mantoa, Mosese was sent Twala's audition tape by Pansegrouw and saw in the legendary South African actress's face, "a beautiful landscape; a beautiful sort of roadmap to transmute ideas. I felt that her fragility worked because she's not a larger-than-life figure in stature. She's a small person, which worked perfectly for this role. I'm happy that I felt open to giving Mary a chance, because of course she's a legend in her own right. Having the opportunity to work with her was amazing."

Mosese's filmmaking and storytelling approach, evident in the natural rhythms and pacing of Resurrection, is deeply influenced by the oral traditions of Lesotho.

The film, shot by cinematographer Pierre de Villiers in a square 4x3 format that focuses on the characters while forgoing the easy charms of the stunning natural landscape, also manages to achieve Mosese's ambition of showing landscape as a character: "Not as beauty; not as a prop; not as something to wow."

The film's pace is also influenced by its setting and by a Basotho legend Mosese says comes from the mountains of Thaba Bosiu, the burial place of King Moshoeshoe I. "It's said that if you go up there and take a handful of sand, all of it will slip off your hand. This informed my aesthetic. I wanted the film to have fluidity, like sand slipping through the fingers."

I wanted the film to have fluidity, like sand slipping through the fingers

Director Lemohang Jeremiah Mosese on 'This Is Not a Burial, It's a Resurrection'

Mosese believes that the generally laudatory reception of the film by critics and festival-goers has reaffirmed his initial feeling that it would resonate with people because he enjoys the film himself. "I feel there are things the audience can get out of it."

Unfortunately, due to the Covid-19 epidemic and the lack of a proper cinema space in Lesotho, audiences there have not yet experienced the film. But Mosese hopes that once things return to some semblance of normality, he'll be able to take the work to the place that inspired it and show it to the people whose traditions and lives have played such an important role in its realisation.

Twala, who passed away last year, was unfortunately denied an opportunity to watch her final, mesmerising performance in the company of an audience, but Mosese believes that she's watching with a bigger audience now, "in a big hall filled with clouds and the witnesses who've gone on to other life".

• 'This Is Not a Burial, It's a Resurrection' is currently in cinemas and screens on May 30 at 11am at The Bioscope, 44 Stanley Avenue, Johannesburg

From Netflix to film festivals, local series and movies are doing us proud on the world stage, but the industry still faces tough challenges
Lifestyle
5 months ago

In spite of its difficulties, this year still produced some excellent entertainment that made life under lockdown a lot more bearable
Lifestyle
6 months ago