Blending ancestral chants, hip-hop sounds and kwaito-style lyrics, Siphosethu Nkondlwane is one of the most unique voices on the SA music scene 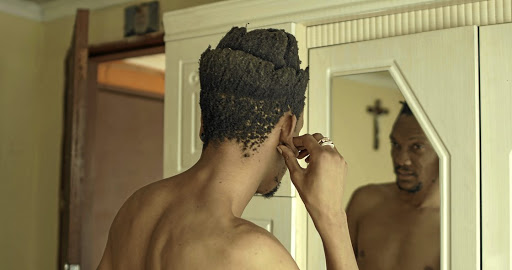 Siphosethu Nkondlwane has come a long way from his roots in the Eastern Cape, where as a child he would sing along with a drunken accordion-playing uncle.
Image: Supplied

Siphosethu Nkondlwane refers to his music as "lalipop" - perhaps an apt description of a sound that traverses genres including jazz, kwaito, hip-hop and folk. Known by the stage name Laliboi (village boy), the artist recently released a music video for the song Somandla from his debut album, Siyangaphi.

In it, an old man is seen walking about in a homestead as cows graze in a field. The man spends time with his grandson, sharing a meal, looking at old family photos, sitting on a chair playing the trumpet. Laliboi appears in the video only later, wearing the same clothes we see on the old man earlier - a demonstration of heritage being passed on over generations.

The song title means "of power" in the Nguni languages, but is often used as a reference to God. Laliboi raps about the challenges that face young black men in the modern context - unemployment, crime, drug abuse. He asks for guidance in navigating these social ills as he chases his dreams both at home and on stages abroad.

WATCH | The music video for 'Somandla'.

"It's a prayer to both God and the ancestors," he explains. "I was raised in a Christian home but, as with many black families, even though we are religious we still observe ancestral rituals."

Renowned South African artist and record producer Spoek Mathambo produced Somandla, and when he played the instrumental for the first time during recordings, Laliboi says the sample of a chant by healers on the track spoke to him because it reminded him of something familiar - hearing the chants whenever healers had ceremonies back home in eGcuwa in the Eastern Cape.

Mixing those influences with a contemporary sound steeped in hip-hop and kwaito-adjacent lyricism has become a signature for Laliboi, who recalls his earliest experiences with music as a child at family gatherings. "My uncle used to play the accordion. He would be drunk and singing in a crusty voice. I was scared of him, but he liked to make me sing along."

When he moved to Vosloorus the sound at home was Umhlobo Wenene FM, but it was on the streets of the Ekurhuleni township that Laliboi would find himself immersed in hip-hop.

The pandemic brought Sampa the Great home to Africa — and inspiration

"There was a clique that was part of a collective known as Lyricistville," he says. "Although I was not a member, I used to go to the cyphers with them. That's where I started dropping my Xhosa verses and people began to take notice."

This was back in high school in the early 2000s and his love of the craft began to bloom. Laliboi would soon be auditioning for the classic SABC 1 music variety show Jam Alley, making it to the second spot in the then popular TV show where competitors had to either perform a cover or freestyle.

Unsatisfied with being number two, Laliboi went back to Jam Alley to claim first prize.

"The first time I went I was really nervous. I'd never been on television before. I even thought I would forget my lines, but fortunately I didn't. I think the second time around I won because I was just more confident. I was a bit more familiar with being on the stage on the Jam Alley set with all the cameras."

Muneyi's album 'Makhulu' is filled with 'lessons in love, loss and healing'

Convinced this would be the start of his career in music, Laliboi started angling for a recording deal. But it was a chance meeting with a guy who went by the name Eldawg that would set things in motion. "He was playing a guitar on a street corner and I just started dropping lines as he played. He was impressed and invited me to join his band. They needed a vocalist. He said 'Let's go. Let me introduce you to the fellas.' We went, they liked what they heard and I got to do my first live show with a band at Cool Runnings in Melville as a result."

Many years later, the multi-instrumentalist and vocalist has emerged as one of the most unique voices on the South African music scene, often sharing stages with other musicians - including playing as part of The Charles Géne Suite ensemble featuring fellow artists Rãms, ASL, SOMESAYFEDI and Muhammad Dawjee.

Setting his sights on the global stage, Laliboi has already been causing waves as far as France, where he recently placed second in a knockout competition of Afro-inspired music and musicians. His debut album, named after his late great-grandfather, is available on all streaming channels.

This legendary musician won’t be pinned down, but here and everywhere he will be celebrated
Lifestyle
4 weeks ago

Zoë Modiga's advice for musicians feeling pressured by the pandemic

The singer on her new album, 'Inganekwane', and why she feels SA artists have been let down by the government
Lifestyle
2 months ago

The Southern African Music Rights Organisation says it has started collecting royalties on behalf of its members from TikTok, Facebook and Netflix ...
Lifestyle
1 month ago