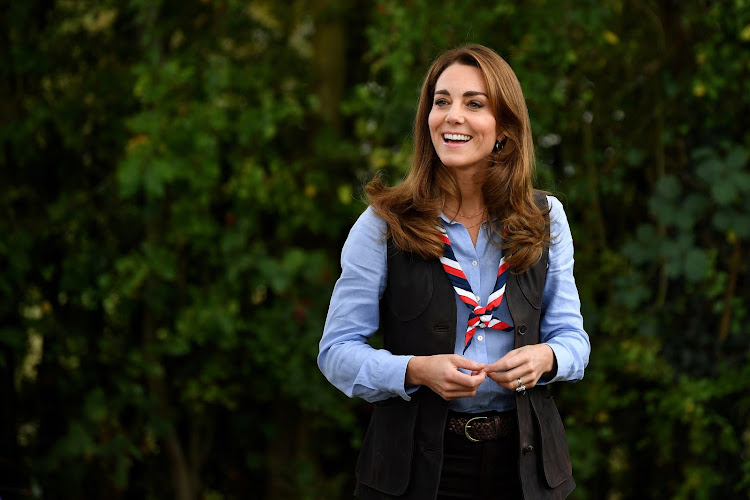 The Duchess of Cambridge, Catherine, is the latest royal to receive her first dose of the Covid-19 vaccine.
Image: Daniel Leal-Olivas/Pool via Reuters

The Duchess of Cambridge, Catherine Middleton, said she had received a first dose of Covid-19 vaccine and paid tribute to everyone involved in the rollout of the inoculation programme.

Kate, 39, said she had received the shot at the Science Museum, a prominent tourist attraction not far from Kate's Kensington Palace home in west London.

“Yesterday [Friday] I received my first dose of the Covid-19 vaccine at London's Science Museum,” she said on the Twitter account she shares with her husband, Prince William, along with a picture of her receiving the shot.

“I'm hugely grateful to everyone who is playing a part in the rollout — thank you for everything you are doing.”

Yesterday I received my first dose of the COVID-19 vaccine at London’s Science Museum. I’m hugely grateful to everyone who is playing a part in the rollout - thank you for everything you are doing. pic.twitter.com/h427iT0n4x

William, 38, said last week he had been given a first dose of vaccine. His grandmother, Queen Elizabeth, got her first shot in January and has encouraged others to take up the vaccine, saying it was quick and painless. Prince Charles and his wife, Camilla Parker-Bowles, meanwhile received their jabs back in February.

It remains unclear if the Duke and Duchess of Sussex, Prince Harry and Meghan Markle, have received their shots already since moving to the US after stepping down from official royal duties. The pair, who are expecting their second child, have been quite vocal in their calls for vaccine equity.

Britain is currently offering a Covid-19 vaccine to anyone aged 30 and over, and has given a first dose of vaccine to 38.8 million people.

Britain's heir-to-the-throne Prince Charles and his wife Camilla have had their first doses of a Covid-19 vaccine, his office Clarence House said on ...
Lifestyle
4 months ago

Duchess of Sussex Meghan Markle has urged that women “who have been disproportionately affected” by the Covid-19 pandemic should be prioritised in ...
Lifestyle
1 month ago

Global Citizen has rallied world leaders, royalty and celebrities for a star-studded concert aimed at raising funds and awareness on vaccine equity.
Lifestyle
1 month ago