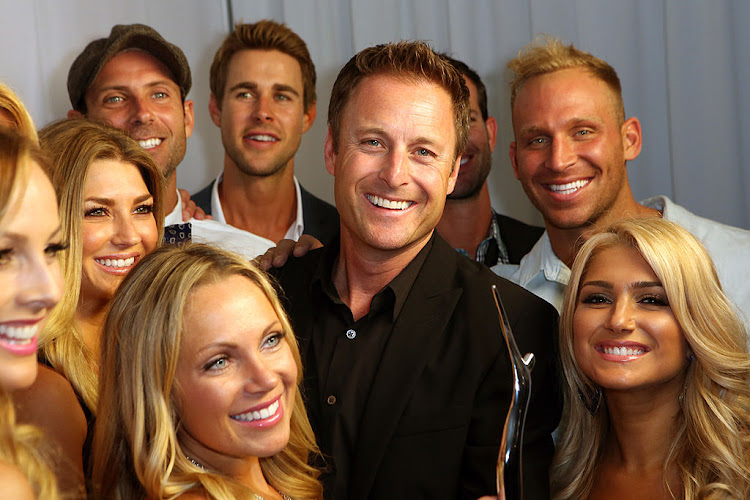 "The Bachelor" and "The Bachelorette" host Chris Harrison, pictured her with castmates, has been axed from his role over a racial furore. File image.
Image: Ari Perilstein/Getty Images for Variety

The host of television's popular Bachelor dating show franchise is leaving after almost 20 years, ABC Entertainment said on Tuesday, after a furore over racially insensitive remarks.

Chris Harrison, who has hosted ABC's The Bachelor and spin-offs including The Bachelorette and Bachelor in Paradise since 2002, will not be returning after temporarily stepping aside in February, ABC and production company Warner Horizon said in a joint statement.

“Chris Harrison is stepping aside as host of The Bachelor franchise. We are thankful for his many contributions over the past 20 years and wish him all the best on his new journey,” the companies said in a statement.

“While my two-decade journey is wrapping up, the friendships I’ve made will last a lifetime,” he added.

Harrison's future with the franchise has been in limbo since February when he sparked controversy for comments he made defending The Bachelor contestant Rachael Kirkconnell, who won in March when she was paired up with Matt James, the first-ever Black male lead.

Images of Kirkconnell attending an antebellum-themed fraternity party in 2018, and wearing Native American attire while she was a college student, surfaced on social media while the show was airing.

Harrison's comments fuelled a long-running debate about a lack of diversity on the Bachelor franchise and came at a time of a wider reckoning in the US after mass protests in 2020 over the deaths of unarmed Black men and women while in police custody.

Despite launching in 2002, the franchise did not have a Black person as a lead contestant until 2017, when Rachel Lindsay was cast as the first Black Bachelorette.

Both Harrison and Kirkconnell later apologised for their comments and actions, and Harrison said he was stepping aside temporarily as host.

Tuesday's statement did not say who would replace Harrison as host of the franchise.

The Bachelor and its spin-off shows are among the most — watched and discussed shows on ABC, with a fan after known as Bachelor Nation.

The DA MP opened up about her fear and said she was worried about her sister Qiniso joining the show.
Lifestyle
1 year ago

How 'The Bachelorette SA' was filmed in a 'quarantine bubble'

Director Tasneen Henderson on the challenges of filming during Covid, working with bachelorette Qiniso van Damme and more
Lifestyle
1 year ago