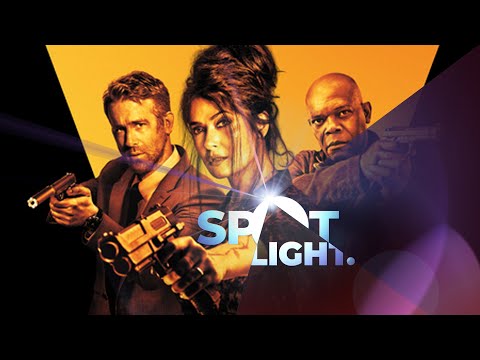 Spotlight is our brand-new bite-sized entertainment snapshot featuring new movie releases in SA, exclusive film trailers and much more. New five-minute episodes will be published every Thursday in Sunday Times Lifestyle and on our YouTube channel.

Our first episode features everything that Hollywood is currently serving up for cinema audiences, and we take a peek at what there is to look forward to in the coming weeks.

Have a look at on-set insights from director Michael Chaves in the biggest horror film now scaring cinema audiences: The Conjuring: The Devil Made Me Do It. This third instalment of the franchise is being called the gold standard of horror for good reason — and cinema audiences agree, if the box-office results are anything to go by.

Viewers also have a chance to win double tickets to sneak previews of The Hitman’s Wife’s Bodyguard this coming week at cinemas and a bottle of Ryan Reynolds’ own premium Aviation Gin. Please note, you have to be 18 years or older to enter.

The previews will take place nationwide at cinemas from June 11.

To stand a chance of winning the tickets and the gin, email your answer to the following question to spotlight@timeslive.co.za before 12pm on June 17 with your name, surname and phone number.

Question: Who plays the role of The Hitman’s Wife’s Bodyguard in the movie of the same title?

Winners will be drawn randomly and notified by email after the competition has closed. Entrants’ personal details will not be retained for marketing purposes. Winners have to provide proof of age (ID/driver’s licence) and cover their own travel and accommodation expenses.