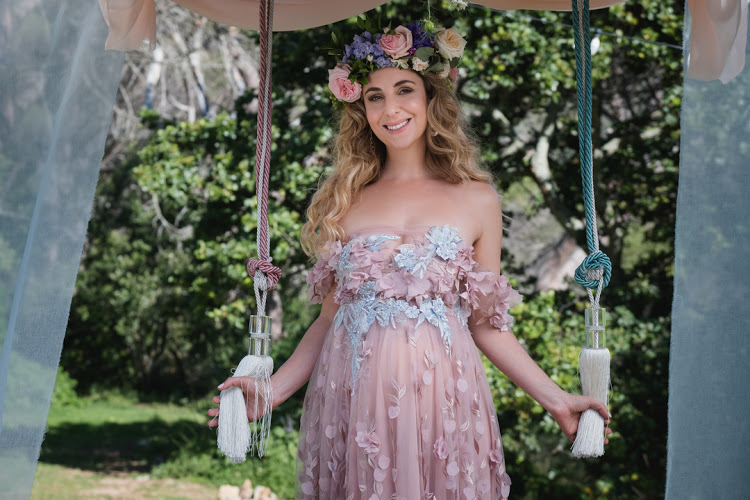 Julia Anastasopoulos' alter ego Tali has weighed in on the Thembisa woman who gave birth to 10 babies.
Image: Showmax

Reality TV star Tali Babes has weighed in on a report of a Pretoria woman who allegedly gave birth to 10 children.

Pretoria News reported on Tuesday that Gosiame Thamara Sithole gave birth to the children at an unnamed Pretoria hospital, setting a world record. However, both the national and Gauteng governments said they were unable to find any records of the births.

The character, played by Julia Anastasopoulos, took to Instagram on Wednesday to share her thoughts on the news.

“There's a woman who gave birth to ten babies. Ten! I didn't know that was possible, I thought the cut off was 8. She's trying to get into the Guinness Book of Records, then the next thing I hear is she's run away,” she said.

Speaking to TimesLIVE on Wednesday evening, the babies' aunt said the 10 were in an undisclosed hospital in Pretoria “fighting for their lives”.

Tali said she didn't think the woman had “run away” as speculated by some, but needed space from the media and the public to recover from birthing 10 children.

“I don't think she's run away. I think she's hiding away from the media because they are so hectic. Imagine you've just had 10 children and now you have people coming at you saying 'wow, you had ten children. Come be in a photo shoot.' Absolutely not!” she said.

"We’ve found the family and we are informed the babies are well," Ekurhuleni mayor Mzwandile Masina tweeted on Wednesday.
News
7 months ago

SA's most famous babies - the "Thembisa 10" - are in an undisclosed hospital in Pretoria "fighting for their lives".
News
7 months ago

Users joked they had "organised Spiderman" for the bash and called on brands to donate gifts to the couple.
News
7 months ago