This week we present the much-anticipated ‘Fast 9’ and other exciting July cinema releases, plus a chance to win exclusive movie merchandise

Please note: the cinematic release of the films mentioned in this episode has been delayed due to the changes made to SA's Covid-19 lockdown status from June 28. 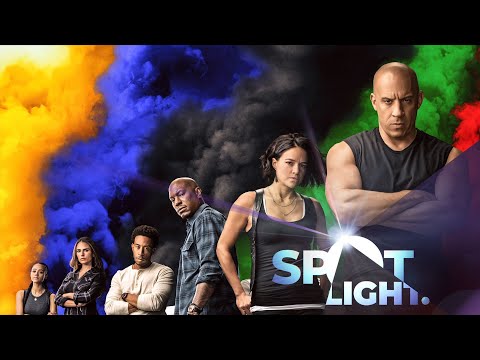 Spotlight is our entertainment bite-sized snapshot featuring new movie releases in SA, exclusive film trailers and much more. New five-minute episodes are published every Thursday in Sunday Times Lifestyle and on our YouTube channel.

This week, the Spotlight is firmly focused on the new Vin Diesel action fest that is Fast and Furious 9. We feature plenty of footage to remind us why the films in this franchise have adrenalin junkies asking for more, including our top five Fast & Furious moments since this billion-dollar franchise first hit cinema screens in 2001. We show you why the latest instalment is not to be missed on the big screen — while an assortment of Hollywood A-listers makes up the cast, there are also added surprises and next-level action scenes.

We also feature another action-adventure film to look forward to this year: The Ice Road, with Liam Neeson himself giving us insight into what attracts him to roles in this genre. Other exciting releases coming up in July include the endearing family animation film Ladybug, and we have footage from the remake of the classic film Space Jam, titled Space Jam: A New Legacy.

This episode includes a money-can’t-buy-it competition, giving you a chance to win exclusive movie merchandise hampers, including some Fast and Furious 9 items.

You could win an exclusive movie merchandise hamper, including some Fast & Furious 9 items.

To enter the draw, SMS the keyword SPOTLIGHT & your answer to the following question to 41742, or email your answer to spotlight@timeslive.co.za before 12pm on June 30 with your name, surname and phone number.

Winners will be drawn randomly and notified by email after the competition has closed. Entrants’ personal details will not be retained for marketing purposes. Winners have to provide proof of age (ID/driver’s licence) and cover their own travel and accommodation expenses. SMS entries charged at R1.50