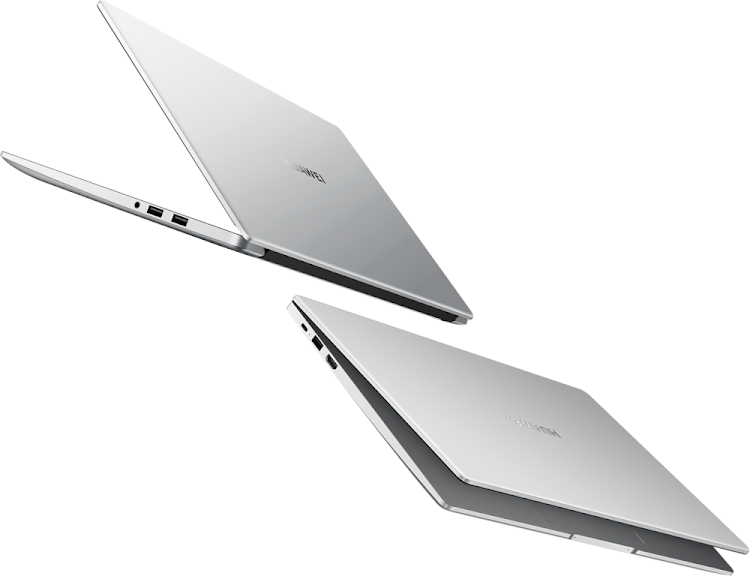 The Huawei MateBook D 15 is a mid-range, ultra-slim laptop that feels (and functions) like a premium device. It has a smooth design aesthetic and the specs to match. 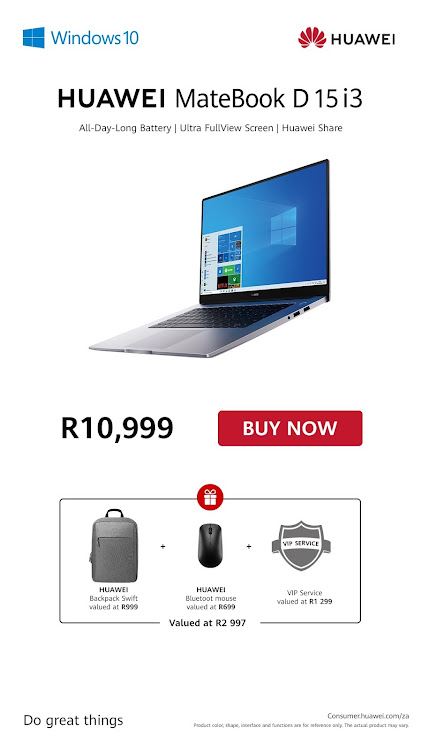 The Huawei Matebook D 15 is available at the Huawei online store.
Image: Supplied/Huawei

Sleek and understated with a fully metal body, the MateBook D 15 is lightweight, which makes it perfect for anyone on the go. Weighing just 1.53kg and with a thickness of 16.9mm, it’s a laptop that would work beautifully for both students and young professionals.

When you open up the MateBook D 15’s FullView Display, you’ll be impressed by its 87% screen-to-body ratio and narrow bezels which have been reduced to just 5.3mm, making it perfect for watching movies, getting creative, or getting work done.

The 1080p FHD IPS screen has antiglare protection and 178° wide viewing angles — ideal for anyone who wants a bigger screen. Like Huawei’s MateBook 14, the MateBook D 15 has a biometric power button — your fingerprint turns it on and logs you in at the same time — and a webcam integrated into the keyboard. This means that not only are you getting more screen space, but you’ll also never need to worry about accidentally leaving your camera on.

No need for computer glasses — the MateBook D 15’s screen is TÜV Rheinland-certified and effectively filters out blue light, protecting your eyes. On the sides of the MateBook D 15 you’ll find a USB-C, USB 3.0 and two USB 2.0 ports as well as one HDMI port and a 1x 3.5mm auxiliary port which can support multiple I/O needs simultaneously, including peripheral connection and battery charging.

Speaking of battery life, the MateBook D 15 comes with a pocket-sized USB-C that can power up the laptop more than halfway in 30 minutes. It also supports fast charging and data transfer for your phone and this isn’t something you usually find with mid-range laptops.

One of the best things about Huawei laptops is how seamlessly they connect to other devices. Huawei Share makes this possible and what it really means is multiscreen collaboration that works. If you have a Huawei smartphone, you can control it using the MateBook D 15’s mouse and keyboard. Connecting the two, you’ll see your phone screen on the laptop screen which makes dragging and dropping files between the two a dream (and it doesn’t make a difference how big the file size is as it uses its own local Wi-Fi network).

The MateBook D 15 is equipped with two storage devices — one solid-state drive and one hard drive. This makes it ready to handle any task, be it business or pleasure, which is cooled down cleverly with Huawei’s Shark Fin Fan 2.0 tech.

If you’re on the hunt for a compact (yet large-screened) laptop that looks far more expensive than its R10,999 price tag, the MateBook D 15 is a great option. Yes, it’s thin and light which makes it perfectly portable, but the reason the MateBook D 15 truly shines is its design in combination with the array of useful features and hardware that Huawei has included. All of this makes the MateBook D 15 the perfect everyday laptop. 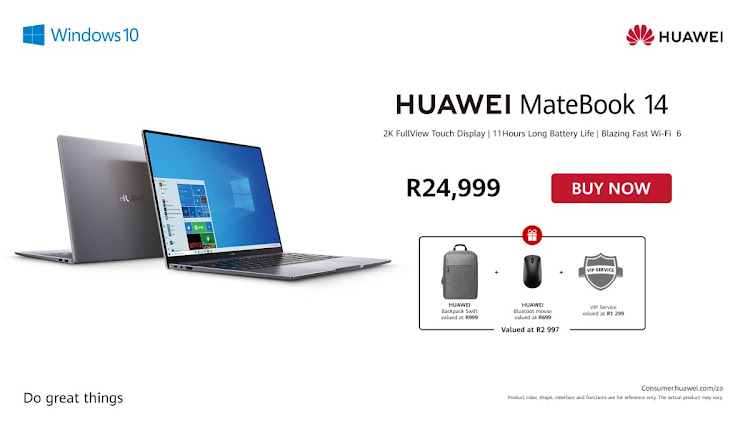 The Huawei Matebook 14 is available at the Huawei online store.
Image: Supplied/Huawei