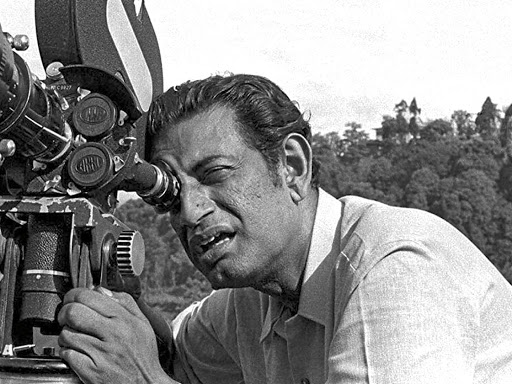 As a filmmaker, Ray's work was characterised by a deceptive ability to capture the deep humanity of his characters using masterfully minimalist techniques.

As a short-story writer, he was known for the sparkling characters who populated his twisty tales that poked fun at the foibles of human nature, somewhere between the cynical cautionary vignettes of O Henry and the black-humoured, supernatural chills of Roald Dahl.

Conceived by director Srijit Mukherji, who helms the first two films in the series, Ray updates much of its source material to present-day India and reinterprets the content for more adult audiences than the original stories were intended for, with decidedly mixed - and intriguing - results.

Mukherji's first offering, Forget Me Not, is based on Ray's gently dry-humoured revenge tale Bipin Chowdhury's Memory Loss. But it is turned here into a far darker story of the consequences of narcissism and ambition in the fast-paced world of tech entrepreneurship in an uneven and sometimes too obvious psychological thriller that recalls in style not so much the humanism of Ray but rather the plot-heavy twists and turns of Alfred Hitchcock.

His second film, Bahuruphi, based on a wry cautionary tale called Chameleon, similarly opts for a dark re-imagining of its source material that's more Stephen King in tone and execution than the source material and offers similarly mixed results.

This story follows a beleaguered office employee who is left some money and a book on the art of prosthetics by his late grandmother. He uses these to enact personal revenge against the many people who have humiliated him by using his new-found skills in the art of disguise.

These first two films may be too uneven in tone and unfocused in execution to give the viewer much hope in the potential of the anthology, but the final two films, directed by Abhishek Chaubey and Vasan Bala, breathe fresh life into their adaptations.

Chaubey's adaptation of Ray's story Bahrin Bhomwmick's Memory Loss is a gently humorous two-hander set mostly in the compartment of a long-distance train occupied by two very different men - a singer and a former wrestler - who can't shake the feeling they've met before in similar circumstances.

'The White Tiger' exposes the harsh realities of India's inequality

Based on the award-winning book of the same name, this film is a hugely entertaining and thoughtful examination of what it takes to achieve success ...
Lifestyle
6 months ago

It echoes Hitchcock's Strangers on a Train but it's handled in the comic style of Ray's original and ends up as the standout film in the anthology.

Vasan Bala's Spotlight takes a side-character in Ray's original story and weaves a smart satire of celebrity and the desperate need for popular recognition and fame into its examination of the battle between a film star in the middle of a creative crisis and the beloved, mysterious religious figure who seems to curse him at every turn during a stay in a popular hotel.

Ultimately, in spite of its uneven approaches and varying degrees of success, there's still plenty to be intrigued by in this anthology that celebrates one of India's artistic legends by bringing him bumpily into the modern era for the enjoyment of a new generation of audiences.

• 'Ray' is available on Netflix

Tributes for activist and renowned playwright and author Ronnie Govender poured in following his death on Thursday.
News
3 months ago

From India to France, this is what you’ll find on the couch

This weekend, you’re sure to find your poison among these streaming options
Lifestyle
5 months ago