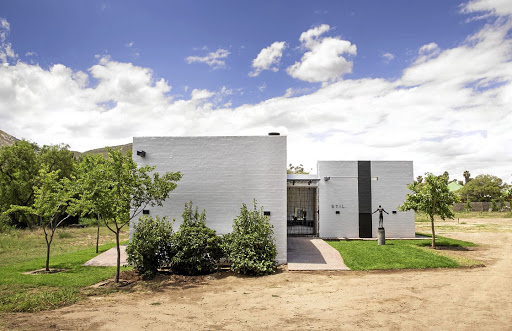 With safe, peaceful spaces at the top of everyone's local travel lists, STIL in the town of Montagu in the Western couldn't have been designed at a better time.

Owners Martly and Hanno Calitz, who already own a guesthouse down the road, seized the opportunity to create a second haven when a desirable river-front property came onto the market.

The couple enlisted Hendre Bloem, with whom they have collaborated over the years.

"Martly called when they had a basic plan," says Bloem. "Little did I know I had a weekend to come up with something as they started building the next week. But sometimes that's best - not having too much time to overthink it."

Bloem looked at all the elements - from landscaping to architecture and details like windows - and ended up tweaking the design to its current incarnation.

Martly had wanted a space that, while modern, didn't deviate too far from the spirit of the village. "There had to be elements of authenticity and honesty; we wanted to honour that," she says.

As a result, the design draws on elements of Cape Dutch style but also references the minimalism of Scandinavian and Japanese design. "I especially love the quietness of Japanese design," adds Martly. 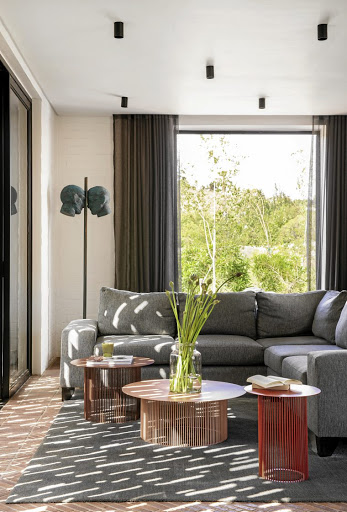 Note the 'decorative' shadow cast by one of the perforated sliding metal screens that open the interiors of the property onto the garden.
Image: Karl Rogers 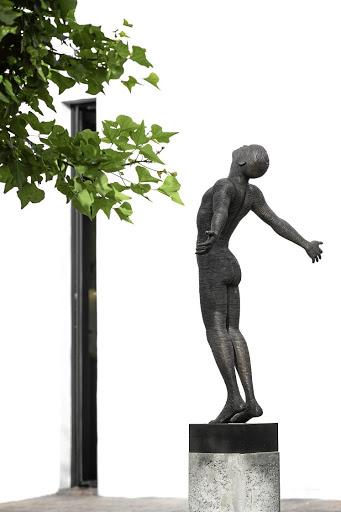 This aesthetic sensibility tied in well with the secluded location and the design was conceived largely to celebrate the setting.

"We designed it so that from every room you can either see plants or a mountain view. It was about creating a continuous transition from indoors to out," says Bloem, with details like the perforated sliding metal screens that open onto the garden serving a practical as well as an aesthetic purpose - filtering light in beautiful patterns.

Martly and Bloem were conscious to apply this level of customisation to everything, but visitors would never realise just how much attention to detail had been put in, judging from the tranquil, uncluttered end result.

"The whole idea of STIL is to be quiet and unwind, so we didn't want to unnecessarily fill the space," says Bloem. To imbue it with calm, he aimed for a deliberate sense of balance, contrasting a monochrome black and white palette with pops of primary colour and feminine curved walls with strong masculine straight lines.

Materials were approached in the same vein - the same paint colour throughout creates a seamless effect, but walls and floors have different textures. Likewise, the juxtaposition of clean, contemporary lines and traditional klompje floors bridges past and present. "We wanted to combine modern convenience and a sense of nostalgia," he adds. 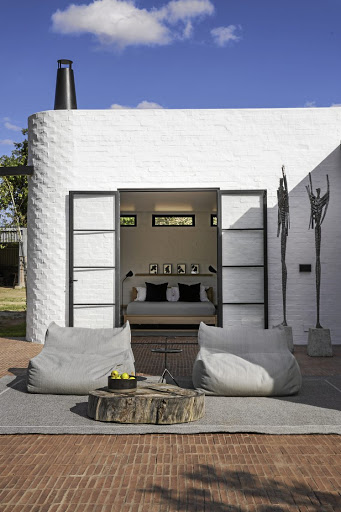 Many of the rooms open up to the garden creating a seamless flow between indoors and out.
Image: Karl Rogers 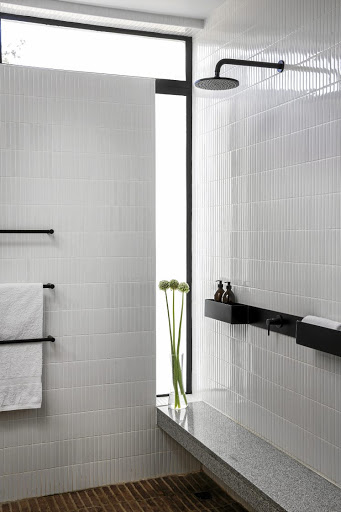 The influence of a Japanese-inspired design aesthetic can clearly be seen in this sleek bathroom.
Image: Karl Rogers

Furniture and decor were chosen with a emphasis on showcasing local. "We have world-class suppliers and design, so there was no reason to source anything from outside SA," says Martly.

The artwork - a mix of print, photographic and sculptural pieces - plays a role in creating a contemplative mood. Here a collaboration with Anton Smit, who felt the space resonated with his work, was key. His works, along with work by Sam Reinders, Joshua Miles and Bloem himself, occupy key focal points in and outside, offering moments of pause. All are carefully curated and consciously placed.

"We purposefully left a lot of space open," says Martly. "I read a book a while ago which ties into my core belief about how 'stuff' can suffocate you. And how we need space - to be and to create. This belief informed the whole design - we wanted to create a space for guests to come and find stillness."

Built in just six weeks, this hideaway makes the most of the dramatic views afforded by its setting in the remote Breede Valley
Lifestyle
1 month ago

Combining neutral materials and textures from natural stone to wood, linen, bamboo and more, these bedrooms have one trait in common: an atmosphere ...
Lifestyle
2 months ago

Groot Constantia creates a space for local design to shine