'Mare of Easttown' is the the most difficult thing I've done: Kate Winslet 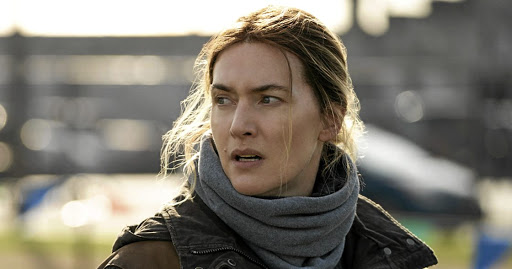 You've got to pay attention when watching Mare of Easttown, a seven-part miniseries that has the gritty bleakness of a classic television detective story. It's a story within a story, about friendship, family, broken people, drugs, murder and motherhood.

The series is about fallible people doing their best and failing, but also about people coming together in broken ways. It reminds you that in the mess of humanity, where good people are hurt randomly, it's relationships that see us through.

Anchoring the strong narrative is award-winning Kate Winslet, who confesses that the role of detective Mare Sheehan is “the most difficult thing I've done”.

“Her character felt a million miles away from me, she's nothing like me. That's pretty scary in a great way for an actor like me who likes to feel terrified and exposed. I've never done anything like this,” says Winslet. “I was excited to read something that gripped me. The story has such heart because it's rooted in truth. It came at the perfect time; I wanted to do something that was going to consume me.”

Kate Winslet gives an award-worthy performance in 'Mare of Easttown'

The limited crime series is a triumph
Lifestyle
4 months ago

Given the challenges, what made her lean in? “What I have in common with Mare was that real sense of family and how much it means to her to hold that together at all costs. Also, to be able to admit to herself that she's failed in a lot of areas. She tries desperately to correct those errors and to hold everyone as close to her as she can, even if she's a difficult person to live with. That doesn't change the fact that her love for her family is the thing that bolts her down and drives her. It's her number one priority. I was able to connect with that in the midst of all the other parts of her that were so far removed from myself.”

One of the biggest challenges for the England-born actress was the accent. “It was one of only two dialects that's actually made me throw things. I'd say, 'I can't do it! They're gonna think I'm shit!'" she smiles. “I don't get mad but that dialect and the one I had to do in the film about Steve Jobs were the worst. Finally, on the last day of the shoot, I felt like I'd nailed it.”

As to whether she'd make a good detective, Winslet scoffs. “I'd be a lousy detective. I'd be good at the coffee and the after-work beers, definitely. I could never do the job that Mare does. I don't think I have the mental stamina.”

To nail the part, shespent time with the Easttown and Marple Township Police Departments, going on drives in blacked-out vehicles in the opioid district to capture the essence of her character.

“We had a female police detective as an expert on set,” says Winslet. “She'd say, 'No, that's what they do on TV. Don't do that. That doesn't work.' She corrected us.”

Winslet has a healthy respect for audiences, and uses the fear that often drives her to take a role as a reminder not to rest on her laurels. “If it weren't for audiences, none of us would have a job. Mare of Easttown really hammered that home. With television shows, you go into the audience's homes, entertaining them in their front room. You have to honour that place and deliver.”

• All episodes of 'Mare of Easttown' are available to binge on Showmax.

The Oscar-winning actor chats to Margaret Gardiner about stepping out of his comfort zone for his latest film, the value of silence, and more
Lifestyle
6 months ago

Star of the Spider-Man franchise Tom Holland is taking on roles that say more about acting chops than superhero status, writes Margaret Gardiner
Lifestyle
6 months ago

The star of Amazon Prime's 'Underground Railroad' - directed by Oscar-winner Barry Jenkins - is the first local actress in history to headline a US ...
Lifestyle
5 months ago