Skateboarding is set to go mainstream when it debuts as an Olympic sport this year, writes Devlin Brown 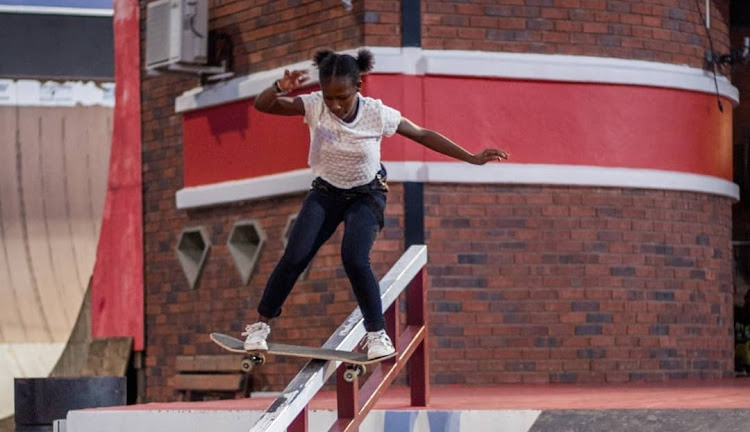 Boipelo Awuah,15, is one of four South African skateboarders who will compete at the 2020 Olympics in Tokyo.
Image: @erwythereyet

Four South Africans, ranging in age from just 15 to a mature 46 years old, will join Team SA in Tokyo in the ultimate achievement for amateur sports people: representing their country at the Olympics. What makes their story even more astounding is that they'll do it on skateboards.

Skateboarding is set to join surfing, sport climbing and karate as debutante sports at the Olympics, while softball/baseball makes a return.

The introduction of skateboarding, surfing and sport climbing marks the biggest move yet to bring subcultures, or rather, the X Games audience, into the mainstream.

Writing about skateboarding for the documentary Minding the Gap in 2019, Document Journal contributor Tia Glister noted: "Skaters imagine their bodies outside the boundaries of urban design and reappropriate environments designed to segregate or gentrify, imprinting their bodies on the city landscape."

She went on to write: "As a subculture, skating is predicated on community rather than competition, which makes it unlike most mainstream sports." 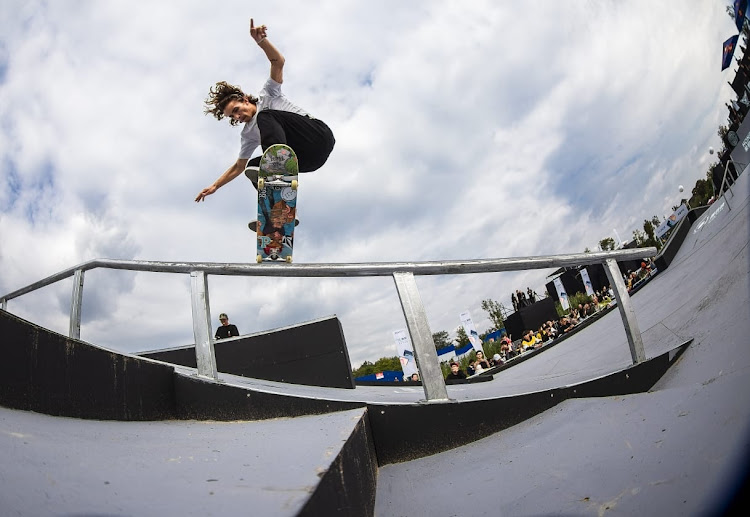 It's precisely this counterculture aura that's either endeared or alienated skateboarders. Punk rockers, rule-breakers, daredevils, loners — misunderstood by everyone outside the scene, they've skated along the fringes of society and faced the wrath of security guards for decades.

This makes the sport's inclusion at the Olympics such a big moment, and one that's greeted with elation in many quarters and suspicion in others, fearful that mainstream acceptance will water down the essence of skateboarding.

Boipelo Awuah, 15, Melissa Williams, 35, Brandon Valjalo, 22, and Dallas Oberholzer, 46, will carry the aspirations of skateboarding in SA in two disciplines in Tokyo. Awuah and Valjalo will represent the country in the street category, while Williams and Oberholzer will take part in the park category.

President of Roller Sport SA Wendy Gila says her organisation was asked by the South African Sports Confederation and Olympic Committee (Sascoc) two years ago to help the skaters participate in Olympic qualifying events. She said that Sascoc will cover every expense related to the athletes' Games participation. 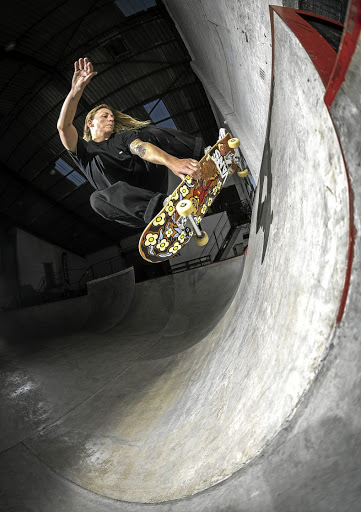 This is just the beginning for the sport, and Gila says the country needs more safe spaces for young people to develop the skills required to make it to the pinnacle of skateboarding. "There's a need for safe skating venues, and I don't mean international-level skate parks, just safe spaces for skaters to train basic tricks.

"But, just as important, if not even more so, is the need for trained and graded coaches to help skaters of all levels. The establishment of skating clubs has already started, and the training of administrators and judges will follow."

When asked whether Olympic recognition was good for skateboarding, Gila said some would question the move. "Turning skateboarding into a competitive sport is somewhat of a change of the culture of the sport, and not everyone is happy with this change. I think there will be two streams of skaters in the future, one competitive and one recreational."

The youngest in the skateboarding team, Awuah says she started skating at five, but her parents didn't let her go to the local skate park in Kimberley at that age because they were afraid of her being hurt. Instead, she waited until the ripe old age of six. "I fall all the time — I've never broken anything, I've just had a few concussions and an ankle sprain," she says.

Awuah is ecstatic about the opportunity and platform, cognisant of the fact that she'll become a role model to many young people. "I'm so excited and honoured to represent my country, this is a dream come true, and so grateful to everyone who's made this possible with sponsorships to help us travel — we were in Rome recently to qualify, and this wouldn't have been possible without all the help of everyone who's gotten behind skateboarding.

"My message to young people is that everything is possible, believe in your dream. Do any type of skateboarding, just don't compare yourself with others."

At 22 years old, street skateboarder Valjalo burst onto the scene when he was 14 by winning the South African and World Youth Championship.

"Representing my country in the Olympics has been a dream since I learnt that skateboarding would be included. It's a dream come true and it is going to give skateboarding a massive lift. As skateboarding becomes more competitive with regionals and nationals, the level of skateboarding - as people strive to get to the Olympics - is just going to grow from strength to strength," he said.

Valjalo, who hails from Johannesburg, agrees that there need to be more spaces for skateboarders to practise. "We need more spaces to practise our sport and art. Even with shooting corporate videos we often get chased away by security who say we're vandalising property. To us it's not that at all — we're recreating our art on the architecture, and it's beautiful."

Cape Town-based Williams, 35, who first climbed onto a board at the age of 12, says the Olympics will benefit skateboarding hugely. "I'm super excited, and to be honest it's a little surreal. The Olympics is a massive platform — I'm honoured.

"Skateboarding is a spectrum of opinions, beliefs and philosophies, from competitive to purist. The Olympics will not kill the essence of skateboarding, it will add a whole new dimension. The platform and publicity that will come from this is hugely exciting. A massive thank you must go to Roller Sport SA and Sascoc for the work they've done for our sport."

Speaking to Oberholzer, who is 46 and has been skateboarding for 35 years, it becomes apparent how inclusive the sport is — after all, he's 31 years older than Awuah. "The possibilities with skateboarding are endless," he says. "Look at me, I'm 46 years old, skateboarding regularly against 13-year-olds."

Being a veteran of the sport who's travelled the world solo, armed only with a skateboard, Oberholzer is a lifelong adherent to the culture of skateboarding.

"I see skateboarding as a culture before a sport. There is no way the Olympics will hold back skateboarding - some will be against it, but I embrace it. It feels like skateboarding has finally reached a pinnacle of being recognised. It's boundless, but if you want to enjoy it as a sport go ahead! It's high time skateboarding is spoken of in the same way as other sports.

"I just want to see more people skateboard. Embrace it however you want. You can look like a hardcore punk rocker or a ballerina - as long as you skate, it's cool with me. And skateboarders have a great culture of handing down their old gear for those wanting to get involved." 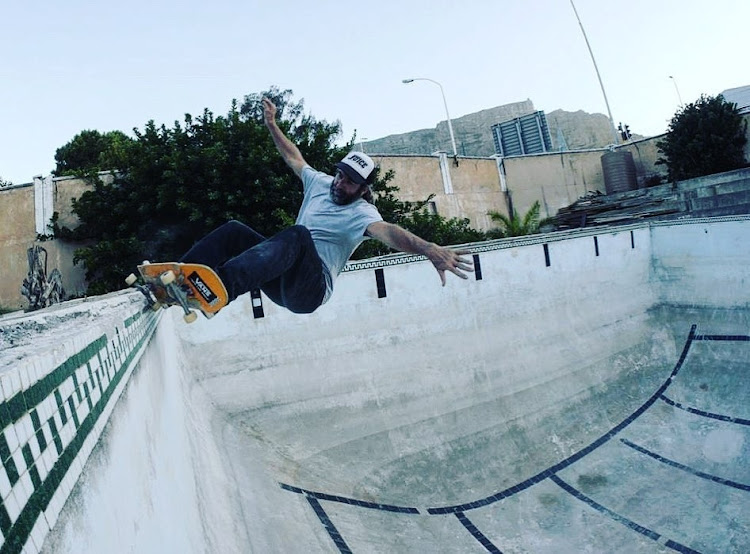 Oberholzer says that when he grew up people frowned upon skateboarding and thought skaters were wasting their time and lives. "It's been a long road and I can think of no better way to start winding down my professional career, and then continue to focus on supporting the next generation of skateboarders. I build skate parks for charities, and I look forward to the next stage of my career with this publicity."

Combrinck, who develops skate parks with his company called Sapumptrax, has made it his mission to "design and construct safe, controlled environments for progressive development of the youth and provide space for future generations to enjoy skateboarding".

He's ecstatic to see skateboarding finally get its moment in the spotlight. "What an amazing time to be alive and witness skateboarding included in the Olympics! I'm excited to see the progression and future development of skateboarding now that it has this recognition."

South African skateboarding star Brandon Valjalo has booked his spot at the 2020 Tokyo Olympics after years of hard work.
Sport
6 months ago

SA skateboarders are the new sports stars of the Olympics

Brandon Valjalo has fallen foul of police and security guards more times than he can remember, but his determination to land the perfect trick has ...
Sport
1 year ago